Springboks Bounce Back with win over Italy

After losses to England and France the Springboks got back to winning ways against Italy in Genoa.

Springbok coach Jacques Nienaber and captain Siya Kolisi praised their team’s effort as they outplayed Italy 63-21 at Stadio Luigi Ferreraris in Genoa in their third Castle Lager Outgoing Tour match and said the next step was to build consistency in their performances.

The Boks entered the clash against Italy coming off heart-breaking defeats against Ireland and France, but with the team determined to return to winning ways and give a handful of players set to return to their UK and European clubs on Sunday a proper farewell, they shone bright, scoring nine tries in the process.

The Springboks conclude their Northern Hemisphere tour against England at Twickenham next week Saturday.

“I’m pleased with the way we prepared for the match,” said Kolisi.

“We showed Italy the respect that they deserve, and as I said on Friday, they’re a very different team to a few years ago.

“We knew we had to play to the best of our ability, and it was clear by how tight the first half was. We had to dig deep. As South Africans we are used to facing adversity and we knew we had to lift ourselves. Our focus all week was only on the game because it was very important for us to get a win today.”

Kolisi added: “As a team we want to play well, score tries, offload and put people away, and we enjoyed the game today. We also enjoy the physical part of the game, and to get that balance right was important. That said, doing this once is not enough, we have to keep doing it.

“The last two games were very close, but I believe we are heading in the right direction.”

Nienaber echoed Kolisi’s sentiments and said: “We certainly all want to see the team moving forward in this direction. Today we capitalised on the opportunities we created, but I don't think it was a near perfect performance.

“We can always get better. That said, the work the guys have put in over the last month in terms of where we want to be heading into 2023 is great. The players are taking ownership and we are building.

Nienaber was uncertain about the extent of utility back Cheslin Kolbe’s injury and said he would have an update after consulting the team doctor. 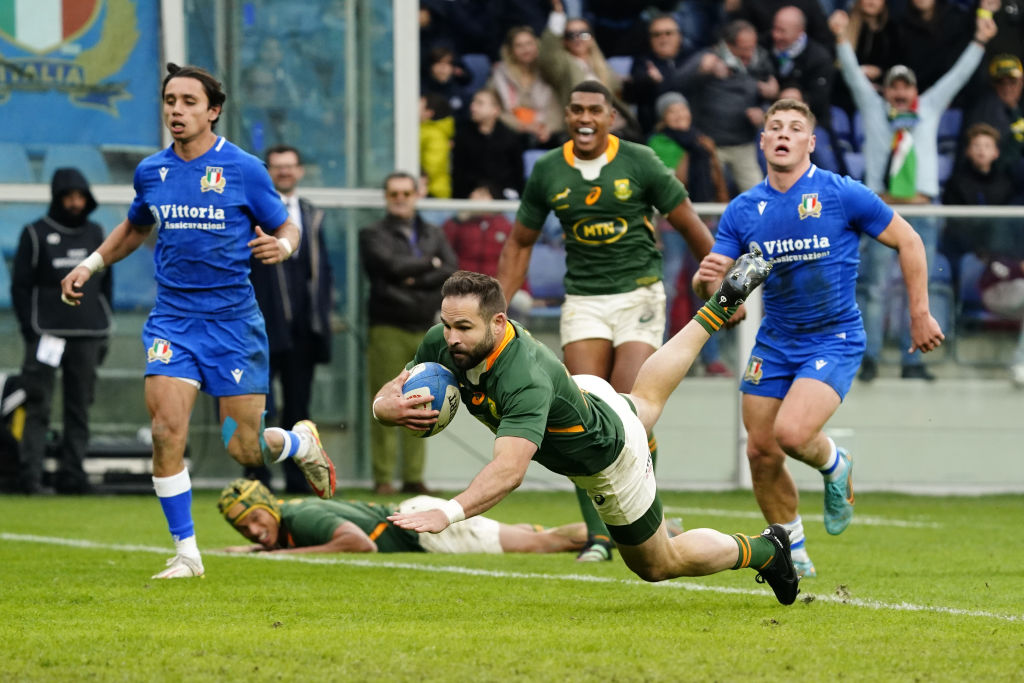