Springboks have announced seven changes to the starting 15 which lined up against New Zealand three weeks ago, to face England at Twickenham.

Duane Vermeulen and Warren Whiteley both return to the Springbok starting team and together with Siya Kolisi (captain) they will form a new-look loose forward combination for Saturday’s Castle Lager Outgoing Tour Test against England at Twickenham.

The much-anticipated Test will kick off the Springboks’ four-match tour of the United Kingdom and France, which also includes Tests against France, Scotland and Wales. Kick-off at Twickenham is 15h00 (17h00 SA time) and the Test will be televised live on SuperSport 1.

The Springboks have announced a side with seven changes to the starting 15 which lined up against New Zealand three weeks ago in Pretoria. No European-based players were considered for selection because the match falls outside the international Test window.

The reshuffled loose trio now consists of Whiteley at No 8 and Vermeulen at blindside flank, while Kolisi retains his spot on the openside. This means a return to lock for Pieter-Steph du Toit, who has played mostly in the No 7 jersey so far this year.

Whiteley has recovered from the groin injury which ruled him out of the Boks’ last two Tests, against the Wallabies in Port Elizabeth and the All Blacks in Pretoria, while Vermeulen missed the entire Castle Lager Rugby Championship campaign after he played a pivotal role in South Africa’s 2-1 series win over England in June.

Du Toit fills the vacant position of Franco Mostert and resumes his provincial second row partnership with Eben Etzebeth, who is the most experienced player in the team with 73 Test appearances.

The front row of Steven Kitshoff, Malcolm Marx and Frans Malherbe has been retained for the London fixture. With the experienced Tendai Mtawarira sidelined due to a neck injury, Thomas du Toit has been included on the bench.

Meanwhile, Lood de Jager is also included amongst the replacements and he is set to make his first Springbok appearance of 2018. The big lock has missed all the Springbok matches played so far this year as a result of a lengthy injury layoff.

There are also three changes to the backline. Damian Willemse is set to make his starting debut for the Springboks at fullback. Willemse has made three appearances off the bench already and he comes into the starting team in place of Willie le Roux, while Sbu Nkosi returns to right wing in place of Cheslin Kolbe.

Ivan van Zyl, who made his only start against Wales in June in Washington DC and has made three Springbok appearances altogether, gets the nod at scrumhalf.

Rassie Erasmus, the SA Director of Rugby, said the Twickenham showdown will be a huge test of character for his side.

“England will be desperate to win this one at Twickenham and they will select a formidable side,” said Erasmus.

“This match will be a huge tactical affair with much of the outcome depending on how you handle the set phases and kicking game.” 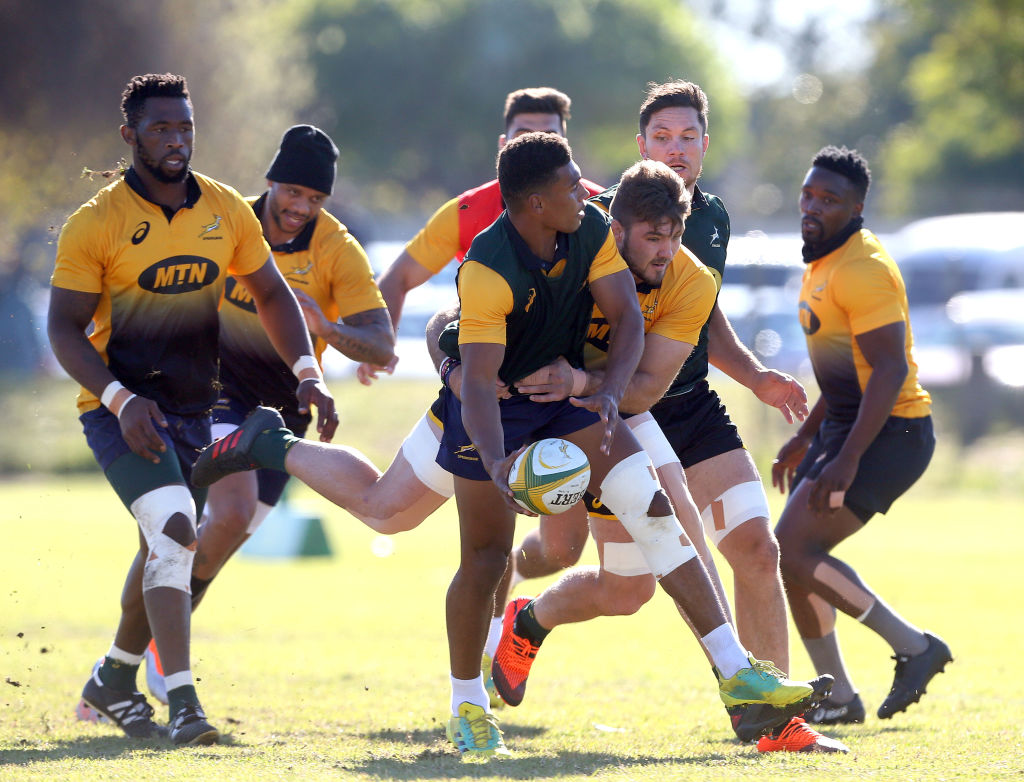