The Springboks will face the Wallabies on Saturday in Brisbane with a new-look front row, a reshuffled loose trio as well as a different midfield combination following the announcement of the South African match squad.

Rassie Erasmus, SA Rugby’s Director of Rugby, also included uncapped outside back Cheslin Kolbe on the bench, with the former Blitzbok and Junior Springbok speedster set to make his full Test debut should he join the action as a replacement.

Steven Kitshoff and Bongi Mbonambi will form a new-look front row next to Frans Malherbe, while Tendai Mtawarira and Malcolm Marx are set to play off the bench.

Siya Kolisi (captain) returns to the No 6 jersey after playing on the opposite side of the scrum against the Pumas in Durban and Mendoza. Pieter-Steph du Toit will start in the No 7 jersey and Warren Whiteley completes the loose trio at No 8.

Elton Jantjies swaps places at flyhalf with Handré Pollard, who is now amongst the replacements, with Faf de Klerk again performing the scrumhalf duties.

Erasmus also rotated his midfield, which means a first start this year for Damian de Allende, who will resume his centre partnership with Jesse Kriel. Aphiwe Dyantyi and Makazole Mapimpi (wings) and the experienced Willie le Roux completes the rest of the South African backline.

“We are looking for a good response on Saturday against the Wallabies and I am sure that this side will be up to the task,” said Erasmus.

According to the Bok mentor, both sides will be desperate to succeed as a result of their respective results in the previous round of matches.

“Australia, playing at home, will no doubt be highly motivated to bounce back, so we have to be ready for a huge contest,” said Erasmus.

“We have worked hard to rectify our errors of last week and we know the set piece and breakdown battles are going to especially be important. The Wallabies are known for their abilities at the breakdown and we will have to be accurate and disciplined in those areas.” 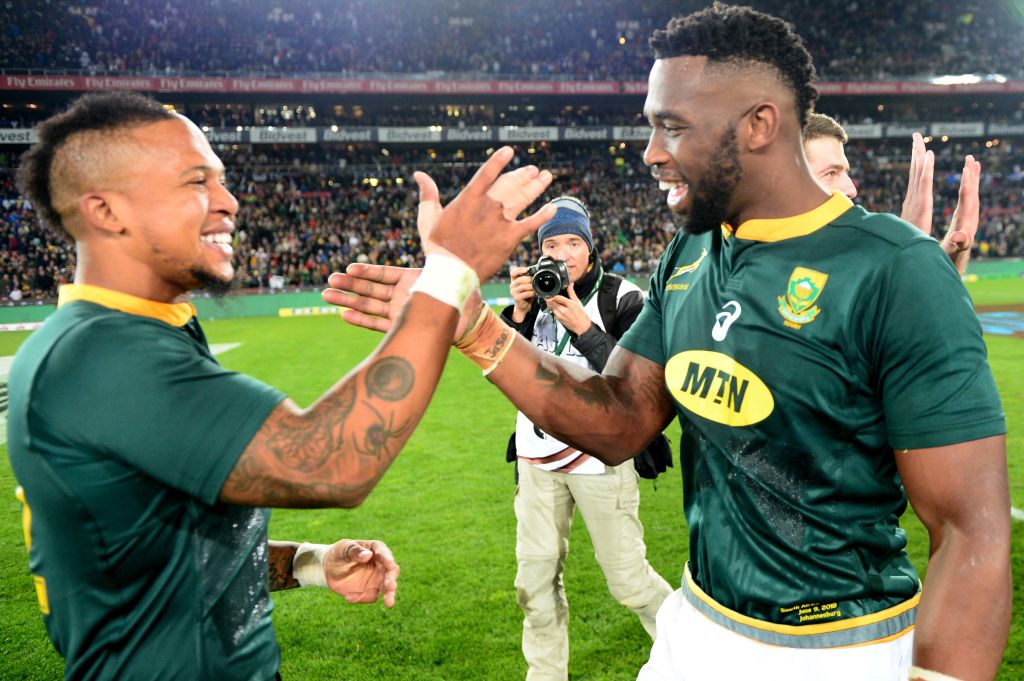 Elton Jantjies has been recalled into the Springbok starting XV