Who are, have been, the best scrum-half and fly-half combinations in the Championship?

The strength of the chemistry between the scrum-half and fly-half goes a long way in determining the outcome of a rugby match. The fly-half needs clean distribution from his No.9 at the ruck to unlock the potentially successful plays of the backline. Which partnership in The Rugby Championship has stood above the rest?

It is the New Zealand tandem of TJ Perenara and Beauden Barrett who been the most successful pairing of any combination in The Rugby Championship to have played at least four games together, currently sitting on a 100% winning record (4/4). Their debut as the All Blacks’ starting combination in The Rugby Championship came on 1st October 2016 in a 36-17 victory away to Argentina, TJ scoring a try and Beauden laying on a try assist and slotting four of his five conversion attempts.

It is a testament to the skill of Beauden Barrett that he finds himself in second on the list for his partnership with Aaron Smith, the most common player to appear in the top four. Smith and Barrett first started together in The Rugby Championship on 6th September 2014 on home soil against Argentina in a convincing 28-9 win, Aaron scoring a try while Beauden set up two tries, beat four defenders and gained 37 metres.

Nick Phipps and Bernard Foley (Australia) [pictured below] are the first double act to appear on the list from outside New Zealand, both playing the entire 80 minutes in their first outing together as the Wallabies’ starting partnership (6th September 2014) against South Africa in a close 24-23 win. The Springboks’ most successful entry on the list is the pairing of Faf de Klerk and Handre Pollard, with both players impressing the first time they teamed up to start in The Rugby Championship (18th August 2018). Argentina were the opposition as de Klerk scored a try, produced three try assists, a clean break and beat two defenders while Pollard beat four defenders, made two offloads and a clean break.. 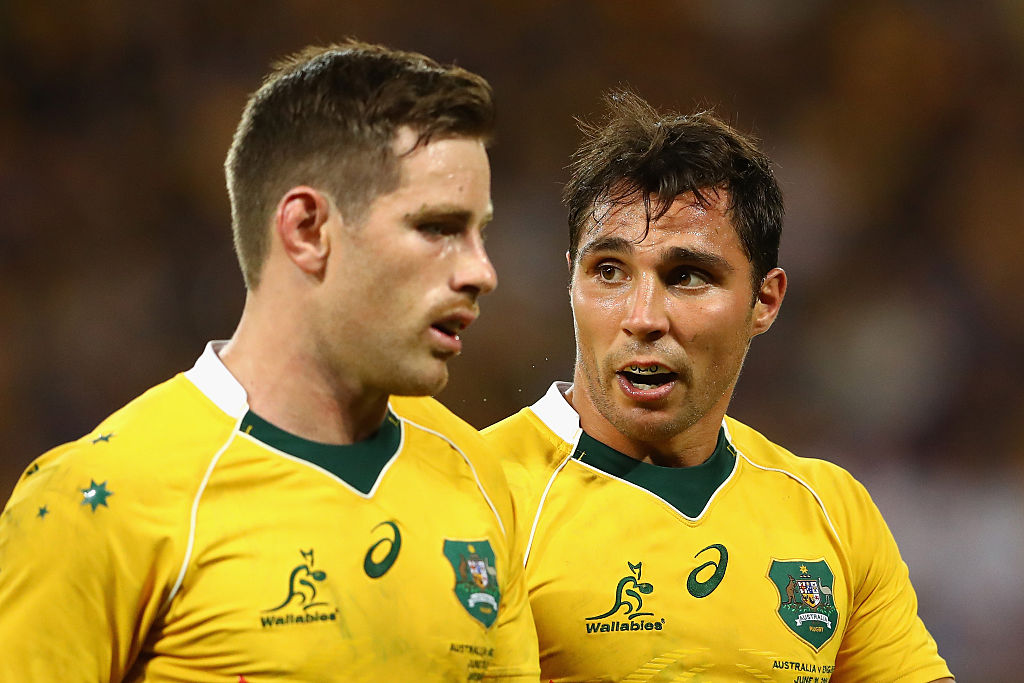 All four teams will head into the final round of fixtures of The Rugby Championship 2019 eager to sign off with a victory and build on team cohesion and a style of play for the adventures that await later in the year.