The Return of Pocock

After victory in their most recent encounter with the All Blacks last year and coming within a whisker of a win in Dunedin, the Wallabies are closer than ever to halting the New Zealand juggernaut that has rolled to 14 consecutive Bledisloe Cups.

It has been 16 years since Australia last held the Bledisloe Cup, way back in 2002 when the Cup was decided on points differential as both sides won a Test apiece. Can the Wallabies win it back in 2018?

The last time Australia raised the Bledisloe the likes of Larkham, Burke, Mortlock and Gregan were wearing the green and gold. Such players and their talents are a memory now but the current [and future] crop of players in Australian rugby are starting to show promise and Wallaby fans have cause to be optimistic.

A key player missing from the Wallabies recently has been the world-class David Pocock who took a sabbatical for one year in 2017. Now back in action he has begun to show his form of old with the Brumbies in Super Rugby and against Ireland with the Wallabies. This is important for the Wallabies as Pocock’s influence and effect on the national team has been significant since making his debut back in 2008. When Pocock plays Australia wins 63% of its games but in his absence wins only 52% of its games. 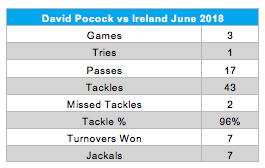 Another interesting statistic is the Cheika-Pocock win ratio. Coach Michael Cheika has a win percentage with Pocock playing of approximately 65%, in comparison to when Pocock is unavailable when it is only a 40% win ratio. Such statistics highlight his ability and influence which have been enormous for the Wallabies. Indeed his turnovers and strength at the breakdown saw him finish the World Cup in 2015 with the most turnovers (17) in the tournament.

Talking about his break from rugby David Pocock stated:

“Probably just the time away from the game that’s allowed me to mentally refresh. I got the chance to reconnect with family and friends in Zimbabwe and that was really special. With the busy travel schedule of rugby, I haven’t had the chance to see them in a long time so it was great to spend some quality time with them. I did a couple of short courses as well and then it was really enjoyable to play in Japan too, where it’s a really different style of rugby and culture. Japan will host a great World Cup there next year and I know the people will be right behind it.”

Wallaby fans will be further encouraged by Pocock’s comeback Test against Ireland in June. It was a match to remember with incredible statistics and he scored the match sealing try in the First Test.

When questioned about his comeback to help the Wallabies defeat the number two ranked Irish, he said, “It’s obviously been great to be back. I’ve enjoyed being with the Brumbies again too and it’s always an honour to play for the Wallabies and pull on the gold jersey. Just really enjoying being back in the team and the environment. I know we’re building something special ahead of the World Cup next year and while we’re focused on the games in the immediate future, we also have one eye on Japan.”

Pocock also gave an indication of the young talent that has caught his eye this season, “There’s quite a few that have caught my eye. We have three really young hookers coming through in Brandon (Paenga-Amosa, Tolu (Latu) and Folau (Fainga’a). They will continue to get better and better but have already shown they can match it at Test level. Then there’s the second rowers in Izack (Rodda) and Lukhan Tui. And while they aren’t as young there’s a couple of new faces in the backrow in Pete (Samu) and Caleb (Timu) who have come in this year and slotted in straight away.”

Lastly, when asked about the upcoming Bledisloe Cup and his role in the backrow, Pocock replied, “There’s still a lot of rugby to be played before then but we’re always going out there to win every game. I really haven’t thought that far ahead yet but we really want to make our fans proud of every performance. In terms of the jersey I’m wearing, I don’t really see a difference. We have our individual role to play irrespective of the number on our back.” 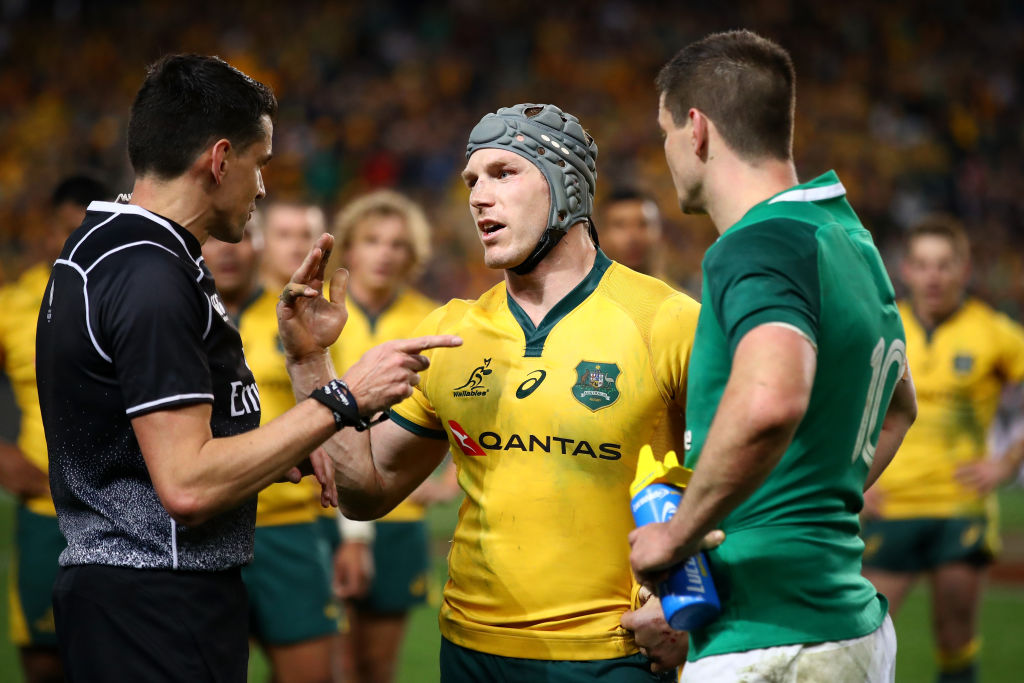 David Pocock’s impact on the Wallabies is large, but another player worth mentioning is Will Genia, whose Rebels got off to a flying start to the season by winning four out of their first six games. Genia’s injury through the half way mark of the season was severe, he missed several matches with the Rebels slipping out of contention in the Australian conference.

Although there may be pressure on the Wallabies to finally win back the Bledisloe Cup, the All Blacks can no longer boast the likes of McCaw and Carter. That said they have remarkable depth and a host of world-class players and Kiwi teams have been very dominant in Super Rugby in recent times. This season the Australian teams struggled early on but started to win against Kiwi opposition as the season headed towards the Finals. A Wallaby team featuring Pocock and his backrow counterpart Hooper and a host of talented youngsters may lead to the start of a new era and a resurgence for Australian Rugby.

Some advice for the Wallabies? The phrase “Better people make better All Blacks”, underpins one of the world’s best sporting teams and its success throughout the last few years. The importance of strong culture, leadership and excellence cannot be underestimated and may well be a key driving force in helping Australia regain the Bledisloe Cup and Rugby Championship throughout the next few weeks.