S’busiso Nkosi, Aphiwe Dyantyi and RG Snyman will make their Springbok debuts on Saturday when South Africa face England in the opening Test of the Castle Lager Incoming Series in Johannesburg.

The exciting wing pair and imposing young lock were included in a revamped Springbok team for the clash at Emirates Airline Park, which starts at 17h05. The Boks will also be skippered by a new captain in Siya Kolisi.

Saturday’ starting team is a completely revamped combination from the side that lost by a narrow margin to Wales last Saturday in Washington, with only Wilco Louw possibly starting again if Trevor Nyakane is not cleared to play.

Nyakane, who is nursing a rib injury, has been bracketed with Louw and will be given until Friday when a call on his inclusion will be made.

Experienced fullback Willie le Roux and lively scrumhalf Faf de Klerk were included in the starting team, while Duane Vermeulen has been named at No 8. Le Roux, who like De Klerk last played for the Springboks in 2016, provides valuable experience to a new-look back trio with Nkosi and Dyantyi.

De Klerk, who had an outstanding season with English Premiership side Sale Sharks, partners Handré Pollard at halfback, while Vermeulen teams up with Jean-Luc du Preez and captain Kolisi in the loose forward combination.

The uncapped Snyman has been a steady force for the Vodacom Bulls this year and he deservedly earns his first Springbok cap as lock partner to the industrious Franco Mostert, while Pieter-Steph du Toit will play off the bench.

Tendai Mtawarira (prop) is now just one Test away from a century of Springbok caps after he was named to start next to Bongi Mbonambi in the front row.

“We have some good experienced players while there are some really exciting young men who have earned their opportunity to play for the Springboks,” said Erasmus.

“I am especially pleased for the three newcomers, Aphiwe, Sbu and RG, and I am looking forward to see how they will perform in tough Test match conditions against a formidable opponent.”

According to Erasmus his side know what to expect from England, whom he described as a very well-drilled team under the leadership of Eddie Jones.

“England are a top-class, quality side and they will do doubt be very determined to be successful in this series, and with us desperate for success as well it means that the supporters can expect a really good Test match Saturday,” said Erasmus.

“We have prepared as well as we could and the players are looking forward to playing in front of our passionate supporters in Johannesburg.” 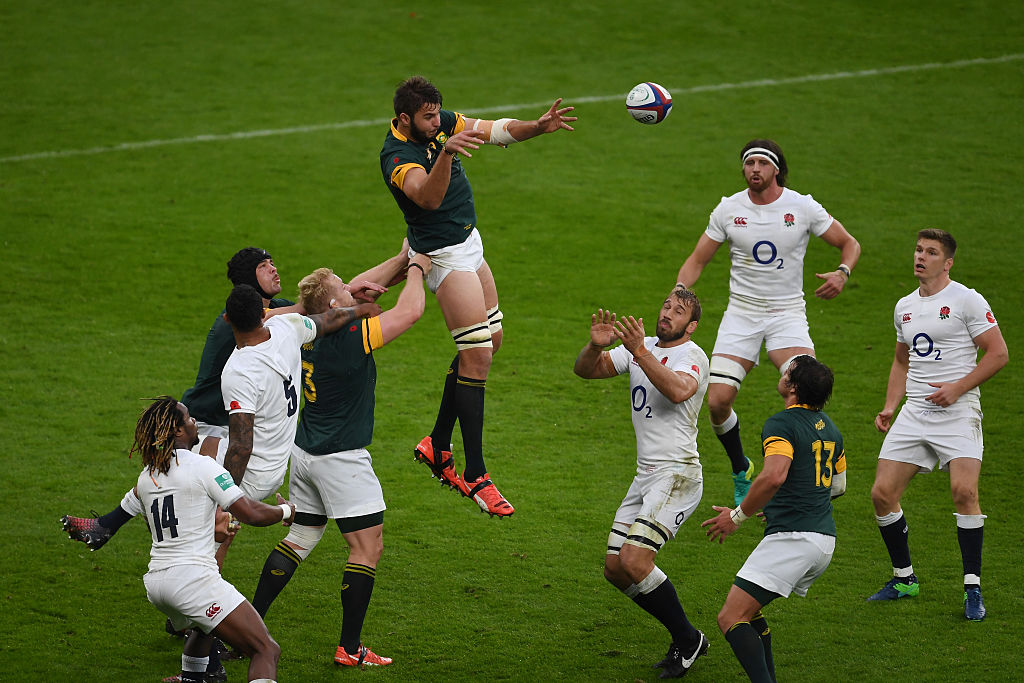 Springboks versus England at Twickenham, London in 2016