Both teams scored four tries in the Bledisloe Cup opener last week but both coaches have made changes for the first TRC match.

Wallabies coach Dave Rennie has named Lachlan Swinton and Marika Koroibete in the starting side for the second Bledisloe Cup Test in Auckland on Saturday night.

They are two of the four changes to the XV, with the experienced Matt To’omua elevated to inside centre for the must win match at Eden Park while Matt Philip starts in the second row.

The front row remains the same for the third consecutive week, James Slipper the starting loosehead prop alongside hooker Brandon Paenga-Amosa with the reliable Allan Alaalatoa at tighthead prop.

Philip will partner Darcy Swain in their first Test start together in the second row, while Swinton’s inclusion has forced a reshuffle of the loose forwards that sees Rob Valetini move to no. 8. Michael Hooper will skipper the side for the 57th time at openside flanker.

The young halves pairing of Tate McDermott and Noah Lolesio get another chance to build on their combination, with Hunter Paisami moving to outside centre to partner To’omua in the midfield.

After an impressive Bledisloe Cup debut, Rebels flyer Andrew Kellaway earns his second start in Wallaby gold alongside Koroibete and fullback Tom Banks in the back three.

67-Test capped prop Scott Sio has been named in his first Wallabies side of 2021 as the finishing loosehead. Jordan Uelese is the replacement hooker with Taniela Tupou set to share the minutes with Alaalatoa at tighthead prop.

Reds duo Lukhan Salakaia-Loto and Harry Wilson will cover the second and backrow.

Brumbies number nine Nic White is also set for his first appearance for the Wallabies in 2021 after recovering from a knee injury.  He’s joined on the pine by club teammate Len Ikitau and the versatile Reece Hodge who rounds out the matchday 23.

Wallabies coach Dave Rennie said: “Eden Park is a place that most teams fear but we’re excited to get another crack after last weekend’s disappointment.”

“To beat New Zealand, you have to win the collisions and be clinical for 80 minutes and we didn’t do that.

“We’ve got a lot more in us and we’ll show that on Saturday night.” 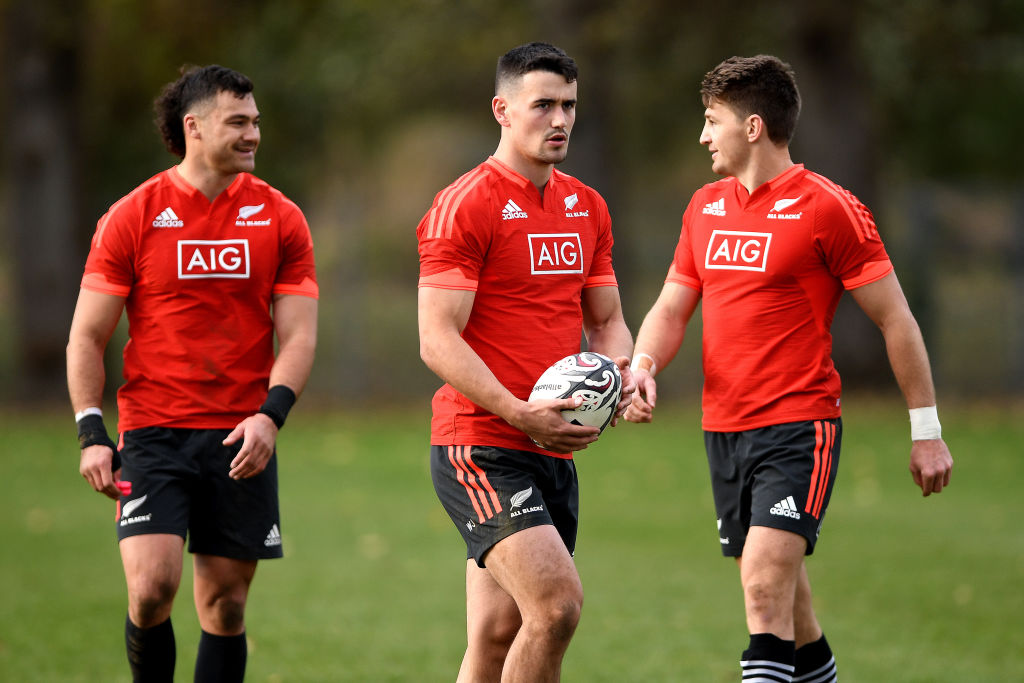 Will Jordan returns to the All Blacks starting XV against Wallabies

The All Blacks selectors have gone with the same forward pack named to start the first Bledisloe Cup Test, with hooker Samisoni Taukei’aho coming onto the reserves bench for Dane Coles, and Scott Barrett also returning as reserve lock.

In the backs, Rieko Ioane moves to centre, replacing Anton Lienert-Brown, who took a knock to his knee on the weekend. Sevu Reece moves to the left wing and Will Jordan comes in on the right wing. Halfback TJ Perenara also returns to the All Blacks matchday 23, as halfback reserve.

All Blacks Head Coach Ian Foster said: “We’re all excited to be returning to Eden Park for the second Bledisloe Cup Test. It’s been a very ‘forward looking’ week. We were delighted with the result last weekend and obviously had some things that we had to work on this week so that has kept us focussed.

Foster said there was huge motivation amongst the team ahead of this weekend.

“We know that Australia will be disappointed with the result and will lift. It’s a do or die game for them.

“But the Bledisloe Cup means a lot to us. It’s an historic trophy and it’s easy for people to take it for granted based on results in recent years, but throughout history it has been a hard Cup to win, so it’s hugely important.”