The teams for the Bledisloe Cup clash at Marvel Stadium in Melbourne have been announced.

71-Test Wallaby Bernard Foley has been selected for his first Test since 2019, named at flyhalf for Thursday night's first Bledisloe Cup Test against New Zealand in Melbourne, after Noah Lolesio was ruled out of the match.

He's one of eight changes to the run-on side made by Wallabies coach Dave Rennie, with Foley to partner NSW Waratahs skipper Jake Gordon in the halves, who starts in the number nine jersey for the first time this year.

James Slipper will lead the side out in his 122nd Test, which takes him to outright third on the list of most-capped Wallabies behind George Gregan (139) and Stephen Moore (129).  He'll combine with hooker David Porecki, who returns to the starting side, and Allan Alaalatoa who is named at tighthead prop.

The versatility of Jed Holloway allows him to start at lock for the first time in his Test career, partnering Rebels vice-captain Matt Philip in the second row.

An all Melbourne-born backrow sees Rob Leota return as the starting blindside flanker, Pete Samu earn his first start of the 2022 campaign at openside and Rob Valetini in the familiar number eight jersey.

The fleet footed Lalakai Foketi gets another opportunity to partner Len Ikitau in the midfield, at inside and outside centre respectively, with Hunter Paisami also unavailable for selection.

Superstar winger Marika Koroibete will bring up his 50th appearance for Australia at Marvel Stadium, named on the right wing, with Tom Wright to line up on the left edge.

Rebels flyer Andrew Kellaway returns to fullback for the clash at Marvel Stadium to round out the starting XV.

Darcy Swain and Fraser McReight have also been named on the pine to cover the lock and backrow respectively.

Brumbies number nine Nic White will bring energy and experience as the replacement scrumhalf, while Reece Hodge's versatility will again be called upon throughout the Test.  Melbourne-born Jordan Petaia completes the gameday 23.

Thursday night's Test will be the first time the Wallabies and New Zealand have met in Melbourne since 2010.

Wallabies coach Dave Rennie said: “It's great to have Bernard's experience and he brings plenty of voice and passion for the gold jersey."

"New Zealand showed their class in a massive win over Argentina last week and will come to Melbourne full of confidence.

"We're well aware of the opportunity in front of us over the next fortnight and we're extremely motivated to make the most of it." 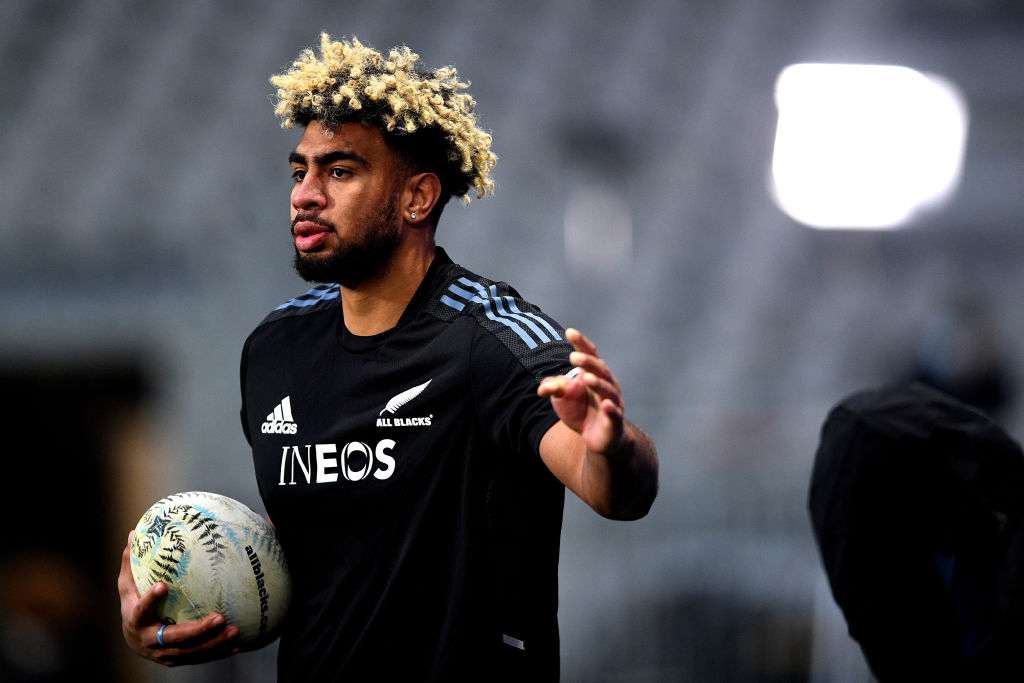 All Blacks selectors Ian Foster, Joe Schmidt and Jason Ryan have announced the match-day 23 for this week’s Lipovitan-D Rugby Championship Test against Australia at Marvel Stadium in Melbourne.

Captain Sam Cane will lead the side in a loose forward trio which has undergone forced changes for Thursday’s Test. Scott Barrett has been selected at blindside flanker, while Hoskins Sotutu is set to feature at number eight for what will be his 11th Test and first of the 2022 season.

Barrett’s move to the side of the scrum sees 96-Test lock Brodie Retallick brought back into the run-on side where he will re-join long-time second row partner Samuel Whitelock.

The backline remains unchanged after the side’s win over Argentina in Hamilton.

In the only change to the reserves, Akira Ioane has been brought in to provide cover alongside fellow specialist loose forward Dalton Papali’i. If called upon, Dane Coles will play his 84th Test match, surpassing Andrew Hore (83) as the third most-capped Test hooker in All Blacks history, behind Sean Fitzpatrick (92) and Keven Mealamu (132).

“We can’t wait to kick off what should be a fantastic Lipovitan-D Rugby Championship Test, which doubles as the opening Bledisloe Cup clash of the year,” said All Blacks Head Coach Ian Foster. “We are incredibly driven to keep hold of this trophy which means so much to both countries.

“And when you factor in how tight this year’s Rugby Championship is, all signs point towards another great Test match here in Melbourne.”

Thursday will be just the fifth time the All Blacks have played against Australia in Melbourne - the last one taking place in 2010.

This series also marks 90 years since the Bledisloe Cup was first presented in 1932.