Under Strength Wallabies Fall To England

The Wallabies have gone down to England 32-15 at Twickenham in their penultimate match of the year.

It was an all-out aerial assault in the early stages before James O’Connor settled the Wallabies with the first points off the tee to edge ahead.

The lead didn’t last long though as Freddie Steward scythed through for England to dive over next to the points for the game’s opening try.

England captain Owen Farrell and O’Connor traded penalties as both sides fought for territory and possession before a yellow card to Tom Wright gave the hosts the impetus.

A Nic White try-saving tackle boosted the Wallabies though, as the lively number nine punched the ball clear out of Jamie George’s grasp as he went to plant it over the line.

An Australian scrum penalty against the feed then gave the Wallabies territory to close out the half and three points from the boot of O’Connor narrowed the margin to just four points at the break.

The Wallabies close the gap to just one point after another O’Connor penalty early in the second period before Angus Bell was shown yellow card for a dangerous tackle with 30 minutes left to play.

It was a double blow for Australia shortly after as Michael Hooper was forced off with an injury, causing Dave Rennie to shuffle his backrow. 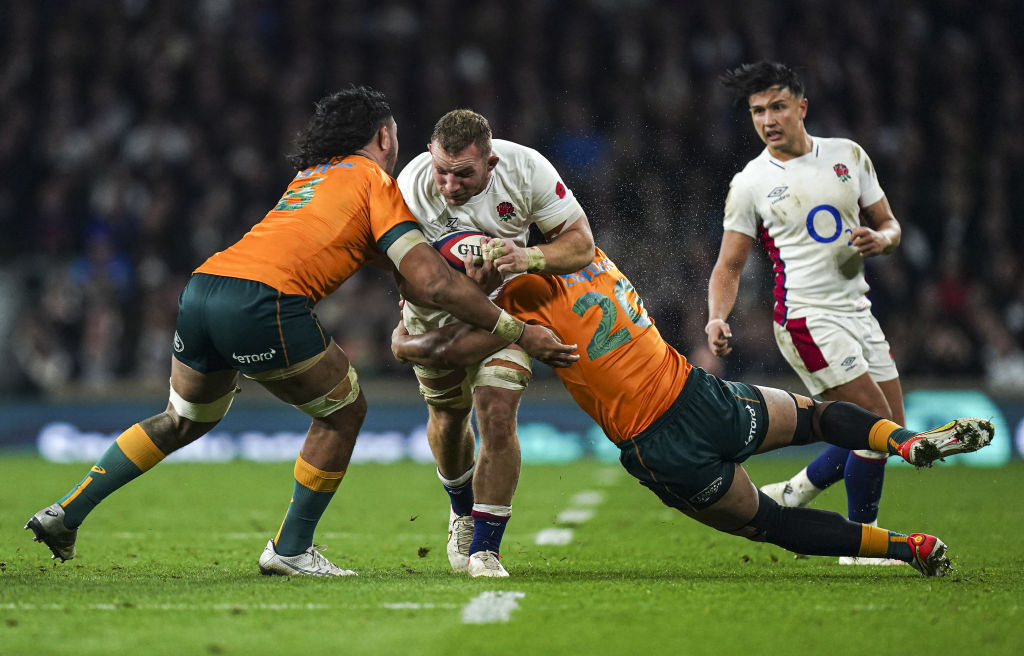 The Wallabies continued to face the ire of the refereeing team, as the penalties racked up against the visitors and allowed England to kick clear with just 10 minutes left.

Australia threw caution to the wind in the late stages to narrow the margin, but it wasn’t to be as England’s reserve hooker Jamie Blamire closed out the match with a try after full-time to send the Twickenham crowd into a frenzy.

The Wallabies will face Wales in their final clash of 2021 next Saturday in Cardiff.