Both coaches have tweaked their starting XVs for the second consecutive TRC Test between the Wallabies and Springboks at Suncorp Stadium.

Michael Hooper will surpass George Gregan for the most Tests as Wallabies captain when he leads the side out in Saturday’s eToro Rugby Championship clash with South Africa at Suncorp Stadium.

The 29-year-old will skipper the side for the 60th time in Brisbane after first captaining Australia as a 22-year-old in 2014, which made Hooper the third youngest Wallabies leader of all time. Since making his International debut in 2012, Hooper has gone on to play 112 Tests for his country and will start in a settled back-row alongside Lachlan Swinton at blindside flanker and no.8 Rob Valetini.

Fellow centurion James Slipper returns to the run-on side alongside Taniela Tupou who earns a second start in 2021 at his home ground, with Folau Fainga’a finalising the front row at hooker. Izack Rodda will continue his impressive return to the Test arena, again partnering Matt Philip in the second row at Suncorp Stadium.

Brumbies number nine Nic White is the only change to the backline, earning his first start for the year and reigniting his partnership with last week’s match-winner Quade Cooper in the halves.

The damaging midfield duo of Samu Kerevi and Len Ikitau will get another chance to build their combination at inside and outside centre respectively. Tom Banks has again been named at fullback with the 27-year-old having worn the number 15 jersey in every game for the Wallabies this year. He’s joined in the back three by Marika Koroibete and the in-form Andrew Kellaway.

Western Force regular Feleti Kaitu’u will get another opportunity after an impressive Test debut in last weekend’s win, while club teammate Tom Robertson returns to the Wallabies side for the first time since 2018. Angus Bell is the other replacement prop.

Darcy Swain has recovered from a foot injury to reclaim his spot in the matchday 23 as the second row replacement with his Brumbies teammate Pete Samu the remaining forward cover.

Tate McDermott will provide his trademark spark as the finishing scrumhalf with Reece Hodge also set to add his versatility from the pine. Brisbane local Jordan Petaia rounds out the matchday 23.

Suncorp Stadium has proven a happy hunting ground for the Wallabies in recent years, with Australia having won eight straight Tests at the venue since 2016. A victory against the reigning world champions on Saturday night would also secure the Nelson Mandela Challenge Plate for the Wallabies.

Wallabies coach Dave Rennie said: “It’s an incredible milestone for Hoops on Saturday evening in Brisbane and it’s a testament to him as a person and a player. I’ve been so impressed with his leadership both on and off the field and his drive to be better every day."

“We were really proud of the effort from our men last Sunday and we’re well aware of the ferocity that a wounded Springboks outfit will bring to Suncorp Stadium.” 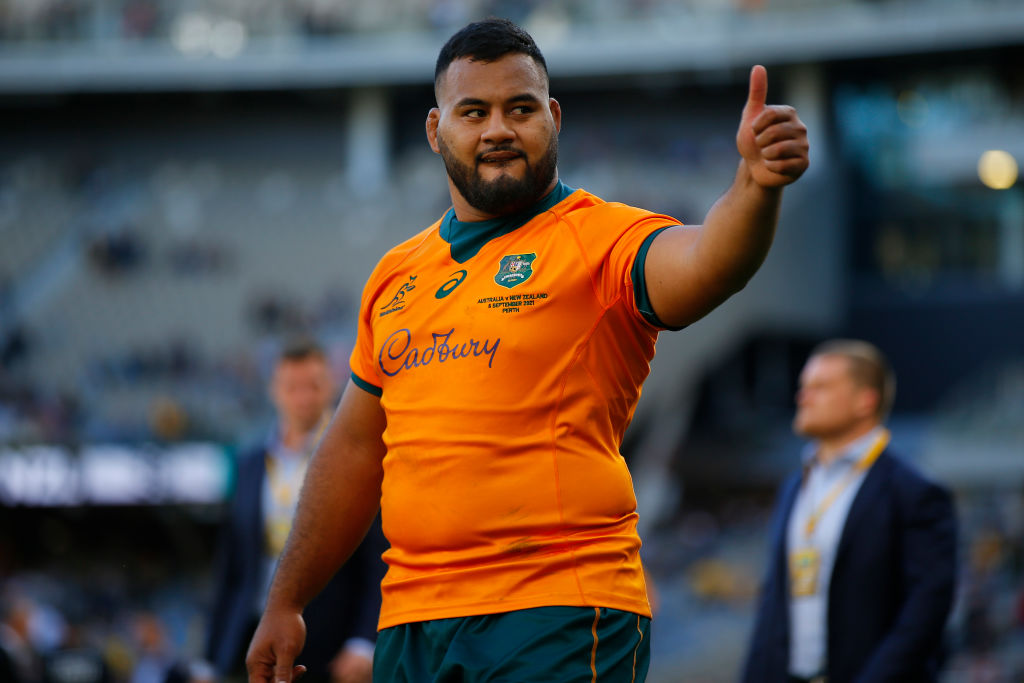 Wallaby prop Taniela Tupou back in the starting XV.

Springbok coach Jacques Nienaber opted for continuity in selection for their Rugby Championship clash against Australia in Brisbane on Saturday, making only three changes to his match day squad – one of which was enforced – as the Boks aim to bounce back from last weekend’s defeat to the Wallabies.

In the two personnel changes in the starting lineup, Marvin Orie takes over at lock from Lood de Jager, who has started his concussion return to play protocol, and Trevor Nyakane was named at loosehead prop, with Steven Kitshoff named amongst the replacements in place of Ox Nché.

Nyakane, who boasts 48 Test caps, and Orie last ran out for the Springboks in the team’s second Test against Argentina in Nelson Mandela Bay a little over three weeks ago – and with the set pieces and contact points expected to be key areas of the game, they will look to make their presence felt.

Nienaber again opted for a six-two split of forwards on the bench where Marco van Staden, Kwagga Smith and Jasper Wiese will add impetus along with the front row of Kitshoff, Malcolm Marx and Vincent Koch, while Herschel Jantjies and Damian Willemse will provide cover in the backline.

“This is an experienced group of players who knows what it takes to deliver under pressure, and we all know what we need to do to bounce back from last week’s defeat,” said Nienaber.

“Trevor is a Rugby World Cup winning prop and his experience, as well as Steven’s experience off the bench, will be valuable against the Wallabies, who place a big emphasis on the scrums, much like we do.

“Marvin has also been in our system for a while. He has been working hard at training, and this will be another great opportunity for him.

“We identified the areas in which we need to be more effective this week, and we have been working hard at training to rectify the mistakes we made, so the key for us will be to be as competitive as possible in every contest during the match so that we can lay a good foundation to attack from and to use our point-scoring chances.”

“Australia were desperate to win last week, and it showed in the way they played. There is no doubt the result would have given them confidence, so we are expecting to them deliver a similarly driven performance this week."

“That said, we know what we are capable of as a team, and we created sufficient opportunities to win last week, but we didn’t capitalise on them. So, we back our systems and structures, and it is now a matter of being as effective as possible in executing our plan.” 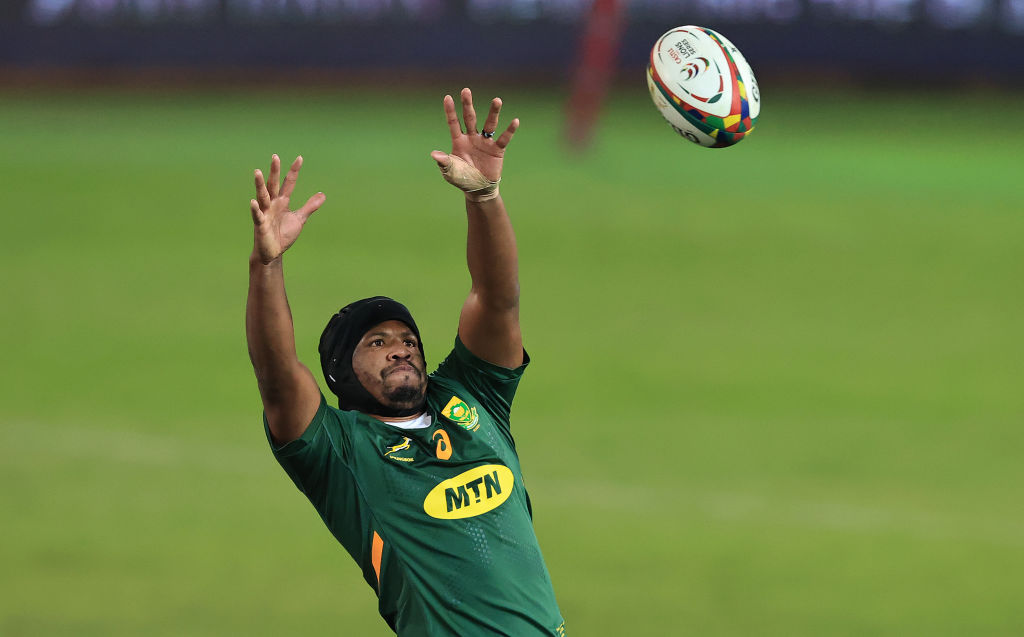