A thee-try burst set up 26-7 victory for the Wallabies over Italy in Padova overnight, maintaining Australia’s unblemished Test record against the Italians.

Speedster Marika Koroibete crossed for a double in the space of five minutes in the lead up to half time, and hulking prop Taniela Tupou barged over for another five-pointer just after the break to set the Wallabies on course for victory in an otherwise tight contest.

The Wallabies had been fortunate not to trail early in the match, after Michael Hooper was forced to make a trysaving tackle on Italian number 8 Braam Styen before half Tito Tebaldi had a potential intercept try erased for being offside at the lineout.

But when they did eventually start to mount some possession, it was some straight, hard running from centre Samu Kerevi that put the Wallabies on the front foot as he sent Koroibete away for the first of his two on the day.

Koroibete’s second, from an Adam Ashley-Cooper offload, five minutes later set up an unlikely 14-0 lead at the half and when Tupou powered his way over right after the break it appeared the Wallabies would run away with it.

It was a successful return to the national team for the veteran Ashley-Cooper, who played a hand in three of the four Wallabies tries while making his first Test appearance since 2016.

Australia’s only blemish on the scoreboard came in the 46th minute when Italian winger Mattia Bellini scooped up a loose pass to score a runaway try which haulted the Wallabies scoring momentum.

In a match that was closer than the final score indicated, the Wallabies lost David Pocock in the 51st minute after he failed a HIA test. Replacement half Will Genia dotted down late to give the visitors the final say. 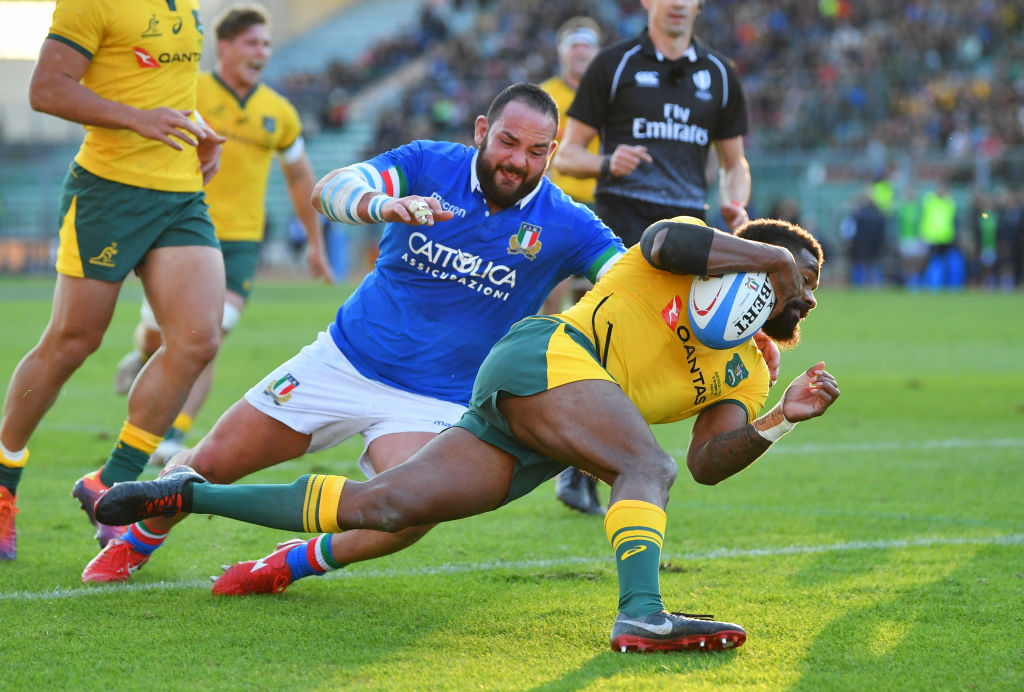