The Wallabies have crashed to a 37-18 defeat to England after the two sides were deadlocked at half time at Twickenham Stadium in London.

The Australians looked set to go ahead before the break but when lock Izack Rodda was stopped short of the tryline by what appeared to be a no-arms tackle from England flyhalf Owen Farrell, the Wallabies settled for three points from the boot of Matt To’omua to make it 13-all when England were ruled offside on the following phase.

From there it was all England, as they mounted 24 unanswered points through tries to fullback Elliot Daly, winger Joe Cokanasiga, and Farrell himself to seal the result with under five minutes left to play.

Israel Folau collected a Bernard Foley grubber on full time to score his second for the match and enabled the Wallabies to avoid a record margin of defeat to the Englishmen.

The Wallabies were led out by Will Genia, playing his 100th Test in the clash, while wearing their Indigenous inspired jersey for the first time on foreign soil.

It wasn’t the start the men in gold had hoped for, when England winger Jonny May crossed inside the third minute following a pair of Wallabies mistakes.

Despite taking some momentum into the break through Folau’s powerful opening try in the 36th minute running off Sekope Kepu, and To’omua’s late penalty goal, the Wallabies were unable to put it together and England made them pay as they piled on the points in the second half. 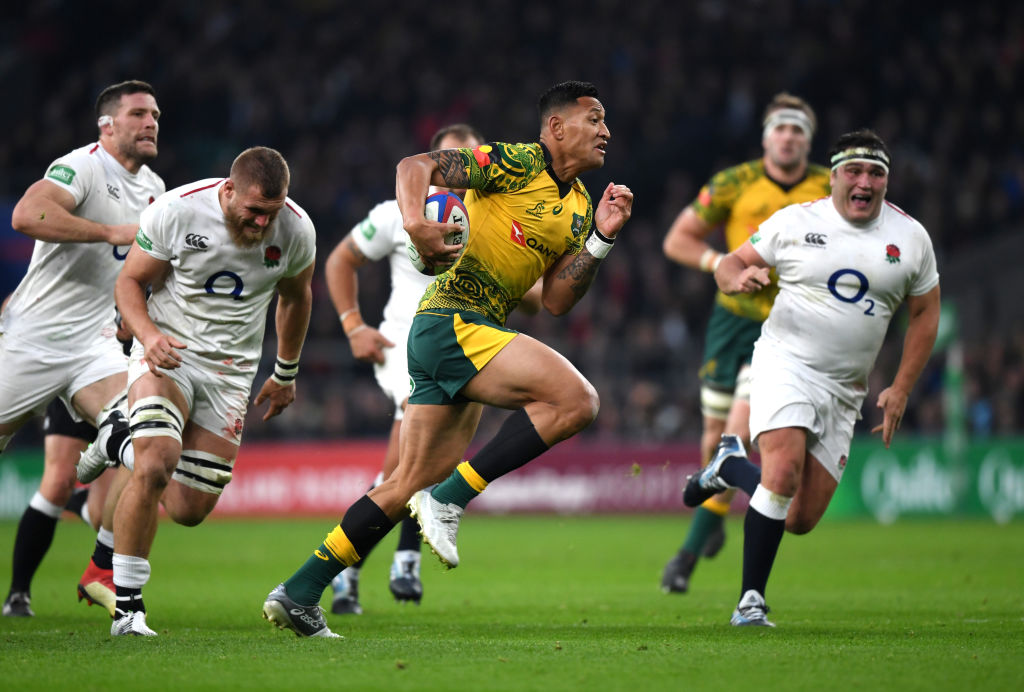