Wallabies coach Dave Rennie has confirmed Kurtley Beale will make his starting return at fullback against England at Twickenham.

James Slipper will start at tighthead prop for the Wallabies clash with England after regular starters Allan Alaalatoa and Taniela Tupou were ruled out of the Test with concussion symptoms.

The 112-Test veteran last started in the number three jersey for Australia back in 2012 but has shown his versatility on both sides of the scrum in recent years for the Brumbies in Super Rugby.

Alaalatoa and Tupou's unavailability has opened the door for London Irish stalwart and former Western Force prop Ollie Hoskins to make a remarkable Test debut from the bench at Twickenham on Saturday evening (local time).

Angus Bell, the youngest member in the squad, will start for the second time in his career at loosehead prop with Folau Fainga'a earning his eighth consecutive run-on at hooker.

The forward pack remains otherwise unchanged from the one that started against Scotland with Rory Arnold and Izack Rodda the second row. 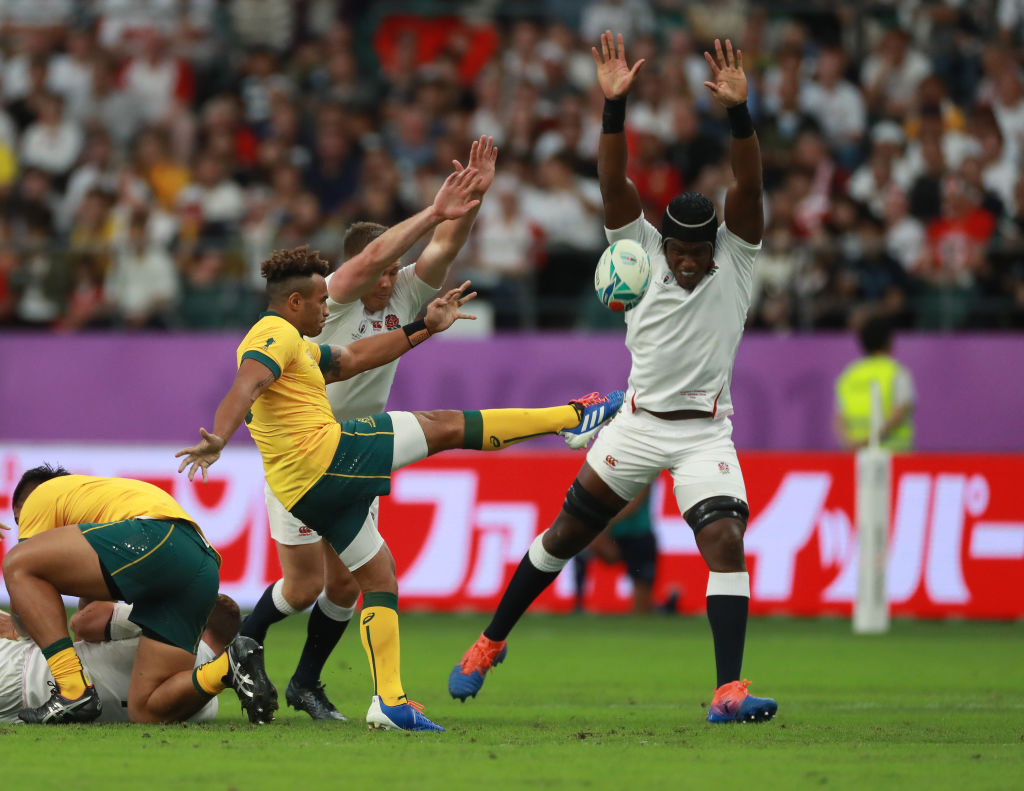 Scrumhalf Nic White and flyhalf James O'Connor will again steer the ship with youthful duo of Hunter Paisami and Len Ikitau to continue building their partnership in the midfield at inside and outside centre respectively.

Injury to Jordan Petaia sees Andrew Kellaway move back to the wing with Tom Wright on the opposite edge. Kurtley Beale has been named at fullback for his 94th Wallabies appearance.

France-based Tolu Latu will make his return to the Wallabies side for the first time since the 2019 Rugby World Cup as the finishing hooker, with Tom Robertson set for his third Test of the year as the replacement loosehead prop.

After creating solid impact in his return to the Test arena last weekend Will Skelton will get another chance to impress as the second row cover, alongside Pete Samu as the backrow replacement.

Tate McDermott will again look to provide spark as the reserve scrumhalf, along with Noah Lolesio who will play in his first Northern Hemisphere Test as the back-up playmaker.

Wallabies coach Dave Rennie said: “Playing England at a packed Twickenham is one of the toughest assignments in Test Rugby but we're excited by that."

"While it's disappointing for Taniela and Allan who weren't able to pass their protocols within the six-day turnaround, it's created an opportunity for Ollie to realise a lifelong dream.

"He's impressed us with his dedication and diligence to get up to speed quickly and we're confident he'll do a good job for us."