The Wallabies have pulled off a remarkable win after full-time in front of crazed crowd of 17,821 at Suncorp Stadium in Brisbane.

All seemed lost for Australia with the final siren sounding as France took possession of a lineout, but the ball spilled out and the Wallabies pounced to set up a dramatic finale and clinch a 23-21 victory.

It was a nervy opening with both sides throwing the ball around Suncorp Stadium before France earned good field position and won a scrum against the feed. A quick recycle caused a panicked Wallabies defence and allowed Gabin Villiere to step through the Australian defence untouched.

Villiere had a second try after 23 minutes following a scintillating set-piece move by France as they carved open the Wallabies defence with ease to open a 15-nil lead.

Australia finally worked their way into the contest and were rewarded following a sustained period of pressure, as Brandon Paenga-Amosa barged over off the back of a powerful rolling maul to close margin to eight points at the break.

A sharper start to the second half for the Wallabies as the home side clicked straight into gear before Noah Lolesio reduced the deficit to five points thanks to an easy penalty.

France hit straight back through the boot of Louis Carbonel before the Wallabies butchered a certain try when Tom Wright failed to ground the ball in an open in-goal.

The penalty tit-for-tat continued with Australia taking the three points before France swiftly responded to establish a 21-13 lead. 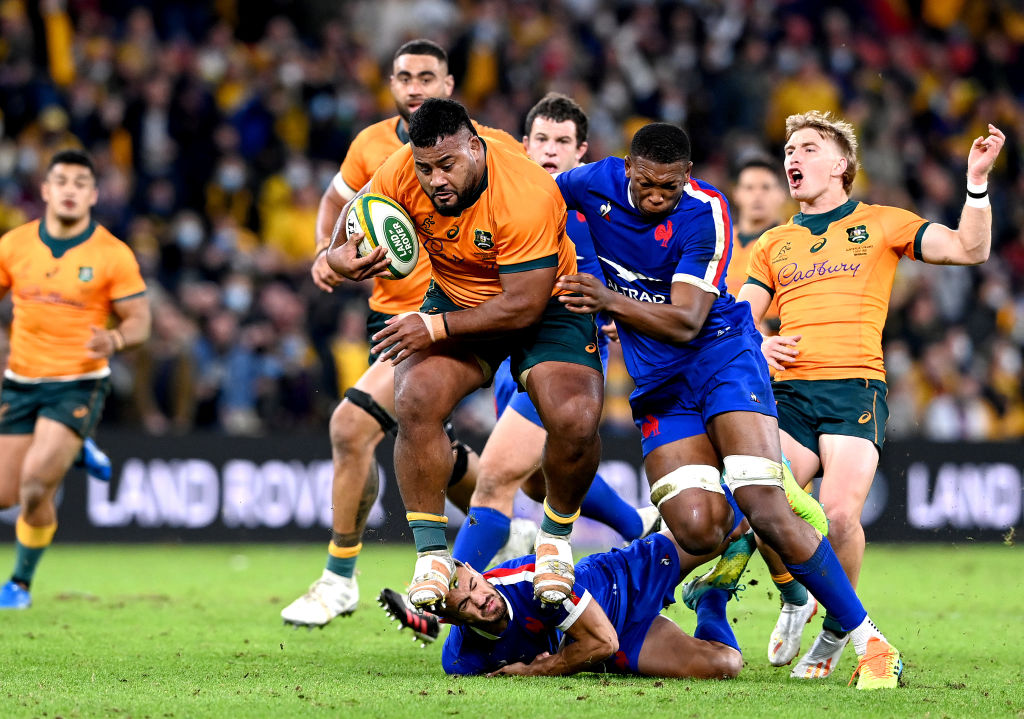 The Wallabies soon earned the ascendency and captain Michael Hooper capitalised with a smart skipper’s try in the 70th minute to reduce the margin to just one point.

A nervy Wallabies side spilt a number of golden-edge chances to edge ahead before France set up a grandstand finish in front of a noisy cauldron in Brisbane.

The game seemed destined for a French victory before the visitors overplayed their hand in kicking the ball out of play, and Australia grabbed their chance.

The Wallabies and France now shift to Melbourne for the second eToro Test on Tuesday 13 July at AAMI Park.