14-man Wallabies defeat France in a thrilling Third Test in Brisbane to win the 3-match Series.

The Wallabies have defeated France in a 33-30 point thriller at Suncorp Stadium in Brisbane to retain the Trophée des Bicentenaires.

In front of a boisterous crowd of 34,164, the Wallabies defence shone through after a red card to Marika Koroibete in the opening five minutes of the match. The decision by match officials to send Koroibete was hugely contentious and severely affected the Wallabies game plan. However they found great resolve and were led brilliantly by captain Michael Hooper who had his best game for his country for some time.

Defending with 14-men, Baptise Couilloud was first to break the line of gold for France before Tate McDermott quickly hit back following an attacking burst from Michael Hooper.

A Noah Lolesio intercept try was the next set of Australian points on the scorecard before Cameron Woki crossed for the French in acrobatic fashion.

The Series returned to a battle of the boot between Lolesio and Melvyn Jaminet, culminating with both sides locked up at 20-20 at halftime. 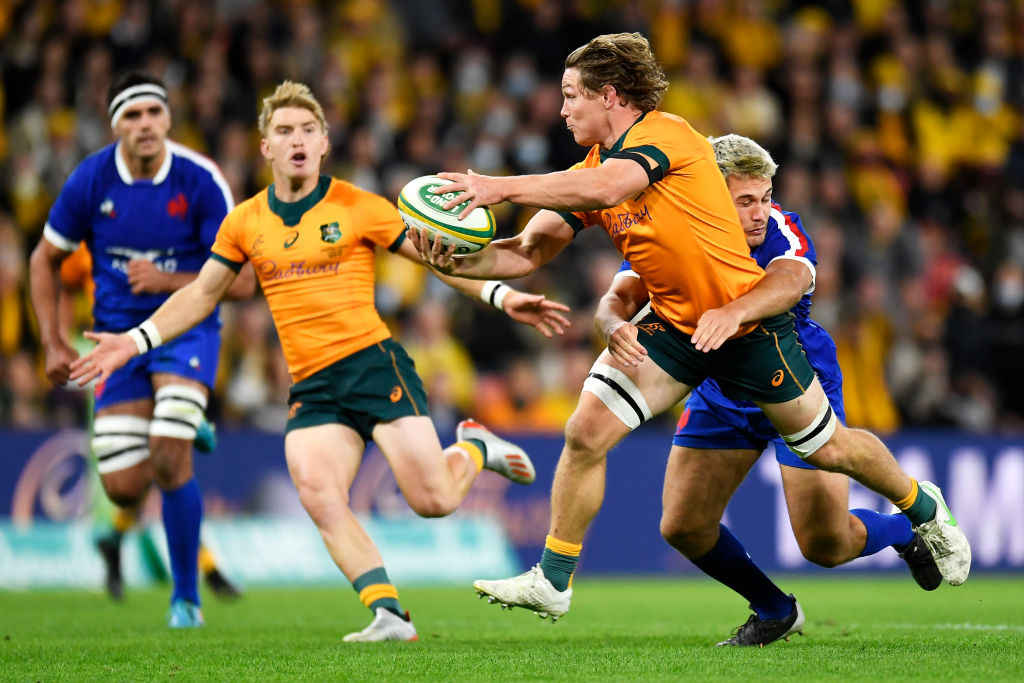 Pierre-Louis Barassi was the first to cross for the French in the second stanza before fan-favourite Taniela Tupou hit the scoreboard for his first test-try of 2021.

A disallowed try to Brandon Paenga-Amosa saw Wallabies coach Dave Rennie bring on the finishers, as another penalty to Noah Lolesio saw Australia take the lead.

The game seemed destined to again go down to the wire with a French lineout in the Wallabies half at the 80th-minute mark, before Darcy Swain secured the French ball off the maul to end the match.

The Wallabies will return to Suncorp Stadium on September 18 to take on South Africa.