Fresh off the side’s first home series win since 2014 and his first in charge of Australia, Rennie has named a largely similar squad to the one who defeated France 2-1 in the three-Test series earlier this month.

2019 Rugby World Cup lock Izack Rodda headlines the new faces, making his return to the national set up for the first time under Rennie.

He is joined by Western Force teammate and fellow new inclusion, Tom Robertson, who last wore the Wallaby gold in the 2018 Rugby Championship against South Africa.

Former Reds playmaker and current Toulon back, Duncan Paia’aua, is a surprise addition to the group, last featuring in a Wallabies set-up in 2017 where he wore the number 10 jersey against the Barbarians in an uncapped match. 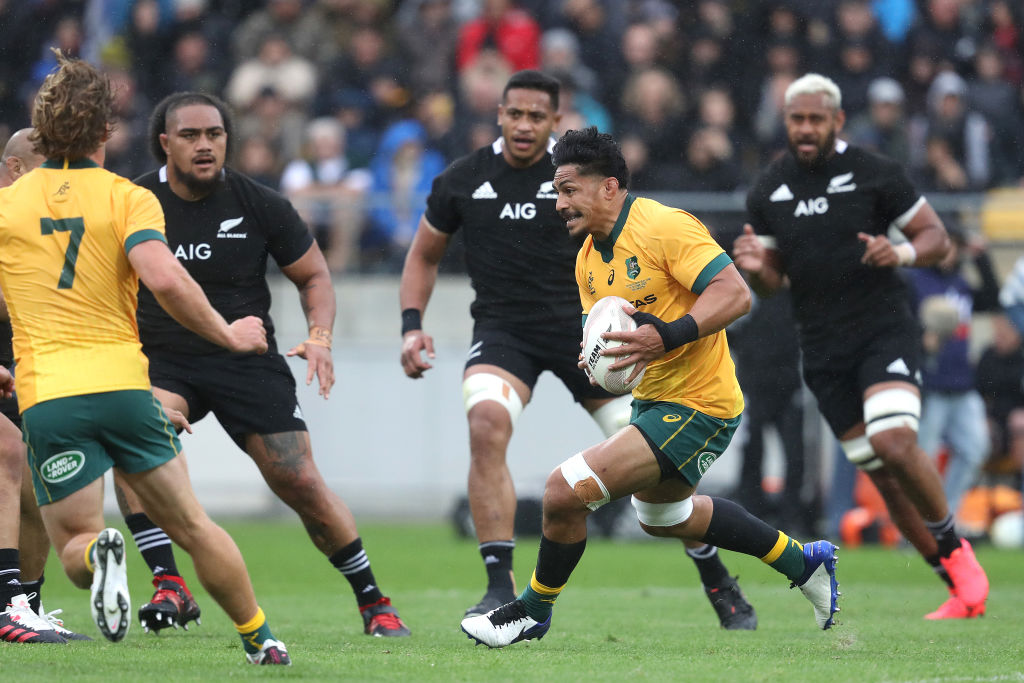 Pete Samu returns to the Wallabies squad after returning from injury

Brumbies forward Nick Frost is the only player selected for the first time in a Wallabies squad, with his club teammate Pete Samu also joining the group after a successful return from injury via club rugby.

Experienced Wallabies, Nic White and Scott Sio have overcome knee and hamstring injuries respectively to re-join the group, along with Jordan Petaia who had been rehabbing a quad complaint with the squad throughout the France Series.

The 42-man squad contains eight uncapped players, with four others having made their debuts against France this month.

The group will assemble at Sanctuary Cove on the Gold Coast today, to prepare for the first Bledisloe Cup Test in Auckland on August 7.

Wallabies coach Dave Rennie said: “The connection this group is forming is growing every day and we’ve picked a squad of players here who are willing to work hard for each other.”

“We know we’ve still got a way to go to get to where we want to be but that challenge is exciting and something we’re looking forward to.

“We have a great opportunity coming up in the Rugby Championship and Bledisloe Cup Tests to build on the momentum we picked up during a tough French Series.”