Australia produced their best display for some time to claim a rare Bledisloe Cup victory over the All Blacks with a 47-26 triumph in Perth.

New Zealand were forced to play half of the match with 14 men after Scott Barrett was shown only their fourth red card ever, and their first since Sonny Bill Williams was dismissed against the British and Irish Lions in 2017.

It was a key moment in the contest, but Australia were still the better team before that incident and deserved the 16-12 half-time lead handed to them by Reece Hodge’s try and the accurate kicking of Christian Lealiifano.

New Zealand were on the board courtesy of tries from Anton Lienert-Brown and Rieko Ioane, but they were powerless to stop the Wallabies from running away with the match in the second half courtesy of a scintillating display that saw them outscore the men in black five tries to two.

Lukhan Salakaia-Loto, Nic White, Marika Koroibete, Hodge and Kurtley Beale all crossed the whitewash, with the All Blacks responding via Beauden Barrett and Ngani Laumape.

The result puts the Wallabies back on track ahead of the World Cup while further questions will be asked of the All Blacks, who have struggled for form over the past three matches.

Australia controlled the early exchanges, forcing the All Blacks to infringe on several occasions and allowing Lealiifano to kick them ahead, before they brilliantly created the first try of the game.

James O’Connor was making his return to the starting line-up after six years in the international wilderness and superbly got his hands free to send Hodge scampering across the whitewash.

The conversion was added by their fly-half, but the Wallabies were soon pegged back by the visitors, who upped the intensity.

It allowed them to get on the front foot and good hands on the right gave Jack Goodhue plenty of space. The Crusaders man kicked ahead and, with the ball bouncing in-goal, Goodhue’s centre partner Lienert-Brown pounced to touch down and reduce the arrears.

Buoyed by that effort, New Zealand went on the attack again and Dane Coles’ excellent break set up their next score as the hooker and Aaron Smith combined to provide Ioane with an easy run to the line.

Steve Hansen’s men were still struggling for dominance, however, with the hosts playing their best rugby for some time and Lealiifano rewarded their endeavour with a second three-pointer.

Discipline was a particular problem for the away side and that was shown by second-row Barrett, who was adjudged to have shoulder charged the head and neck of Michael Hooper, leading to a red card.

Australia’s pivot kicked the resultant penalty attempt and they began the second period in the ascendancy against the 14 men of New Zealand.

The forwards carried well close to the opposition line and the space eventually opened for Rory Arnold to find Salakaia-Loto and score.

Michael Cheika’s charges were now rampant and Samu Kerevi displayed his destructive qualities to power through Smith and Beauden Barrett. The centre then did well to avoid going into touch when Laumape came across, off-loading for White to deservedly touch down.

The All Blacks are rarely finished, though, even when down to 14 men, and hit back through their full-back, but the Wallabies soon put the game beyond doubt.

They deservedly crossed the whitewash twice more through Koroibete and Hodge, and even though the visitors hit back immediately through Laumape, Beale rounded off a wonderful evening for Cheika’s men to seal a famous victory. 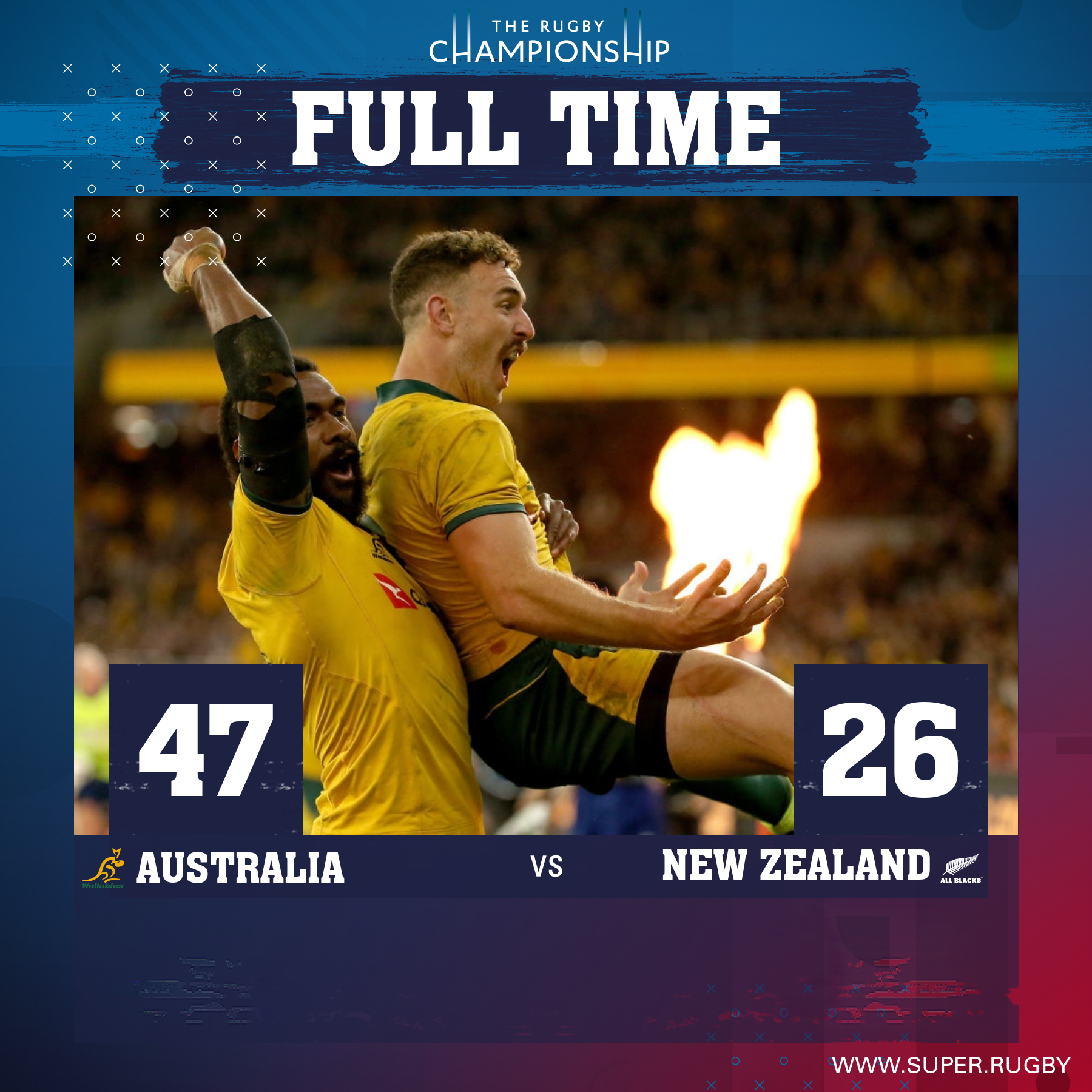