Michael Cheika and the Australian Test selectors have confirmed a 34-man squad for the Test against South Africa in Johannesburg on July 20.

Brumbies veteran Christian Lealiifano [pictured below] returns to the Test arena for the first time since June 2016 and will be aiming to add to his 19 Wallabies caps against the Springboks at Emirates Airlines Park.

The Brumbies have been rewarded for their Vodafone Super Rugby form with 10 players in the squad, including James Slipper who also returns to the International stage after a two-year hiatus. 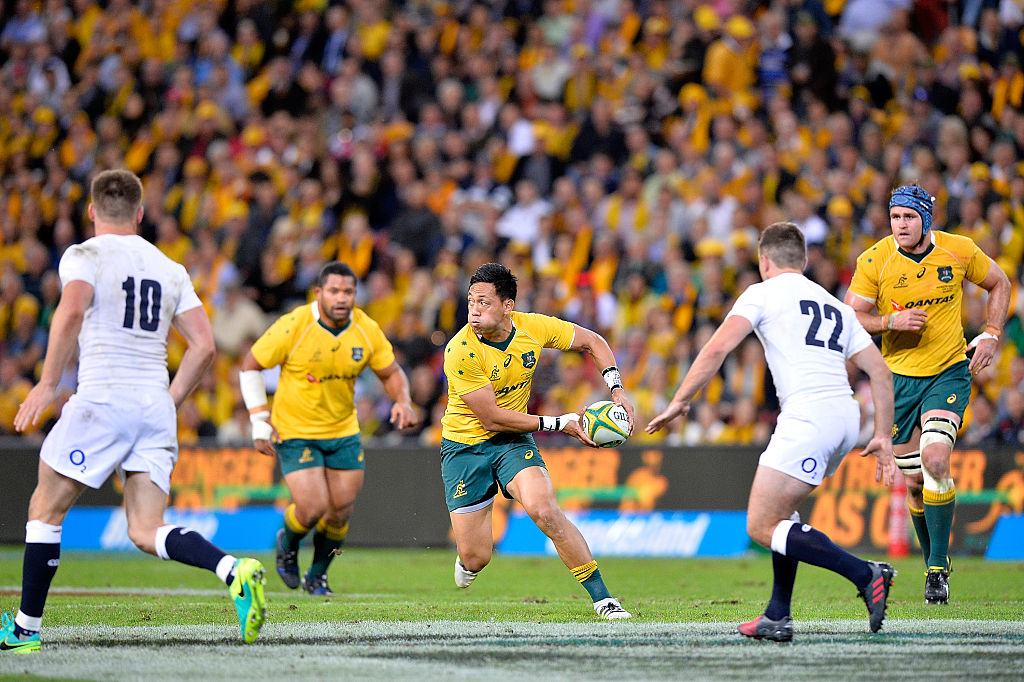 Qantas Wallabies coach Michael Cheika said: "We tried to look at Super Rugby form and what they can bring. We've done a lot of preparation in the last few years, exposing young players to senior footy and now we want to see those players in the Test environment wherever possible.

"It was tough, really tough. It was the first time we've worked as a selection panel with different voices and different opinions challenging each other but I think we've come to a better outcome than if I was just picking it myself.

"I'm not the expert to speak on what Christian has been through, only he knows that and his family. What you can't deny is his form in Super Rugby at the end of the day. If you take out all the other things that he's achieved, he's been playing good in Super Rugby and deserves to be there.

"Nic White has earned his chance, his form in the UK has been outstanding and that's why we pushed hard to get him back. He's finding his voice inside the team and now we have some really good options at halfback in this team," Cheika said.

The Wallabies will travel to Johannesburg on Sunday 7 Julky for a week-long training camp on South Africa’s Highveld to prepare for the high altitude conditions.