Wallabies coach Michael Cheika has made four changes to his starting fifteen ahead of Australia’s Round 5 TRC Test against South Africa in Port Elizabeth on Saturday.

Prop Taniela Tupou will earn his first Test start when he runs out at Nelson Mandela Bay Stadium after six appearances off the bench to open his International career.

Tupou will bookend the scrum alongside Scott Sio who is set to notch his 50th Test cap.

Tupou was a dominant force against Ireland in June, the best player on the field in the win over the Springboks in Brisbane and his inclusion is a timely one.

He can provide the spark the Wallabies will require in Port Elizabeth as they strive to turn their poor form around.

Wallabies coach Michael Cheika said the start would be a chance for Tupou to prove himself from the get go against a hostile crowd and intimidating Springboks front row.

"He can build the concentration from the very start and make sure he nails it all and obviously he’s got a lot of talent and only got six caps now," Cheika said.

"I thought it might be a good opportunity for him in what will be a pretty difficult atmosphere I imagine and (with) a good front row opposite for him to show what he’s got.

"I believe in him a lot as a player and I’m sure he’ll do a very good job."

Captain Michael Hooper returns to the side after being a late scratching from Australia’s 19-23 defeat to Argentina a fortnight ago and he’s joined by Ned Hanigan in the backrow.

In other changes, Adam Coleman re-gains his spot at lock after coming off the bench against Argentina on the Gold Coast while hooker Folau Faingaa replaces the injured TatafuPolota-Nau.

Australia haven’t tasted victory in South Africa since 2011 but did earn a draw in the Republic last year, when both sides fought out a 27-all stalemate in Bloemfontein.

Saturday’s clash will be the first meeting between the two sides in Port Elizabeth since 1963, when South Africa won 22-6 to level the four-match Test series. 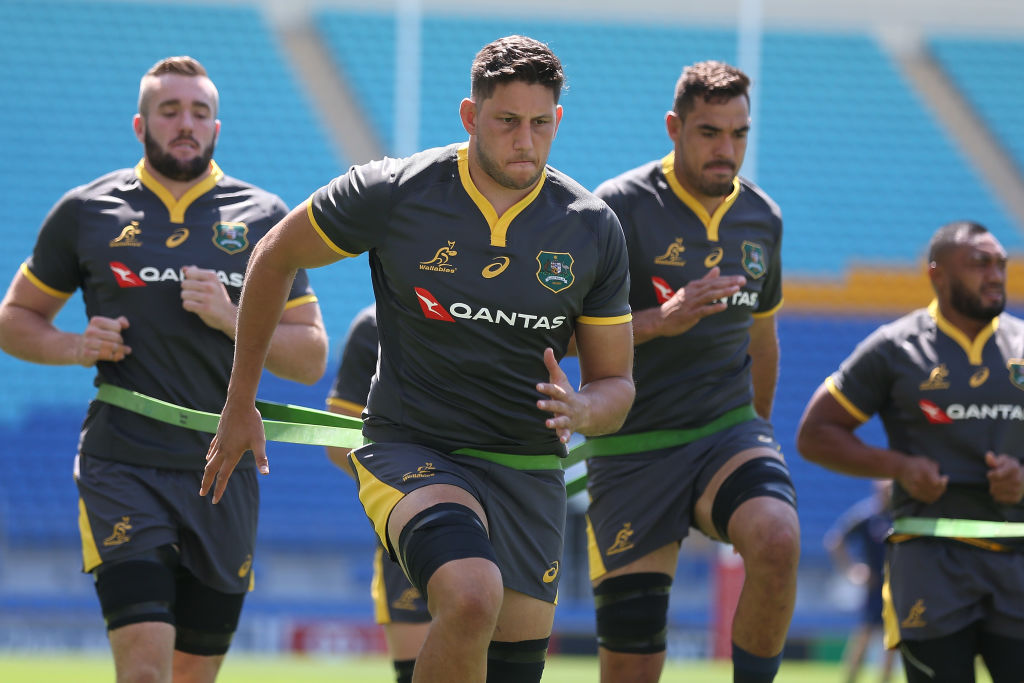 Lock Adam Coleman is back in starting XV