Wallaby coach Dave Rennie has announced the Wallaby team to play France in the First Test at Suncorp Stadium in Brisbane.

Waratahs number nine Jake Gordon has made a full recovery from a knee injury to be named to start for the Wallabies in the first eToro Test against France on Wednesday night in Brisbane.

Gordon will partner youngster Noah Lolesio in the halves, who will get the first opportunity at flyhalf in 2021, with James O’Connor failing to overcome a groin strain in time for the match at Suncorp Stadium.

The first match of the three-Test series will see the side wear the new gold jersey for the first time. The strip was voted on by fans and Australian Rugby royalty, reverting to the classic gold colour worn by the 1991 World Cup-winning side.

Matt Philip returns to the gold jersey after gaining valuable experience after playing in the French domestic competition this year and will partner Lukhan Salakaia-Loto in the second row.

After a dominant Super Rugby season, Rob Valetini has been rewarded with his first International start at blindside flanker with Michael Hooper set to captain the side in his 106th Test in the familiar number seven jersey.  Queensland no. 8 Harry Wilson will anchor the scrum. 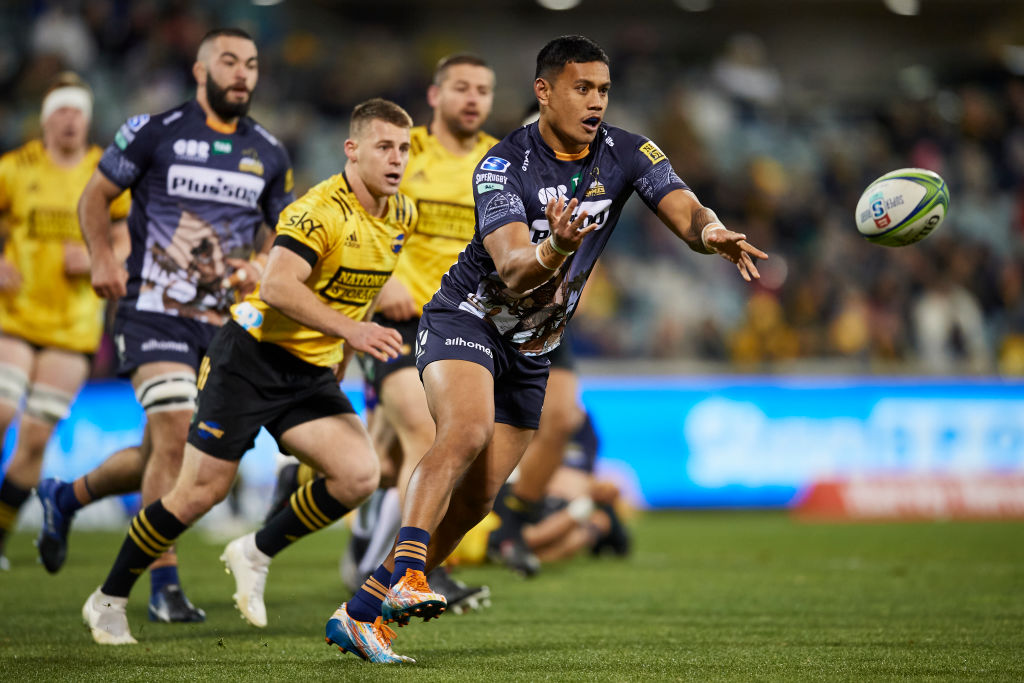 Melbourne Rebels leader Matt To’omua will start at inside centre, where he will reignite his partnership with the skilful Hunter Paisami who will wear the number 13.

The back three sees the electrifying Marika Koroibete earn his 33rd Test appearance on the left wing with Brumbies flyer Tom Wright on the opposite edge. His club teammate Tom Banks has been selected at fullback.

Wallabies coach Dave Rennie has named four potential Wallabies debutants on the bench, with ACT product Lachlan Lonergan in line for a remarkable rise to Test Rugby following a breakout season for the Brumbies.

The youngest member of the squad, Angus Bell will be the replacement loosehead prop, with the damaging Taniela Tupou set to bring impact as the tighthead finisher.

Babinda-born Darcy Swain is another potential Wallabies debutant as the second row replacement, with Isi Naisarani set for a return to the International arena after missing out in 2020.

Sunshine Coast local Tate McDermott will be the back-up scrumhalf on the familiar Suncorp Stadium turf with the fleet-footed Len Ikitau the third Brumby set for a Test debut on Wednesday night.

Wallabies coach Dave Rennie said: “The whole squad has been training really hard over the past three weeks to prepare for what’s going to be an exciting, tough series against the French.”

“We’ve always selected a side based on earning the right to wear the jersey and this team is no different.

“The whole group is excited to be back playing Test Rugby in front of our families and supporters and we’re looking to start the year with a positive result at Suncorp Stadium on Wednesday night.”