Head coach Dave Rennie has named the team to play Japan in Oita prior to the Wallabies heading north to Europe for the November Tests.

Queensland Red Hunter Paisami has been named to replace the injured Samu Kerevi at inside centre for the Wallabies Test against Japan in Oita on Saturday afternoon local time.

Kerevi failed to overcome the ankle injury he picked up in the side’s win over Argentina in the final eToro Rugby Championship match last month.

Paisami is one of four changes to the starting XV with Matt Philip returning to the second row, his Rebels teammate Rob Leota recalled at blindside flanker and Tom Wright named on the wing.

The front row remains unchanged for the fourth consecutive week with Brumbies teammates James Slipper and Folau Fainga’a joined by the damaging Taniela Tupou.  Slipper set to surpass former teammates Will Genia and Sekope Kepu and join George Smith when he runs on for his 111th Test for Australia.

Philip will reignite his combination with Western Force recruit Izack Rodda in the second row, with Leota joined by skipper Michael Hooper and no.8 Rob Valetini in the loose forwards.

In-form Nic White will again wear the number nine jersey, partnering the Japan-based Quade Cooper in the halves, while youngsters Paisami and Len Ikitau will combine in the midfield for just the third time in their early Test careers.

After a strong performance off the pine, Wright has forced his way back into a starting spot in the back three alongside Andrew Kellaway, who is having a breakout debut International season and Reece Hodge, who will line up at fullback for the third straight week.

Brumbies hooker Connal McInerney is set to become Wallaby no. 947, named as a potential debutant on the bench with his club captain Allan Alaalatoa returning to the matchday squad alongside Angus Bell as the reserve props.

Darcy Swain rotates to the pine as the second row replacement with the explosive Pete Samu set to cover the backrow in the Wallabies first Test against the Brave Blossoms since 2017.

Tate McDermott returns as the reserve halfback with his Reds teammates James O’Connor and Jordan Petaia the remaining backline cover, the latter having made his Wallabies debut in Oita during the 2019 Rugby World Cup.

Wallabies coach Dave Rennie said: “While it’s disappointing for Samu not to be able to play in Japan, Hunter started the first five Tests this year prior to the birth of his daughter and is chomping at the bit for another opportunity.”

“Connal’s strong set piece and all-around game has earned him a chance to represent his country, which is a proud moment for him and his family.

“We’ve got a huge amount of respect for the Brave Blossoms who are now competitive with the best sides in the world. 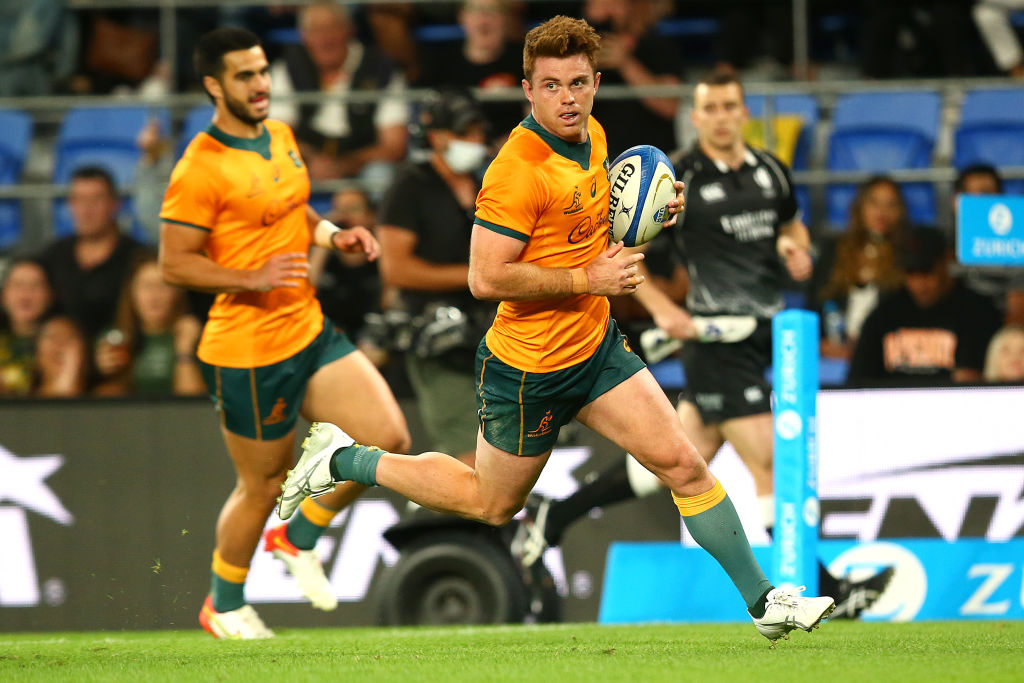