Bernard Foley is not in the frame this year for the Wallaby 10 shirt and new coach Rennie picked four potential fly-halves in his squad...

Noah Lolesio’s [pictured below] fine performance in the Brumbies’ victory over the Reds in the Super Rugby AU final brought him right into the conversation to be the Wallabies’ starting fly-half for the Bledisloe Cup/Rugby Championship campaign. Four potential aspirants were named in coach Dave Rennie’s squad, with Lolesio joined by fellow uncapped prodigy Will Harrison and the more experienced Matt Toomua and James O’Connor. Using Opta data from this year’s Super Rugby action we can identify who just might have the edge when the first Wallabies’ starting XV of 2020 is named.

James O’Connor (77.1 mins) enjoyed more time per game playing at fly-half than any other of his three Australian competitors in Super Rugby this year, with little separating Harrison (72.4 per game), Toomua (72.0 per game) and Lolesio (69.1 per game) in this area. If Lolesio is picked at No.10 there is a school of thought that one of Toomua (84%) or O’Connor (80%) is chosen outside him to take the goalkicking duties and lessen the burden on the Brumbies’ playmaker (62%), who had the lowest accuracy of the quartet in Super Rugby action this year when playing as No.10.

While Matt Toomua (5.9 carries, 16.6 metres gained per game) was behind his three peers for carries and metres gained per game at No.10 in Super Rugby in 2020, he does stand above them for kicks in play per game (10.1). Being the new kids on the block this year in Super Rugby meant there was little opposition analysts could go off to break down the styles of Lolesio and Harrison; the two rising stars used this to their advantage, averaging more defenders beaten per game (Lolesio – 2.6 and Harrison – 2.5) than their more experienced counterparts playing at fly-half (O’Connor – 2.3 and Toomua – 1.3). Indeed, Lolesio (3) made as many clean breaks as Toomua (3) despite playing fewer Super Rugby games at the position this year. 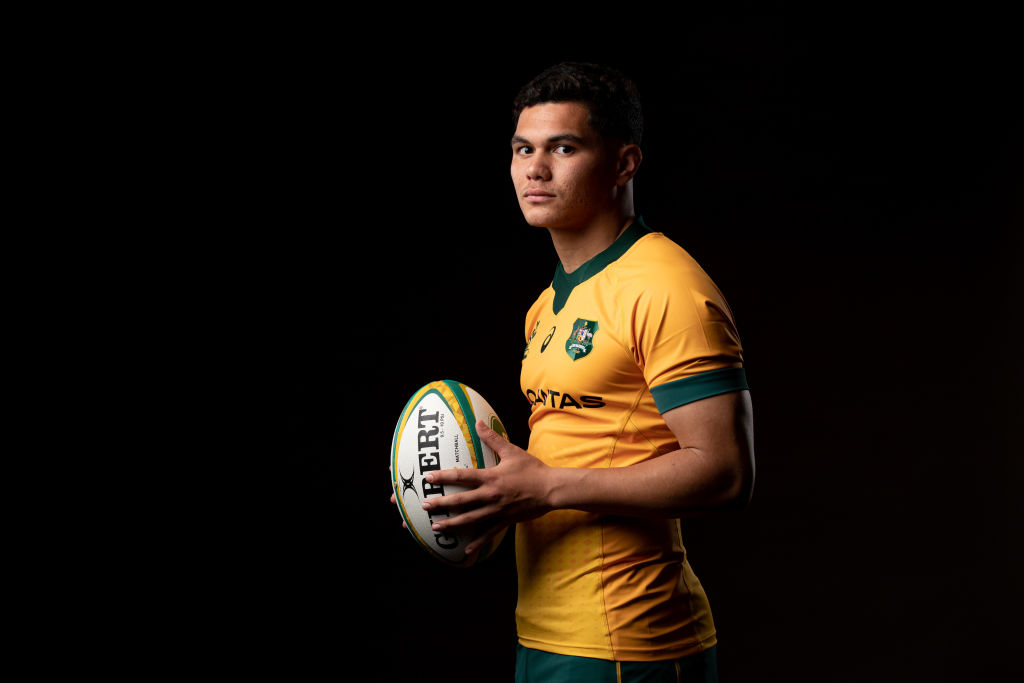 James O’Connor (1.5 per game) and Noah Lolesio (1.0 per game) were the only players in the group to make at least one offload per game at No.10 in Super Rugby action in 2020. O’Connor (0.7 per game) and Lolesio (0.6 per game) were also the most frequent when it came to try assists in this regard. Will Harrison (95 tackles) is the most battle-hardened from tackling at the position in Super Rugby this year, although next-best James O’Connor (87%) does boast the best tackle success rate of the four contenders.

Looking at the two players who have been there before in this arena, we can see that Matt Toomua (56%) boasts a better win percentage than James O’Connor (50%) in Tests playing at fly-half. Toomua’s advantage is even further enhanced when you consider that he has victories over each of the Wallabies Rugby Championship opponents playing at the position (W2 v New Zealand, W2 v Argentina and W1 v South Africa).

With the first Bledisloe Cup encounter of the year fast approaching, there is little time left for all involved to make an impression on the new head coach.