World Rugby has announced the match official appointments for the 63 international matches on the road to Rugby World Cup 2019.

Garcès will begin Japan 2019 on 49 tests as he referees Japan versus Tonga in the Pacific Nations Cup and Australia versus New Zealand in The Rugby Championship.

The world’s most experienced international referee, Nigel Owens (Wales) will bring his overall test tally up to 89 heading into Japan 2019 after being selected for Tonga versus Canada in the Pacific Nations Cup and the Rugby World Cup 2019 warm-up between France and Scotland. 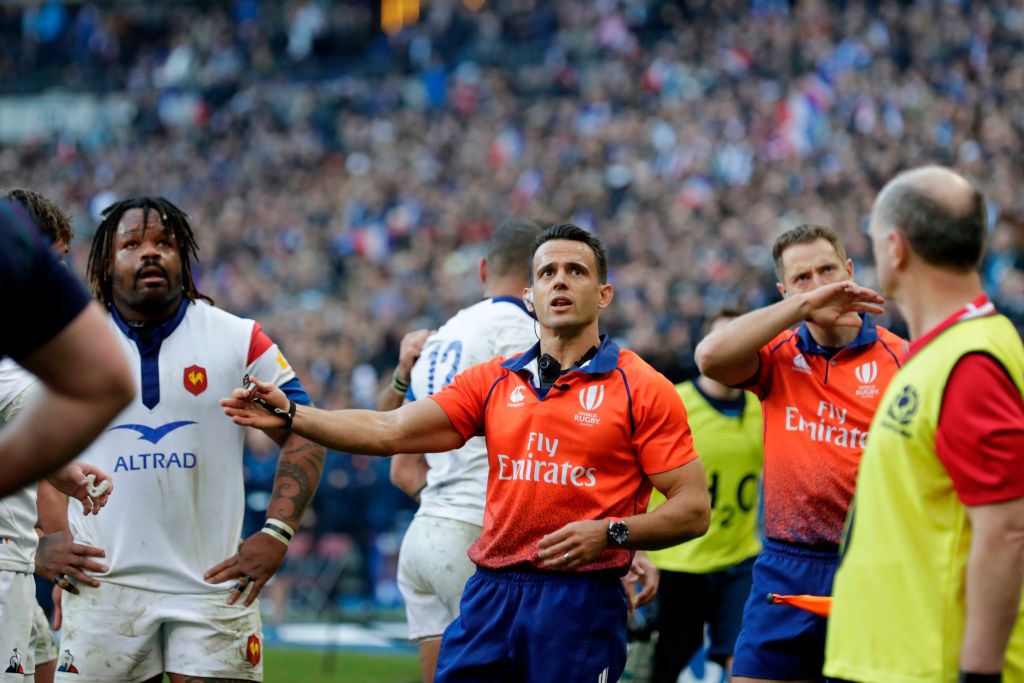 World Rugby High Performance 15s Match Official Manager Rolland said: “With the team for Rugby World Cup 2019 selected, we are now fine-tuning match official preparation on and off the field, building the team ethos, strengthening collaboration across the group and with the off-field disciplinary team and ensuring that the group arrives at Japan 2019 in the best shape it can be.”

Rugby World Cup 2019 is set to attract the largest number of international fans in the tournament’s history with more than 600,000 of the 1.8 million available tickets expected to be held by fans making the journey to Japan to be part of this once-in-a-lifetime event.
Full World Rugby match official appointments click HERE 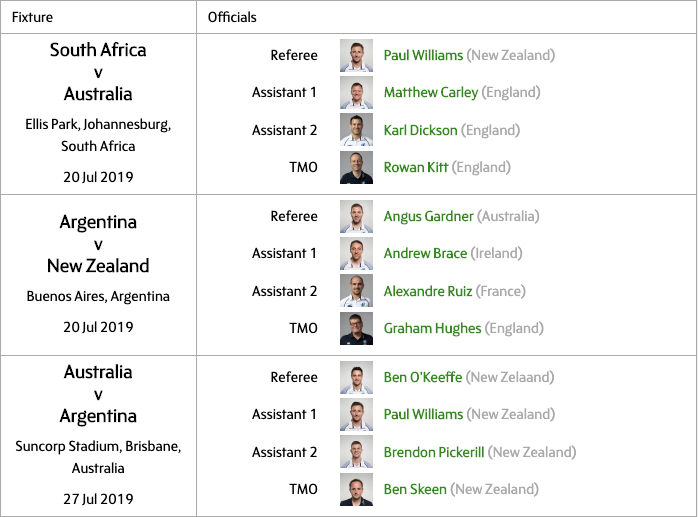 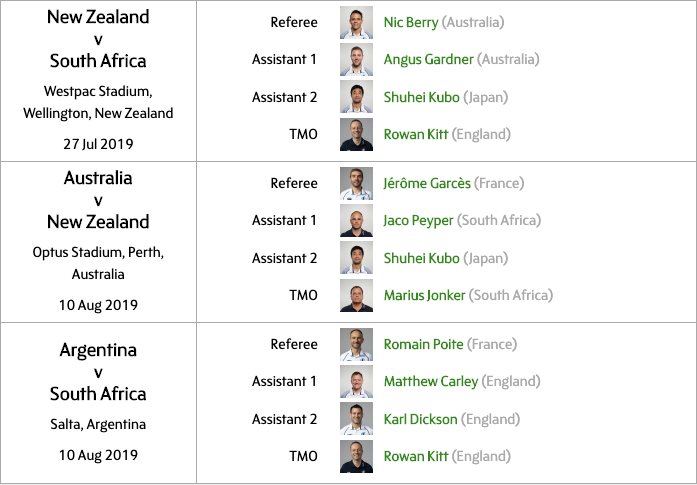