Australian Michael Cheika recalled veteran hooker Agustin Creevy to his squad, announced on Thursday – for his first match as coach of Argentina.

Argentina host Scotland in San Salvador de Jujuy on Saturday before further tests in Salta and Santiago del Estero on the following weekends.

Creevy, who has not represented his country since the World Cup in Japan three years ago, starts on the bench, alongside prop Mayco Vivas, also making his return to the matchday squad for the first time since the Pumas’ last home match in 2019.

Cheika made seven changes to the team that lined up in his predecessor Mario Ledesma’s last match in charge, when the Pumas slumped to a seven-try 7-53 loss to Ireland in Dublin last November.

Veteran flyhalf Nicolas Sanchez returns to the starting line-up with Juan Cruz Mallia coming in at fullback, Santiago Cordero on the right wing and Matias Orlando starting at outside centre.

There are also three changes in the pack with Nahuel Tetaz Chaparro picked at loosehead, Matias Alemanno in the second row and Juan Martin Gonzalez at blindside.

In a positional change, Emiliano Boffelli switches from fullback to left wing.

Having started at flyhalf against Ireland, Santiago Carreras drops to the bench, although Cheika said the Gloucester back is pushing for a place at either No.10 or fullback. 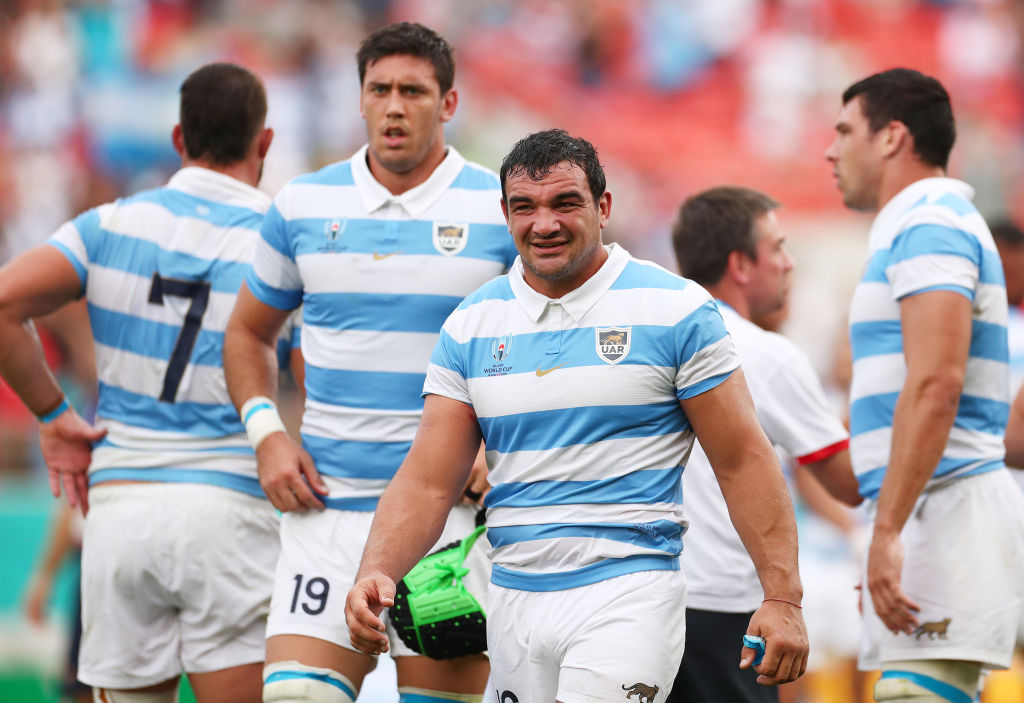 Agustin Creevy has ben recalled into the Pumas team

“Mallia has had a good season with Toulouse, and Carreras, you know what I think of him as a player, I’m a very big fan of his,” said the 55-year-old former Wallabies coach.

“We are taking the time of letting him understand a little bit more about playing No.10 as well, because he will play as a backup in this game to Nico Sanchez.”

Fresh from winning the European Cup with La Rochelle, prop Joel Sclavi is set to make his first appearance for Argentina off the bench.

The Pumas have won just one of their last nine internationals, a 37-16 success away to Italy last November.

But due to the Covid-19 pandemic, they have not played a home match since before the World Cup.

Their Super Rugby side, the Jaguares, was left in the wilderness following the cancellation of the 2020 season as the New Zealander and Australian teams formed their own domestic tournaments and the South African outfits joined the Pan-European United Rugby Championship.

After four and a half years of top-level rugby with the Jaguares, Argentina’s international stars have thus been forced into exile once again, with most of the current squad playing in England and France.