16 years after their last victory at Twickenham the Pumas stunned England to win 30-29.

Emiliano Boffelli was Argentina’s hero as they beat England at Twickenham for just the second time in history to open their November series campaign with a dramatic 30-29 win on Sunday.

Edinburgh wing Boffelli scored 25 points in what was a dress rehearsal for next year’s Rugby World Cup opener between the teams as Argentina ended a 10-match losing streak against England.

The hosts scored the only try of the first half, through powerhouse winger Joe Cokanasiga but turned round just 16-12 ahead after Boffelli landed all four of his penalty-goal attempts.

Argentina, however, hit back with two tries early in the second half from Boffelli and Gloucester fly-half Santiago Carreras to lead 24-16.

But England replacement scrum-half Jack van Poortvliet, on the field for barely 30 seconds, then went over for a converted try before another Farrell penalty nudged the home side ahead at 26-24.

Boffelli’s long-range penalty then made it 27-26 to the Pumas before the Pumas’ goalkicker edged the visitors ahead again, with Argentina winning beating England at Twickenham for only the second time since a 25-18 success in 2006.

“We said at half-time that we must stay close in the score, then we got two tries,” said Boffelli as he paid tribute to Argentina coach Michael Cheika, who earlier this year guided the Pumas to their first win over the All Blacks in New Zealand.

“Our attitude was important. The coach, everyone knows him as a coach and he has great experience. He is confident in us.

“To score 25 points at Twickenham is great! The whole team did their job,” he added. 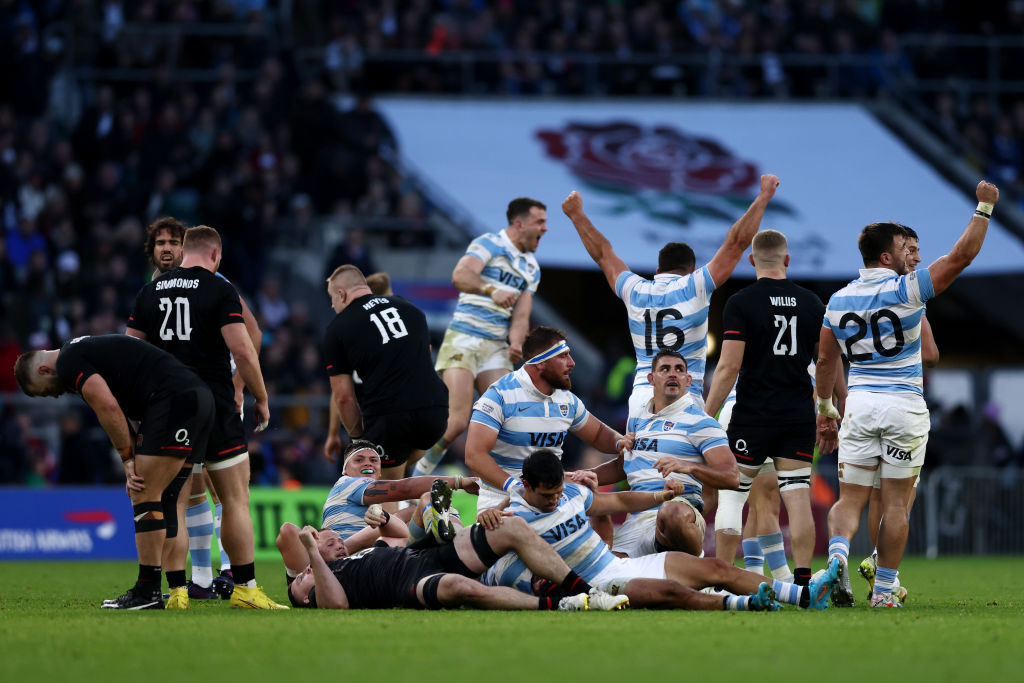 Victory was another feather in the cap for Cheika as he enjoyed a win over an England side coached by Eddie Jones his former team-mate at Sydney club Randwick.

“The players have got a great attitude,” said Cheika.

“They need to know what defence is, it’s not about a great ending it’s about getting a good field position so you are able to pounce,” added Cheika, like Jones, a former Australia coach.

“We were able to take points even though we didn’t have a lot of ball.”

This is the fifth win in 10 games under Michael Cheika as head coach. So far under his guidance they have beaten four other Tier 1 nations - Scotland twice, Australia, New Zealand and England.

England captain Owen Farrell lamented his side’s penalty count, saying: “We had scrappy parts of the game which will get better, the discipline is avoidable and it wasn’t quite happening. We let the pressure off at times.

“It was a wet day, a wet pitch and as you saw both teams didn’t move the ball well.”