Argentina Too Powerful for Wales in Cardiff

After a draw in First Test last week the Pumas secured the series with a strong 33-11 win.

Wales coach Wayne Pivac, who had said he was without 27 players for this match because of injuries and British and Irish Lions commitments in South Africa, made seven changes following last week’s 20-20 draw with the Pumas at the Principality Stadium.

But an Argentina team featuring nine of the players who started their impressive win over New Zealand last year proved too strong as they outscored Wales three tries to one on a sunny afternoon.

Pivac had made it clear he saw the Argentina series as a chance to develop Wales’ squad depth ahead of the 2023 World Cup in France.

The New Zealander saw his much-changed team dominated at the scrum – a traditional strength of Argentina’s rugby – and in the air, with the Pumas deploying a simple but effective ball-carrying game that saw them make far fewer errors than Wales.

Cardiff wing Lane finished well to open the scoring before Argentina hit back as Moroni surged across for a try converted by Sanchez. 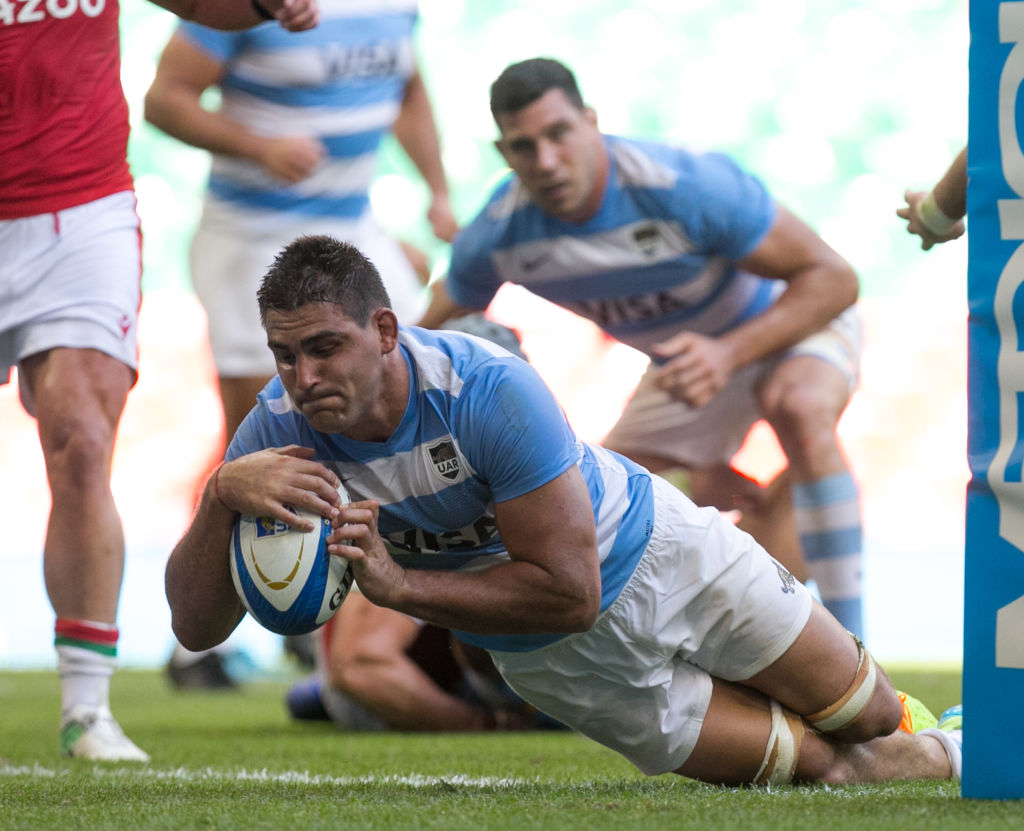 Sanchez punished Welsh indiscipline with a penalty before Cubelli, who would have scored earlier but for a knock-on, crossed for a try that was duly converted.

Jarrod Evans kicked a penalty for Wales but Argentina were well worth their 17-8 lead at half-time.

Evans’s second penalty did see the hosts close to within a score but fresh indiscipline gifted Sanchez another penalty before Wales full-back Hallam Amos was yellow carded for taking out opposite number Carreras in the air.

Sanchez hit the post with a long-range penalty attempt before the No 10 was back on target again.

The dynamic Matera [pictured above] then crossed for Argentina’s third try, with Sanchez’s conversion completing the scoring.