Hooper Out Folau Returns On Wing

In a late change Wallabies captain Michael Hooper has been withdrawn from the Wallabies versus Pumas match.

David Pocock and Israel Folau have been named to make their return to the Qantas Wallabies side ahead of Saturday night’s Mitsubishi Estate Rugby Championship Test against Argentina at Cbus Stadium on the Gold Coast.

Wallabies captain Michael Hooper has been withdrawn from tomorrow night’s clash with Argentina at Cbus Super Stadium on the Gold Coast.

David Pocock will skipper the side in Hooper’s absence and shifts into the number seven jersey while Pete Samu resumes his role at number 8, after starring against South Africa last weekend.

Hooper trained on Thursday on the Gold Coast but medical staff decided not to risk the 26-year old tomorrow night.

Qantas Wallabies coach Michael Cheika said: "He felt his hamstring a bit at training yesterday afternoon and with his recent history, we just thought it was best not to push it.

"He was really keen to play this weekend but a week off will be a good thing for him to just get it right," Cheika said.

Pocock has been battling a neck complaint while Folau has trained strongly after suffering an ankle injury in the opening Bledisloe Cup clash.

Folau has been named on the right wing by coach Michael Cheika with Dane Haylett-Petty to retain the number 15 jersey after two standout displays at fullback.

Adam Coleman returned to Wallabies camp on the Gold Coast last night after the birth of his first child in Melbourne on Sunday and will start on the bench against Argentina.

Prop Sekope Kepu is set to earn his 97th Test cap on Saturday night with the veteran also named amongst the reserves, after missing the matchday 23 for the Wallabies’ 23-18 win over South Africa last weekend.

Former Wallabies scrum coach Mario Ledesma has been a revelation as new head coach of Argentina, with the Pumas having already earned a comfortable win over South Africa in the Rugby Championship last month.

Australia and Argentina have met twice before at Cbus Super Stadium with the Wallabies sneaking home with single-digit wins on both occasions. 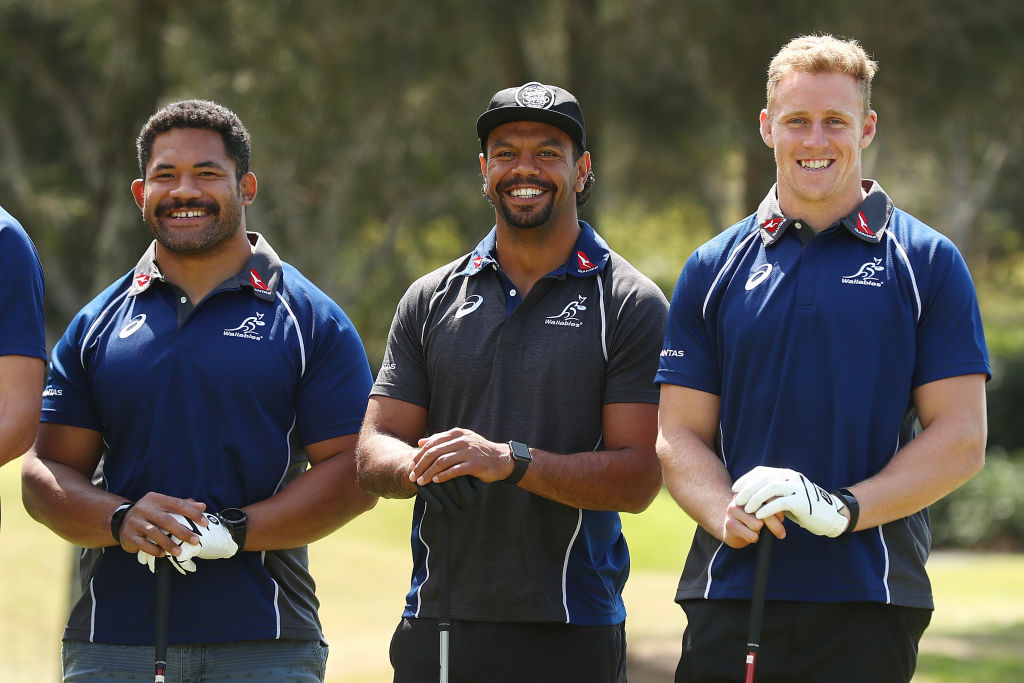