Ireland March on with win over Pumas

Ireland warmed up for their clash with All Blacks next week by overcoming a tenacious Argentina 28-17 in Dublin.

It was a topsy-turvy contest and one where Los Pumas very much came to play. There was little in it at the interval, with Kieran Marmion and Bundee Aki going over for the hosts and Bautista Delguy responding for the Argentinians.

Nicolas Sanchez also kicked three penalties in the opening period to Johnny Sexton’s one and he added his fourth after the interval to give the visitors a 17-15 lead.

However, the home side eventually took control of the match as Luke McGrath’s try and a brace of Sexton three-pointers secured the win for the Irish.

The 11-point margin was tough on the tourists but Ireland’s quality eventually told as they continued their fine form in 2018.

Joe Schmidt’s men have clearly been the best side in the northern hemisphere over the past year but they were put under pressure by Los Pumas in the opening quarter.

The defending Six Nations champions looked to move the ball from the kick-off but they were penalised at the breakdown and Sanchez was on target from long range.

Although they responded impressively when Marmion benefited from a dominant scrum to cross the whitewash, the opposition fly-half regained Argentina’s advantage from the tee.

Mario Ledesma’s men deserved that 6-5 lead given to them by their pivot and they then produced an outstanding move which led to their only try.

Matias Orlando took an outstanding line, breaking through the attempted tackles of Sexton and Aki, before they moved to within inches of the opposition line. Play was taken wide and Delguy had the simple task of touching down in the right-hand corner for a six-point buffer.

Back came Ireland, however, and they once again built pressure, capitalising on Argentinian ill-discipline, and Aki eventually went over as the Emerald Isle attained a semblance of control on the encounter.

It was a lead they would maintain at the break after the respective kickers traded three-pointers towards the end of the half.

However, the visitors began the second period on the front foot and were rewarded via the boot of their pivot.

There were fewer chances being created and Ireland had to be content with Sexton’s accuracy off the tee as they went into the final quarter 18-17 in front.

Schmidt’s charges were now beginning to gain control of proceedings, though, and Argentina’s line-out was starting to become an issue. One such errant throw allowed the hosts to build an attack five metres out and, although Dan Leavy was initially held up, McGrath sniped over from the resultant scrum to effectively seal the victory.

The Irish dominated the latter stages and Sexton rubber-stamped the triumph from the tee, although the team will have to improve if they are to challenge New Zealand next weekend. 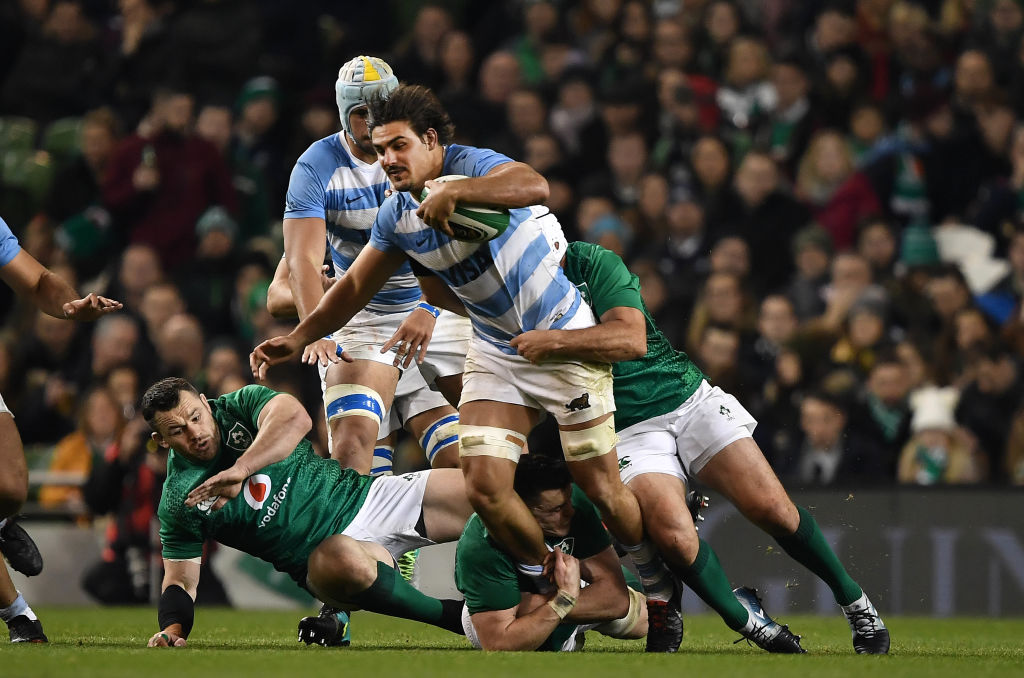