Los Pumas coach Mario Ledesma and All Blacks coach Steve Hansen have revealed their teams for the clash in Buenos Aires.

The matchday 23 sees a blend of experience and youth with five uncapped All Blacks named:  winger Sevu Reece will make his Test debut on the right wing, while the uncapped Atu Moli and new All Blacks Luke Jacobson, Josh Ioane and Braydon Ennor are all named on the bench. Balancing that is the experience of lock Brodie Retallick, Captain Sam Cane at openside flanker, the inside pairing of Aaron Smith and Beauden Barrett and Ben Smith at fullback.

All Blacks Head Coach Steve Hansen said the team has had a good week's preparation after travelling from New Zealand last weekend.

"As always, with the first game of the season, we've worked hard on building our relationships, re-establishing our connections and combinations and getting clarity in our roles. We'll continue to nail the details further in training throughout the week so that we are bright, clear and excited to play with real intensity come Saturday," Hansen said. 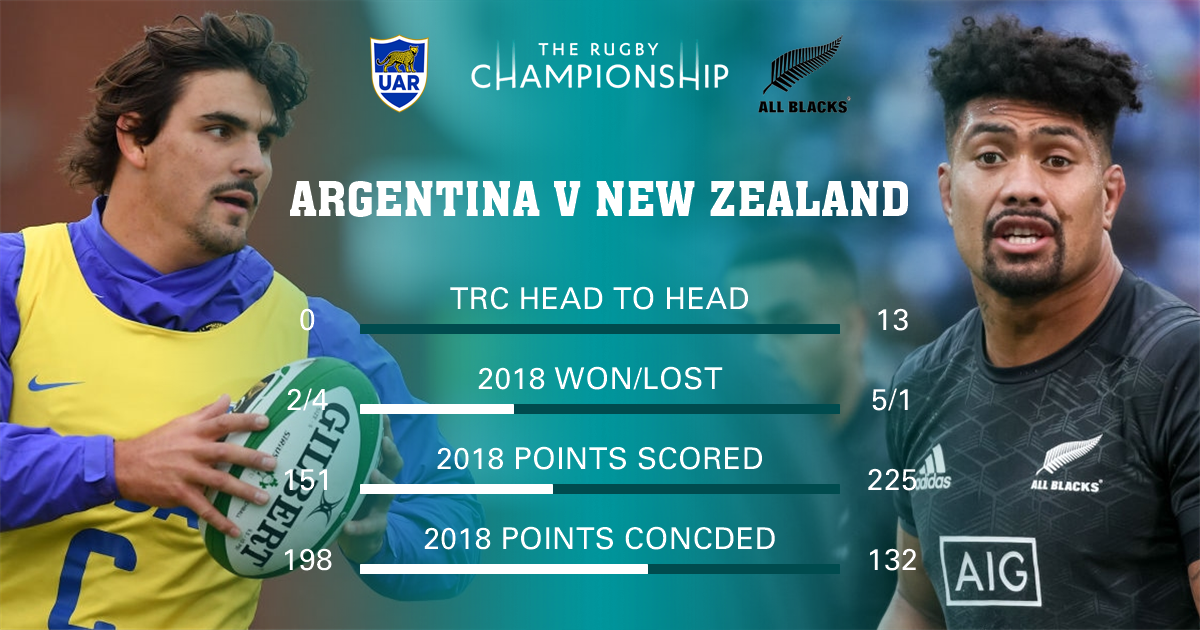 "It's going to be exciting to watch how the new All Blacks perform along with their more experienced teammates.  The team is a mixture of experience and raw enthusiasm, which I'm sure everyone is looking forward to seeing come together and play."

Hansen further added: "We have the utmost respect for Argentina.  We know that we'll be facing a confident, physical side. Their players will have taken a lot of confidence and self-belief from the Jaguares Super Rugby season, and with the inclusion of their overseas players, there will be added excitement to their group. They will see this game as a massive opportunity to make a statement and it will be our job to make a statement of our own."

Pumas head coach Mario Ledesma has rewarded the Jaguares players who had a strong Super Rugby season, with just two non-Jaguares making the starting XV for the match against the All Blacks. The two players are fly-half Nicholas Sanchez and prop Juan Figallo. 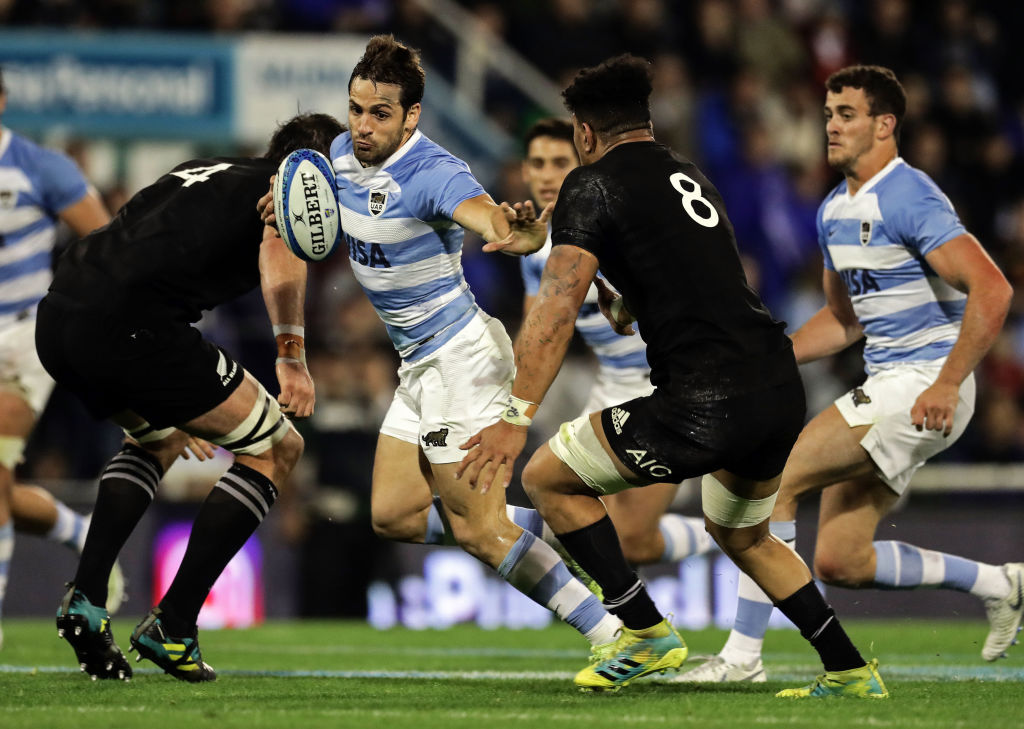 Sanchez [pictured above], who played 41 games over three seasons for the Jaguares in Super Rugby, transferred to Stade Francais two years ago. He has played 72 Tests for the Pumas since 2010 and is the side's highest points scorer against New Zealand, having scored 118 points in 12 Tests. He is also Argentina's leading points scorer in Tests having 709 points.

Figallo has been a prop with top England club Saracens since 2014, having played his earlier rugby for Montpellier in France.

Former captain, and hooker, Agustin Creevy will play his 84th Test match and joins coach Mario Ledesma and Martin Landajo on that mark, only three behind the 87 games of Argentina's most capped player Felipe Contepomi. He has also played most Championship games for the side with 36.