Australian Michael Cheika’s tenure as Argentina coach got off to a perfect start as the Pumas beat Scotland 26-18 in San Salvador de Jujuy, their first home match in almost three years.

Tries from Jeronimo de la Fuente and replacement Santiago Carreras in a dominant first half set the Pumas on their way.

But after Mark Bennett and Rory Hutchinson tries brought the tourists level, scrum-half Gonzalo Bertranou won it with an opportunistic effort with a quarter of the match left.

“Of course, it was the first step, there were some parts of the game I liked and some that we need to work on,” Cheika, 55, said.

“But like I said before the game, we need to do two jobs: work long term and try to do our best in the short term.”

Cheika knew he would have his work cut out with a team that had lost eight of their last nine internationals, saying in midweek: “We know that on Saturday we will not be perfect.”

But it was a Scotland side that had not lost to the Pumas since 2011, winning on five of their previous six visits to Argentina, who put in a poor first-half showing.

“We didn’t get going until the second half, and then we got into a position from which we should have kicked on, and didn’t,” a disappointed Scotland coach Gregor Townsend said.

After opposing flyhalves Nicolas Sanchez and Blair Kinghorn kicked a pair of penalties each, the hosts started to take control as Scotland looked hopelessly disjointed.

Centre De la Fuente burrowed over from close range on the half-hour mark despite scrumhalf Ali Price’s best efforts to hold him up over the line.

Wing Emiliano Boffelli, who took over kicking duties after Sanchez was forced off injured after 20 minutes and had already missed a penalty, dragged his conversion attempt well wide.

But Argentina was over the whitewash again just three minutes later.

Fullback Juan Cruz Mallia made ground to bring Argentina close to the tryline and one phase later Carreras dived over, with Boffelli this time kicking the extras.

Scotland just about held out for the rest of the half to trail 6-18 at the break. 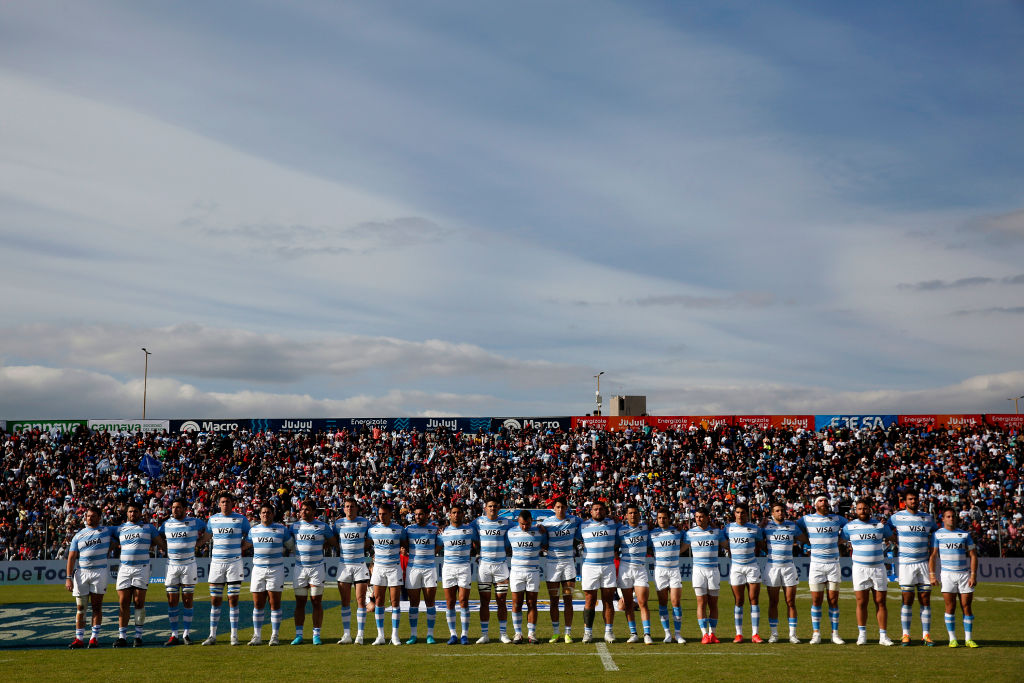 It was a different story after the restart as Scotland came storming back.

Outside centre Bennett hit a perfect line to meet Kinghorn’s long, flat pass and burst through a gap to score on 57 minutes.

Argentina was reeling and Scotland’s forwards bundled up towards the tryline before Kinghorn took on Bertranou and slipped a reverse pass for Rory Hutchinson to dive over.

Kinghorn then kicked the extras to level the scores.

Parity did not last long as Boffelli claimed the ball direct from the kick-off and Argentina rumbled down the touchline before Bertranou picked the ball up from the back of the ruck and dotted it down on the blindside.

Boffelli, though, missed for the third time out of four kicks at goal.

But 10 minutes from time he landed a penalty to stretch the Pumas’ lead out to two scores.

That came shortly after Scotland thought they had scored in the corner, only to be denied by a forward pass.

Scotland was unable to exert any real pressure and fell to defeat in the first of this three-match series.