Los Pumas are looking to back up a well-deserved win over England. a week ago. Cheika has rewarded the players who were on duty in that encounter by naming an identical starting line-up and replacements bench.

In the backline, Juan Cruz Mallia is at full-back with Emiliano Boffelli, who was Los Pumas‘ hero in the win over England courtesy of a 25-point contribution, and Mateo Carreras starting on the wing.

Elsewhere, Matias Moroni and Jeronimo de la Fuente retain their positions as the two centres, while Santiago Carreras and Gonzalo Bertranou are the half-back paring.

Experienced hooker Julián Montoya continues to captain the side and is joined in the front-row by Francisco Gómez Kodela and Thomas Gallo, who are the starting props, while Matías Alemanno and Tomás Lavanini pack down in the second-row again.

Meanwhile, in the back-row, Marcos Kremer and Juan Martín González continue on the side of the scrum as the two flankers with Pablo Matera rounding off the pack at number eight.

On the replacements bench, Cheika has once again opted for a five-three, forwards and backs split with Ignacio Ruiz, Nahuel Tetaz Chaparro, Eduardo Bello, Lucas Paulos and Facundo Isa covering the pack, while Eliseo Morales, Tomás Albornoz and Matías Orlando are reserve backline players with scrum-half Morales set to make his Test debut if he takes to the field.

The Pumas launched their tour of Europe with victory over World Cup pool opponents England, their first success against them at Twickenham in 16 years, last weekend.

Argentina hammered Wales 33-11 when the teams met in Cardiff last year, but coach Michael Cheika said it was important his side forget about that result and indeed the win in London before Saturday’s game in the Welsh capital.

“I want the attitude of always looking forward and wanting to improve,” he told reporters.

“I can’t look back, rather keep looking forward to next week. We just need to keep working on the principles of our game and our mentality.

“We’ve been working on self-belief, understanding what we can do and what we are capable of and making ourselves capable to go to the new standard and get better,” the Australian added.

Their triumph at Twickenham was Argentina’s latest impressive away performance under Cheika, with the Pumas having defeated the All Blacks 25-18 in Christchurch in August.

But the former Wallabies boss has now challenged Argentina to become consistent winners.

“We’ve put together one or two results on the road this year but with time off in between,” said Cheika.

“Now we can try and win away for a second successive weekend.” 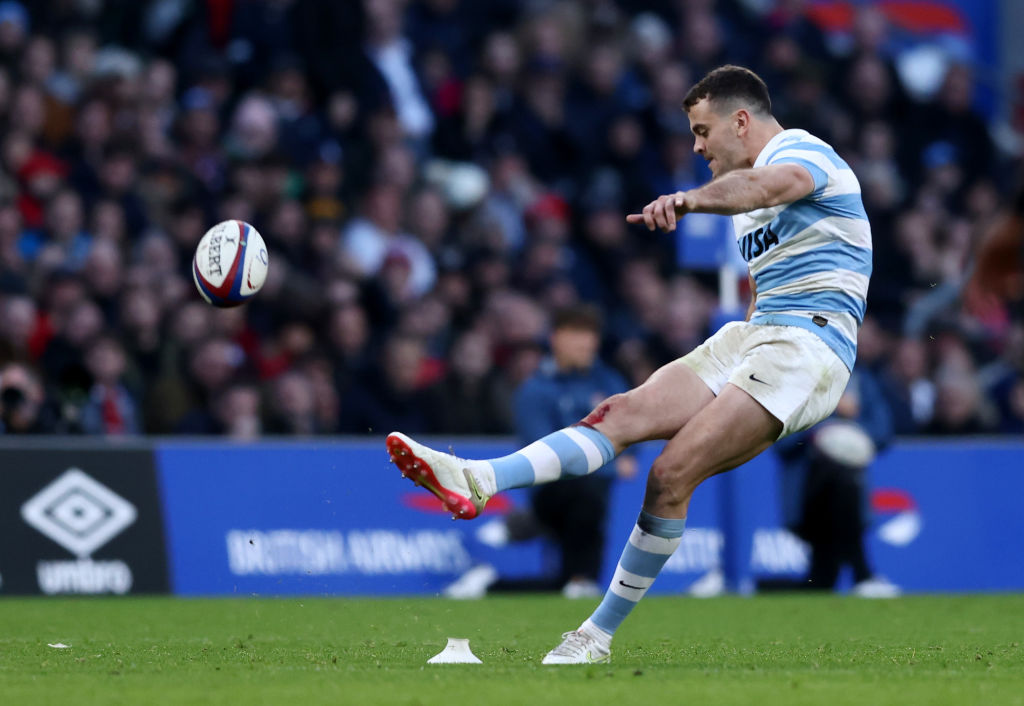