Pumas and All Blacks Teams Named for Round #4 Test

A vastly different looking All Blacks line-up will take to the field against the Pumas who also ring the changes for the clash in Brisbane.

Damian McKenzie will start at first five-eighth for the All Blacks in Brisbane on Saturday night. McKenzie has replaced Beauden Barrett in the No 10 jersey for the second clash against the Pumas, with the latter dropping to the bench as he continues to manage a calf niggle.

Coach Ian Foster could not call on Richie Mo’unga, who has only just arrived in Queensland for two weeks’ quarantine, and won’t be available until the second test against the Springboks on October 2 on the Gold Coast.

In the starting front row, Joe Moody is in the number one jersey after his return to the All Blacks off the bench last week, with hooker Samisoni Taukei’aho making his first Test start. Tyrel Lomax will start in the number three jersey. There is also a welcome return to the All Blacks for prop Ofa Tuungafasi who will return to international rugby via the bench, following his recovery from knee surgery.  Prop George Bower will also bolster the front row from the reserves bench.

In the second row, Patrick Tuipulotu is back from a groin strain and will start alongside Tupou Vaa’i.  Scott Barrett will provide impact from the bench.

In the loose forwards, Ethan Blackadder and Hoskins Sotutu will make their second Test starts, at blindside and number eight respectively while Ardie Savea returns as captain in the number seven jersey. Luke Jacobson is the loose forward cover.

In the backs, TJ Perenara is at halfback with Finlay Christie, making his first appearance in the Fortinet Rugby Championship, at reserve halfback while Quinn Tupaea gets his second Test start at 12 inside the experienced Rieko Ioane.

In the outsides, George Bridge is again on the left wing, Will Jordan is the right wing and Jordie Barrett is again at fullback.  Beauden Barrett will provide experience from the bench, with Braydon Ennor making a welcome return to the national side via the bench.

Commenting on the team selected for the second Test against Argentina, All Blacks Head Coach Ian Foster said:  “With five Tests in a row and a six-day turnaround between these two Argentinian Tests, we were always going to make some selection changes. Five Tests in a row demanded that.  But the good thing is that we have a group that has been focussing on the same opposition for the last two weeks, so our preparation time hasn’t been compromised.

“We are expecting a huge response from Argentina and we have to make sure we are prepared for that because we know what a wounded beast is like.  The key is not so much how they respond, but how we respond. If we go into this Test match thinking it’s just going to happen for us like last week without earning the right to have the scoreboard in our favour, then we are in trouble.” 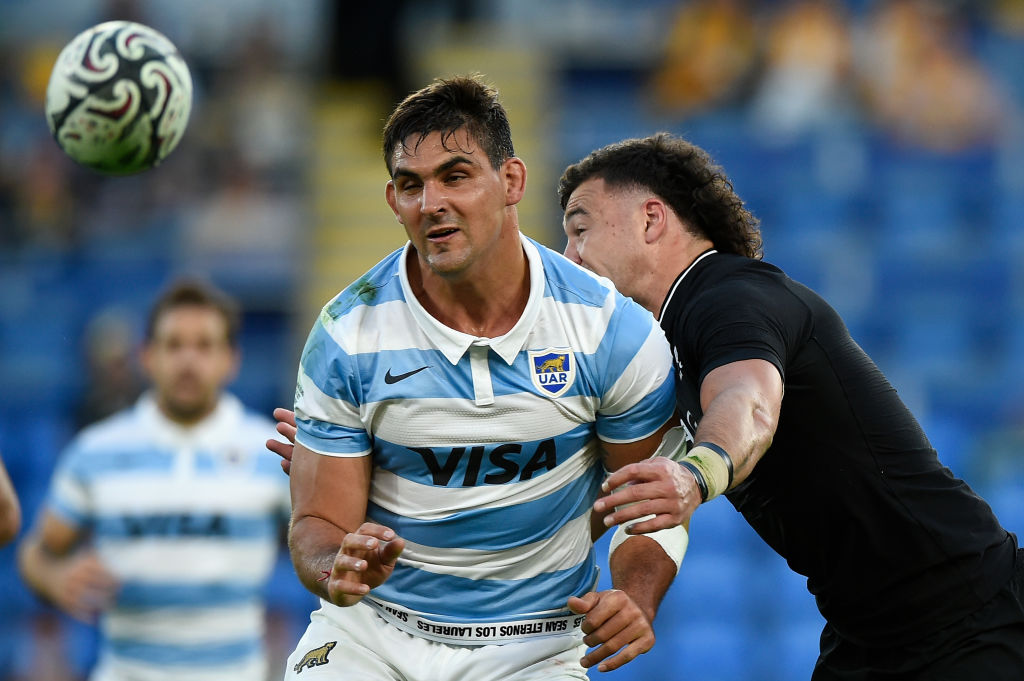 Pumas flanker Pablo Matera moves to No.8 for the match in Brisbane

Argentina head coach Mario Ledesma has also rung the changes to his starting XV for their Rugby Championship Test against the All Blacks in Brisbane.

There are six alterations in all, including two positional switches, with Pablo Matera moving to number eight from the blindside flank, where he takes over from Rodrigo Bruni, while Santiago Cordero shifts from the left to the right-wing in place of Bautista Delguy.

Matera’s spot on the side of the scrum is taken by Juan Martín González while Emiliano Boffelli will wear the number 11 jersey.

In other backline changes, Santiago Carreras replaces Nicolas Sanchez at fly-half while Santiago Chocobares and Lucio Cinti are preferred to Jeronimo De La Fuente and Matias Moroni as the new centre combination.

There is one final change in the forwards with Tomas Lavanini coming into the run-on side in place of Guido Petti, who has been demoted to the replacements bench.