The Pumas scored an 81st-minute try to beat Scotland 34-31 in the third Test to claim the series 2-1.

Emiliano Boffelli, who plays for Scottish club Edinburgh, crossed after the Pumas had trailed by 15 points with half an hour remaining in Santiago del Estero.

The hosts claimed the decider after losing last week in Salta but won the opening game in San Salvador de Jujuy on July 2.

Argentina coach Michael Cheika made 11 changes to his side and named flank Pablo Matera as captain with regular skipper Julian Montoya injured.

In dry conditions in northern Argentina, 27-year-old Boffelli opened the scoring with a 10th-minute penalty from more than 50 metres.

Under five minutes later Townsend’s side responded as winger Duhan van der Merwe slalomed through the home defence to find his way over.

Blair Kinghorn, starting at fly-half with Finn Russell rested for the tour, added the extras to make it 7-3 after a quarter of an hour before the hosts re-took the lead.

Kinghorn was beaten in the air before Cheika’s side recycled possession and their fly-half Santiago Carreras, set up by Boffelli, replicated Van der Merwe’s feats to cross.

The score changed hands again after 25 minutes as Scotland hooker Ewan Ashman found the white line from the back of a rolling maul and Kinghorn converted.

Boffelli succeeded with a 35th-minute penalty after missing another long-range effort but the visitors led 14-13 at the break.

Scotland extended their advantage four minutes after the interval as Ashman claimed his third try in four Tests after Kinghorn’s pass and the stand-off’s conversion took the scores to 21-13.

Townsend’s outfit then went further ahead, to 28-13, after Van der Merwe copied Ashman’s efforts by crossing for a second of the game, this time from three metres out.

Argentina’s response came less than 60 seconds later as replacement prop Nahuel Tetaz Chaparro bundled over with a pick and go to start the comeback.

Boffelli slotted the additional points to make it 28-20 to set up a tense half an hour. 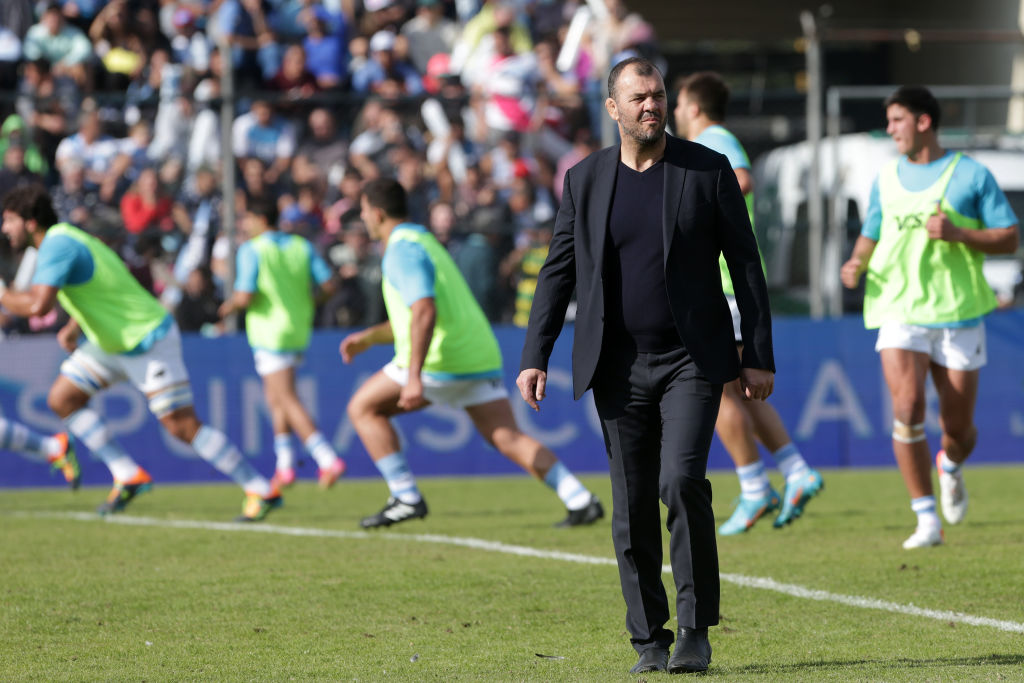 Scotland’s lead was cut to 31-27 with 12 minutes left as the Pumas’ replacement scrum-half Gonzalo Bertranou sniped over following a Kinghorn penalty.

The hosts, inspired by a vocal crowd at the 30,000-capacity Estadio Unico Madre de Ciudades, powered forward looking for the decisive try and after countless phases, Boffelli dived over in the corner with the clock in the red.

Argentina next plays on August 6 as they host Cheika’s former side Australia in Mendoza in their Rugby Championship opener.

Scotland has a close-season break, with the European club campaign starting in September, before they host the Wallabies on October 29.