Instead, outsider Rodrigo Bruno got the nod and is among 26 players from Super Rugby runners-up the Jaguares who will travel to Japan for the September 20-November 2 global tournament.

"I was convinced more by other players (than Isa)," Ledesma told reporters after revealing his hand for Pool C matches against France, Tonga, section favourites England and the United States.

"And I wanted to give priority to those playing at home over those based abroad. Contrary to what sections of the media thought, Facundo was not a certain choice."

Jaguares flanker Pablo Matera will captain a national team that has won just eight of 41 internationals since finishing fourth at the last World Cup, in England and Wales four years ago.

Argentina went down 24-18 to an experimental South Africa side in Pretoria last Saturday -- their ninth straight defeat since beating Australia away last September.

Former Pumas hooker Ledesma was chosen for four consecutive World Cup tournaments between 1999 and 2011 and loose forward Juan Manuel Leguizamon [pictured below] equals that record after making the squad for Japan.

Argentina have played 37 World Cup matches, winning 19 and losing 18, with the best showing a third-place finish at the 2007 tournament hosted by France.

Their World Cup record against their pool opponents in Japan is mixed. They have won two of three clashes with France, beaten Tonga the only time they played and lost both meetings with England. They have never faced their final pool opponent, the United States, at the tournament. 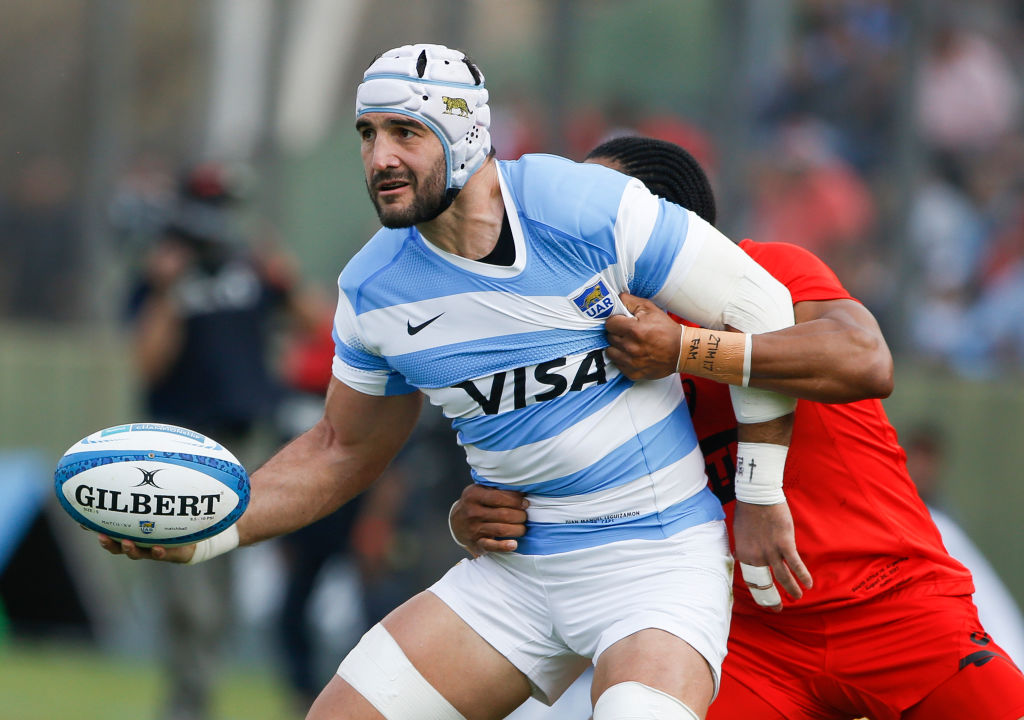