Pumas Wing It To Success

The Pumas wingers Bautista Delguy and Ramiro Moyano have been key to the success of the revitalised team this season under coach Mario Ledesma.

The withdrawal of winger Ramiro Moyano for this week’s match against New Zealand is a huge blow for the Argentines. A rib-injury Moyano picked up in his side’s historic victory over the Wallabies earlier this month will see Argentina lose one of their most consistent wingers, whose try scoring on home soil (eight tries in 13 games) has been a good omen for a Pumas victory; Argentina have lost just once in five games at home when Moyano has bagged a try. Moyano has had an outstanding tournament so far, and his withdrawal will mean his young team-mate Bautista Delguy will be relied on heavily to provide some spark from the back.

Delguy has slotted in well to the right-wing position in his seven games for the Pumas. The 21-year-old has three tries in four games on home soil, including a double in his most recent match in Argentina against South Africa. With Moyano occupying the left wing during The Rugby Championship, Delguy has almost outperformed his countryman in some of the games this tournament. 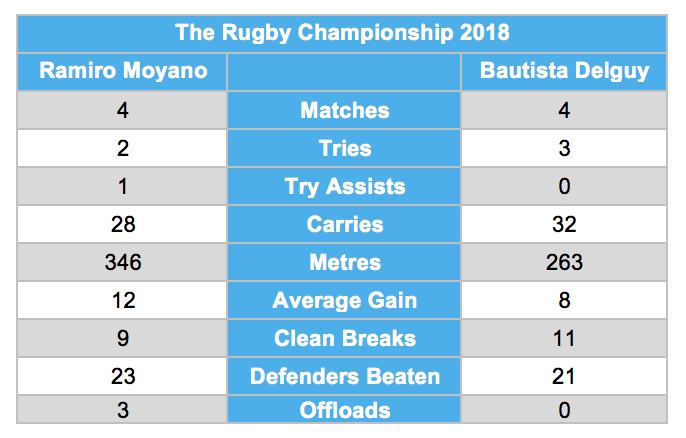 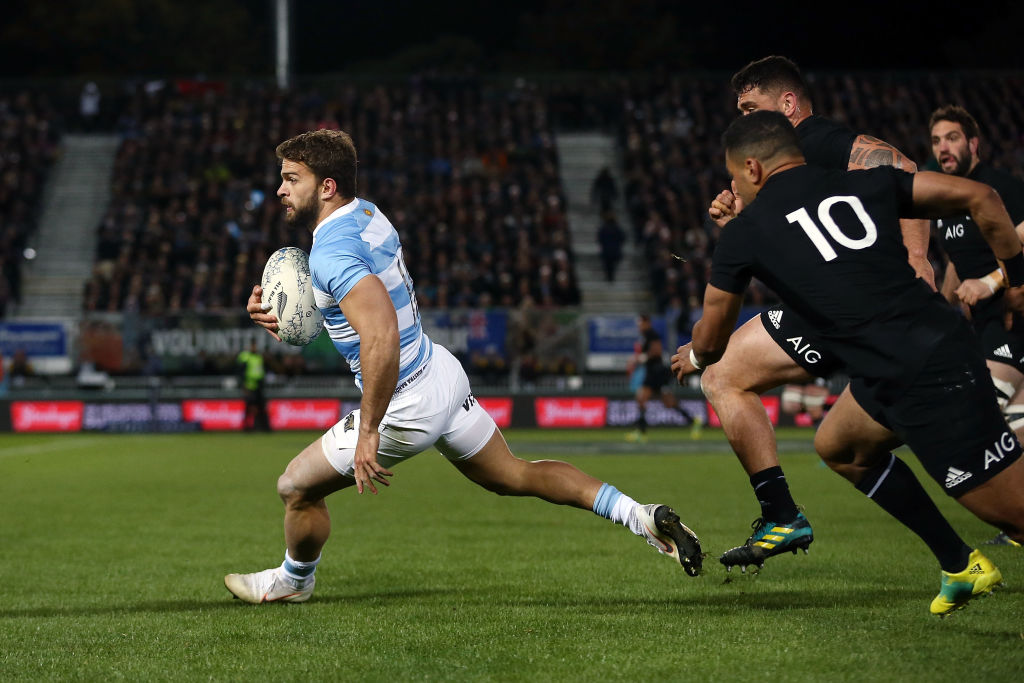 Ramiro Moyano on his way to scoring against the All Blacks

Delguy’s speed has proved difficult for his opposition to contain, regularly breaking the line during this tournament and quickly developing into a proven try-scorer. Delguy (11) trails only New Zealand veteran Ben Smith (14) for clean breaks while only South Africa’s Aphiwe Dyantyi has scored more tries than Delguy from the wing or fullback position. Delguy ran riot against the Wallabies on the Gold Coast last round, the only player on the park to make more than two clean breaks (three). However, he will face a far greater assignment when taking on the All Blacks this week, who will be out to atone for a shock loss to South Africa in Nelson. New Zealand’s Rieko Ioane starred for New Zealand on the left edge in this match, scoring two tries. If Ioane is selected in this same position, it will provide an excellent match-up with the fleet-footed Delguy.