Down to 12 men at one point Argentina were their own worst enemy at Murrayfield.

Darcy Graham scored a hat-trick of tries as Scotland thrashed Argentina 52-29 in a bad-tempered clash at Murrayfield littered with ill-discipline from the visitors.

Argentina was undone by Marcos Kremer’s red card after just 21 minutes when 8-7 in front and three more yellow cards in the second half.

Scotland captain Jamie Ritchie was also sent to the sin bin after a second-half brawl between the two sets of players.

By that point Scotland led 31-22 as Finn Russell’s creativity opened up the Argentine defence for Duhan van der Merwe to put the hosts in front before Darcy Graham crossed twice on either side of half-time.

Argentina was reduced to 12 men for just short of 10 minutes due to quickfire yellow cards for Matias Alemanno and Tomas Lavanini.

But remarkably it was Michael Cheika’s side who struck with a three-man disadvantage when Emiliano Boffelli ran in a breakaway try under the posts.

Scotland regained their composure for Sione Tuipulotu to score his second try before Cameron Redpath, Stuart Hogg and Darcy with his third of the afternoon rubbed salt into Argentine wounds. 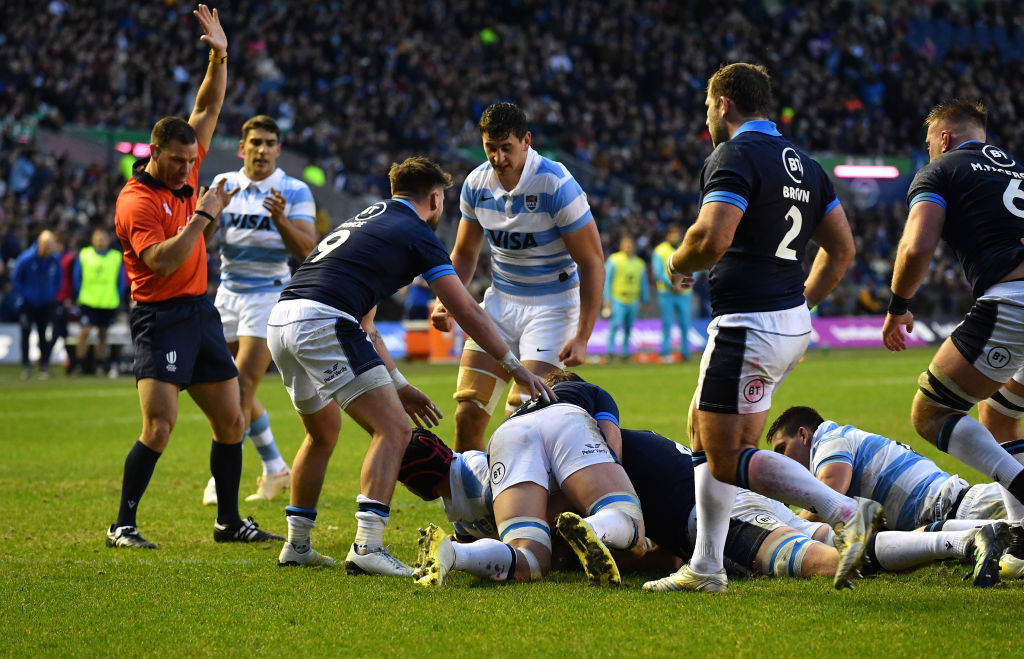