Although Los Pumas got off to an outstanding start, with Santiago Cordero touching down early, the Springboks deservedly took a 24-13 advantage into the break via tries from Bongi Mbonambi and Handre Pollard, who also added 14 points from the tee.

In the second half, Argentina were simply overpowered by Rassie Erasmus’ team as the away side sealed the win with further tries from Pollard, Makazole Mapimpi and Cheslin Kolbe.

It meant the Boks finished a fine campaign unbeaten and secured their first southern hemisphere crown since 2009, when the competition was still called the Tri Nations.

South Africa have enjoyed a revival under Erasmus, justifiably taking the title after three fine performances in the competition, but they were initially put under pressure with Nicolas Sanchez playing a starring role.

The fly-half broke through the visiting rearguard and took play up to the visiting 22. Although the visitors did well to halt the break, Sanchez produced a deft cross-field kick for Cordero to collect and score.

Unperturbed, the two-time World Cup winners hit back via Pollard’s penalty before they put the Argentines’ set-piece under significant duress. Mario Ledesma’s men have struggled in the tight this year and South Africa took advantage of their weaknesses at the lineout and scrum.

Following a penalty, South Africa set up a driving maul and the home side were powerless to stop their opponents’ dominant drive, which surged across the whitewash and allowed Mbonambi to touch down.

To the Pumas’ credit, they battled back and regained their advantage via their stand-off’s three-pointer, but the Springboks remained in the ascendancy and took a 14-10 advantage through successive Pollard efforts off the tee.

Although Argentina remained in contention via their pivot, Erasmus’ charges continued to control matters and were rewarded by Pollard’s try and penalty for an 11-point buffer at the interval.

Ledesma needed a response from his squad but it failed to materialise as another needless penalty resulted in the visiting playmaker extending their lead.

The hosts were boosted by a yellow card for scrum-half Faf de Klerk after a series of infringements, but Argentina failed to benefit and were instead sent into reverse by some brutal ‘Bok defence. It altered the momentum and, after good work from Steven Kitshoff and Franco Mostert, Pollard barged over from close range.

That was effectively game over but South Africa were not finished there and rounded off a fine display with two further tries via wingers Mapimpi and Kolbe to seal the emphatic victory. 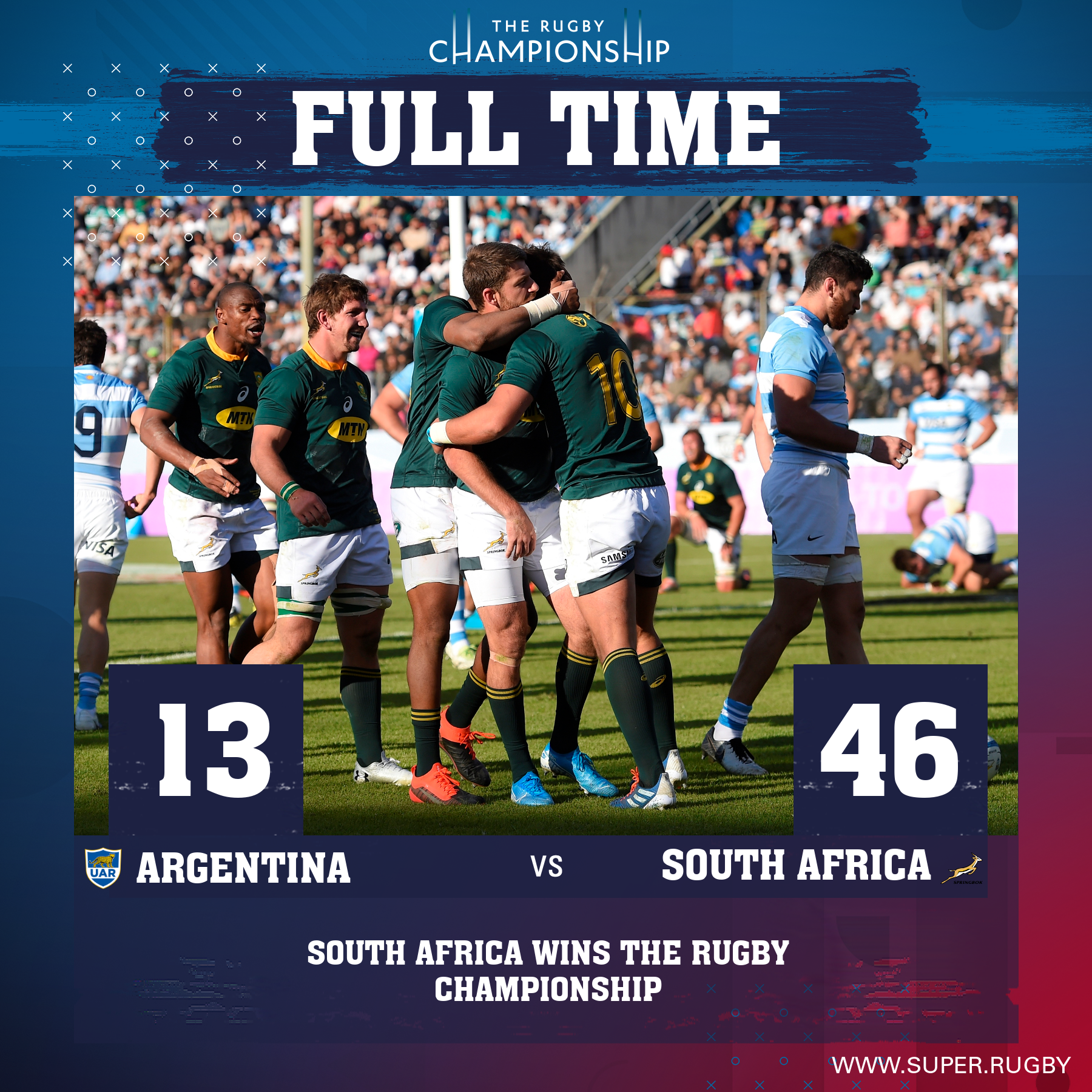