Waratahs backrower Jed Holloway will make his Test debut at age 29, named to start at blindside flanker for the Wallabies against Argentina in Mendoza on Saturday afternoon (local time).

He's one of two players named in their first Australian matchday 23, with Melbourne Rebels prop Matt Gibbon set to make his debut off the pine as the loosehead prop cover.

Playmaker Quade Cooper returns to the team, looking for his first minutes in a gold jersey this year after making a full recovery from a calf strain.  He'll wear the number 10 jersey and partner the in-form Nic White in the halves.

After impressive form in the England Series, Tom Wright will wear the number 15 jersey for the first time in a Test, with the electric Jordan Petaia and powerful Marika Koroibete on the wings, completing the back three.

Darcy Swain is another who returns to the team after serving his suspension and is set to reignite his second-row combination alongside workhorse Matt Philip.

Yamba product Holloway is joined in the backrow by captain Michael Hooper [NOTE: see below for update] who will surpass former teammate Adam Ashley-Cooper as the third most-capped Wallaby of all time when he runs out for his 122nd Test match at Estadio Malvinas in Mendoza in the familiar number seven.  The ever-improving Rob Valetini will anchor the scrum for the 14th consecutive time at no. 8.

The hard-hitting Hunter Paisami will slot in at inside centre, with Len Ikitau back in the starting line-up as his midfield partner, the pair having last started together for the country against Wales last year.

The mobile Lachlan Lonergan will also play his first Test of the year as the reserve hooker, with fan-favourite Taniela Tupou the prop cover alongside Gibbon.

New South Wales captain Jake Gordon will bring energy as the finishing scrumhalf, while Reece Hodge's versatility will again be called on as the other backline replacement.

The Test marks the beginning of the team's eToro Rugby Championship campaign, with home Tests against South Africa and New Zealand from later this month.

Wallabies coach Dave Rennie said: “We've had a strong week of preparation over here in Argentina and we are highly motivated to put on a performance that makes our supporters proud back home in Australia."

"It's an extremely special occasion for Jed, Matt and their families and it's up to the rest of us to make sure it's a positive memory on their Test debuts.

"Argentina will be full of confidence after their home series win over Scotland and we know we'll need to be at our best to get a good result on Saturday afternoon." 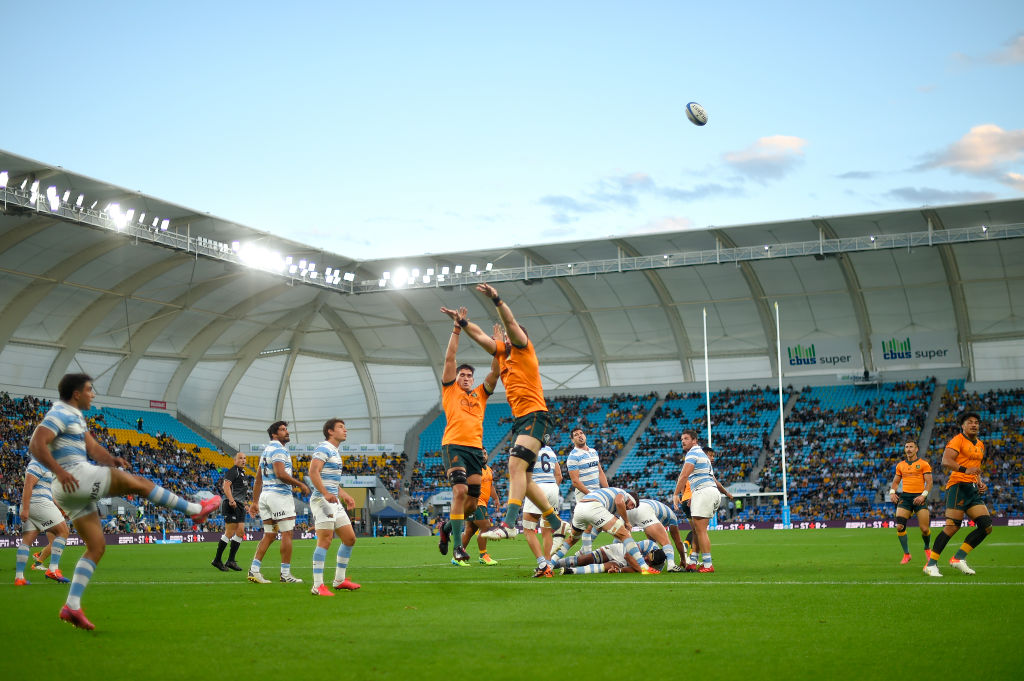 Argentina head coach Michael Cheika has revealed his team for their 2022 Rugby Championship opener against Australia in Mendoza.

There are three changes to the backline that started in the 34-31 win in the third Test against Scotland. Santiago Cordero comes in on the wing for Bautista Delguy, while Jerónimo de la Fuente gets the nod over Matias Moroni at inside centre. The final change in the backline sees Tomas Cubelli take over the No.9 duties from Lautaro Bazán Vélez.

The blow for Argentina is that veteran flyhalf Nicolás Sánchez has been ruled out of the matchday 23 because of injury.

Meanwhile, a new-look pack that will be in action on Saturday. Pablo Matera will wear the No.8 jersey this weekend with Marcos Kremer and Juan Martín González Samso on the flanks.

In the second row, Tomás Lavanini will have a new partner in the form of Matías Alemanno.

In the front row, Francisco Gómez Kodela comes in for Joel Sclavi with Julian Montoya leading the team from the hooker position.

Nahuel Tetaz Chaparro comes in to wear the No.1 jersey with Thomas Gallo dropping down to the bench.

Michael Hooper to Return to Australia

Wallabies captain Michael Hooper has withdrawn from tomorrow’s Test and will be returning to Australia due to personal reasons.

The 121-Test openside flanker believes he’s not in the mindset to fulfill the responsibility that goes with leading and representing his country at this point in time.

He has addressed his teammates to tell them and that he has the utmost confidence in the group to get the job done tomorrow in Mendoza.

Fellow Test centurion James Slipper will lead the side in Mendoza tomorrow afternoon (local time), while Fraser McReight will replace Hooper in the number seven jersey.