Reds playmaker James O'Connor will start for the Wallabies for the first time this year when the side take on Argentina in San Juan on Saturday afternoon (local time; 5:10am Sunday AEST).

O'Connor will wear the number 10 jersey and partner Nic White in the halves as the side look for back-to-back wins against Los Pumas to start their 2022 eToro Rugby Championship campaign.

Towering lock Rory Arnold will make his first appearance in the gold jersey this year, named in the starting second row alongside former Brumbies teammate Darcy Swain for the first time at Test level.

NSW Waratahs midfielder Lalakai Foketi has earned his first run-on at International level, where he'll start at inside centre, partnering the fleet-footed Len Ikitau in the centres.

There's also a change in the front row with Taniela Tupou set to start at tighthead prop, joining hooker Folau Fainga'a who had a notable outing in the side's 41-25 win in Mendoza.  Test centurion James Slipper will lead the side as the loosehead prop in the absence of Michael Hooper.

The ever-improving Jordan Petaia will again line up on the right wing, with powerhouse Marika Koroibete on the left edge.  Tom Wright's impressive first start at fullback rewarded with a second straight week in the number 15 jersey.

Rebels talent Pone Fa'amausili has been named to make his potential Test debut off the pine as the finishing tighthead prop, alongside club teammate Matt Gibbon as the reserve loosehead.  The athletic Lachlan Lonergan has been named to make his first start as hooker following the late withdrawal of Folau Fainga'a. Uncapped Billy Pollard comes on to the bench and could make his test debut in San Juan.

Nick Frost's Test career continues to grow, again named to cover the second row with the versatile Pete Samu able to provide support across the backrow.

Queensland captain Tate McDermott has been recalled and will bring energy as the finishing scrumhalf, while Irae Simone will be looking to add to his two Test caps, named in the Wallabies side for the first time since 2020.  After an outstanding cameo at flyhalf last week Reece Hodge has again been named in the number 23 jersey.

Wallabies coach Dave Rennie said: “After a tough, physical game last week it's great to be able to call on the experience of guys like James and Rory and also see the team's excitement for La and Irae who get to wear the Wallaby gold again on Saturday."

"It's going to be a proud occasion for Pone and his family and it's a testament to him for the hard work and obstacles he's had to overcome to earn his first Test cap.

"Argentina and their supporters will be expecting a response this weekend and we'll need to increase our physicality and accuracy to get another positive result in San Juan." 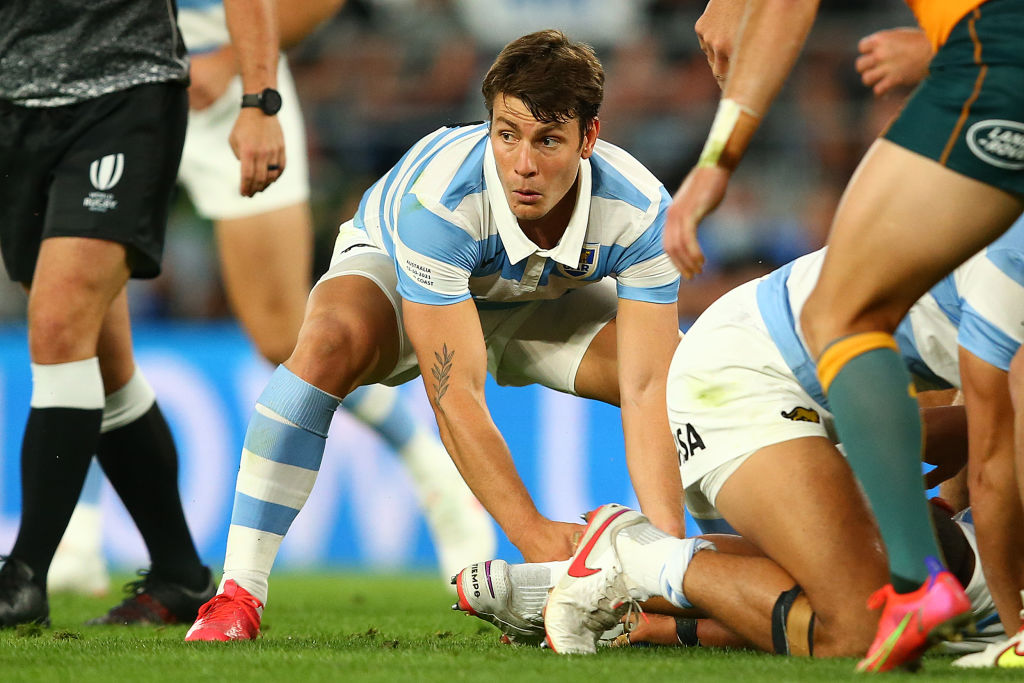 Argentina have made four changes to their team to take on Australia in their second Rugby Championship clash after losing the first last weekend as the Wallabies stormed back late in the game.

Argentina’s Australian coach Michael Cheika has made three backline switches. He also brought in Thomas Gallo for Nahuel Tetaz Chaparro at loosehead in the front of the scrum for the test in San Juan on Saturday.

Matias Moroni will replace Matias Orlando at centre and there is a switch on the wings as Emiliano Boffelli moves to the right in place of Santiago Cordero, to allow Juan Imhoff to play on the left.

“We’ve tried to give everyone a chance in training in the week to show who, within the strategy for the game on Saturday, is ready for the game. Some have earned the opportunity from training and with others it might be a little bit tactical,” Cheika said.

“For example, Bertranou was very sharp in training with a good understanding of the tactics. It’s a strong combination we have at halfback and he wins his place to show what he can do on match day.”

Cheika said Argentina would be looking to improve on multiple fronts in their second meeting with the Wallabies in a week.

“It’s about improving all things, in the scrum, maul, line outs and rucks so that we can be competitive in every game,” he added.