TRC Round 2: Springboks and Pumas Ready

The Springboks travel to Mendoza to face Los Pumas with one change to the starting lineup while Ledesma shuffles the Pumas bench.

The return of Franco Mostert at lock is the only change in the Springbok starting team for the second round Castle Lager Rugby Championship clash against Argentina on Saturday in Mendoza. The match in the Estadio Malvinas Argentina starts at 21h10 (SA time) and will be televised live on SuperSport1.

Mostert was rested for last weekend’s Springbok victory over the Pumas in Durban following his heavy workload so far this year. He comes back into the starting team for Saturday’s Test and will form a second row partnership with Eben Etzebeth, which sees Pieter-Steph du Toit moving to the bench as cover.

There are two more changes amongst the forward replacements. RG Snyman (lock) makes a return to the match 23 in place of Marvin Orie, who is not touring, while Wilco Louw (prop) rotates places with Thomas du Toit.

SA Rugby’s Director of Rugby, Rassie Erasmus, explained the inclusion of Mostert in the starting fifteen: “Franco needed rest after Vodacom Super Rugby and the June internationals and we therefore didn’t consider him for Durban. He’s been our first-choice No 5 lock and that’s why is starting on Saturday.”

Erasmus kept his backline unchanged and also resisted the temptation to tweak his loose forward combination.

“I want to us to build more continuity and those combinations now have another opportunity to play together and gain more experience,” said Erasmus.

Regarding Saturday’s challenge against Argentina, Erasmus said: “We’ve always rated them as a very physical team and we felt the game (in Durban) was physical. They’re going to step it up and I think they will come hard at our mauling, scrums and the breakdowns.” 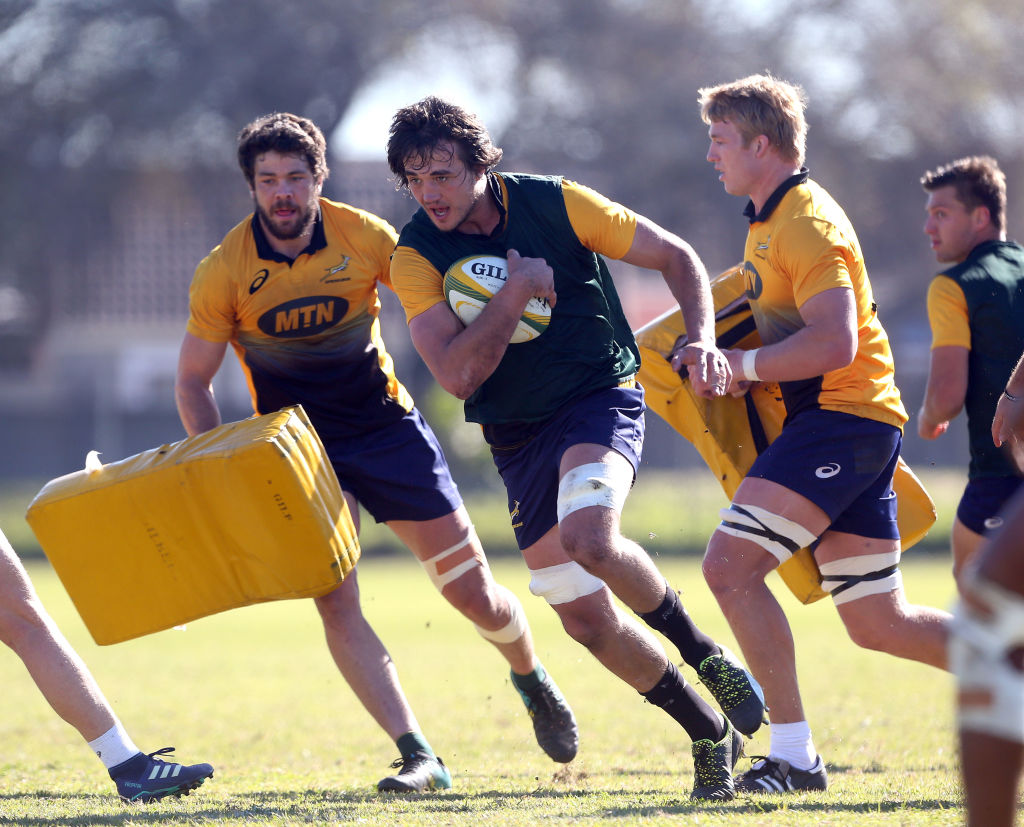 Tomas Lavanini replaces Matias Alemanno at lock in the only change to the Argentina starting line-up for a Rugby Championship return match against South Africa in Mendoza on Saturday.

The Pumas lost 34-21 to the Springboks last Saturday in the opening round of the southern hemisphere championship.

Alemanno replaces Lavanini on the bench, where there are three other changes with centre Jeronimo de la Fuente, scrumhalf Tomas Cubelli and hooker Facundo Bosch promoted.

Utility back Santiago Gonzalez Iglesias, hooker Diego Fortuny and veteran scrumhalf Martin Landajo drop out of the matchday 23 for the game at Estadio Malvinas Argentinas.

Cubelli is back in the squad after a long absence having been injured against New Zealand in the Rugby Championship last year.

The Pumas will be seeking only a second home victory over the Springboks after one win, one draw and 11 losses in the South American nation since they first met there 25 years ago.

Hooker Agustin Creevy skippers a side that lost twice to Wales and once to Scotland at home during June before coming off second best to South Africa in Durban.