The teams for Tri Nations match #3 have been announced for the clash at Bankwest Stadium in Sydney.

The matchday 23 forward pack features the return of Joe Moody, who missed the last two Tests through HIA (head injury assessment) protocols.  He will pack down alongside Dane Coles and Tyrel Lomax.  Hooker Codie Taylor is on the bench alongside Alex Hodgman and Nepo Laulala, who has returned from parental leave.

Patrick Tuipulotu, who missed the Brisbane Test with illness, has been named in the second row alongside Samuel Whitelock, with Tupou Vaa'i covering from the bench.  The back row is Shannon Frizell at six, Captain Sam Cane in the seven jersey and Ardie Savea at number eight, with Hoskins Sotutu loose forward cover.

In the backs, Aaron Smith has been selected in the nine jersey, with Brad Weber on the bench as halfback cover, Richie Mo'unga is at ten, with Jack Goodhue and Anton Lienert-Brown the midfield combination. Caleb Clarke is on the left wing, Jordie Barrett moves to the right and Beauden Barrett is at fullback.  Rieko Ioane and Damian McKenzie are the other reserve backs.

All Blacks Head Coach Ian Foster said: "We were bitterly disappointed with the loss against Australia on the weekend, but we've taken a lot of lessons from that game. Specifically, we need to be smarter in seeing space and executing our plan around that.  We also want to continue growing our work at the breakdown, both on attack and in defence, as I feel we are making great progress here."

"We're now into the next phase of the Tournament playing against Argentina and it will be exciting playing a new opposition," Foster added.

"The Argentinians are well coached by Mario Ledesma and we have a lot of respect for them   You only need to go back to Buenos Aires last year, when we had a real arm wrestle with them, to know how tough they can be (the All Blacks narrowly won 20 -16).

"They've been in Australia for a number of weeks, they are well-prepared and this is their first Test of 2020 so it'll be a massive occasion for them and their country so we have to be ready." 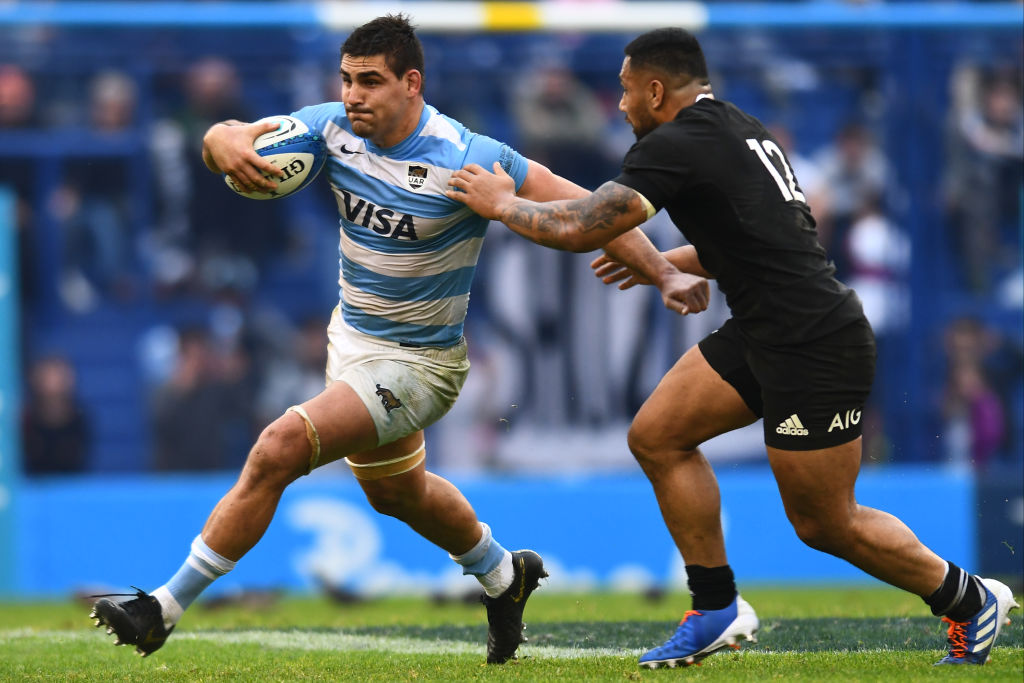 Head coach Mario Ledesma has named his side to face the All Blacks that has three new faces. The starting XV is captained by flanker Pablo Matera and there is a first cap for centre Santiago Chocobares, while on the bench awaiting their debuts will be flanker Santiago Grondona and three-quarter Lucio Cinti.

However returning to action is prop Francisco Gómez-Kodela, a Bordeaux [France] player, who returns to the selected team after 7 years. His last game was in 2013 against Georgia. 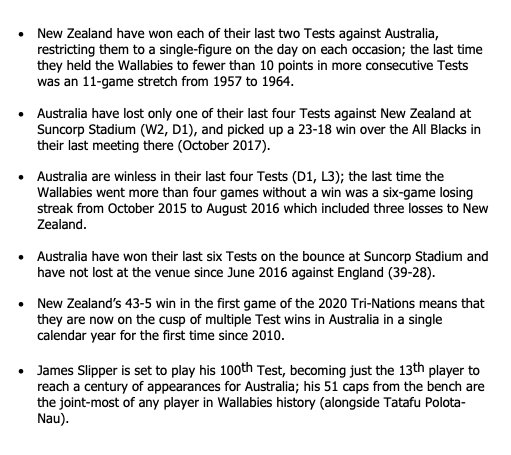