The teams have been announced for the huge Tri Nations match #5 clash at McDonald Jones Stadium in Newcastle.

The key feature of the squad is the selection of loosehead prop Joe Moody in his 50th Test. Moody made his Test debut in 2014, and has started 42 of his Tests to date.

The matchday 23 also sees prop Nepo Laulala come into the starting front row, with Tyrel Lomax moving onto the bench alongside Karl Tu'inukuafe; lock Scott Barrett starts with Patrick Tuipulotu on the bench; and loose forward Akira Ioane will start in the number six jersey, after his Test debut against Australia in Brisbane was cut short.

In the backs reserves, TJ Perenara returns, while outside back Will Jordan, who also had limited time in the Brisbane Test, will also get another opportunity, coming off the bench.

"There's a real determination in the team to perform well, not only for ourselves, but also our families and friends at home and our country."

Foster has also congratulated Moody on his milestone.

"He's a key part of our group; he's rock solid and goes about his work in a really good way.  He's a popular member of the team and it's a great achievement for him."

"Argentina have shown two weeks in a row that they can compete at the highest level.  They've grown as a nation, they've got good size and a lot of skill, so we're certainly going in with our eyes wide open." 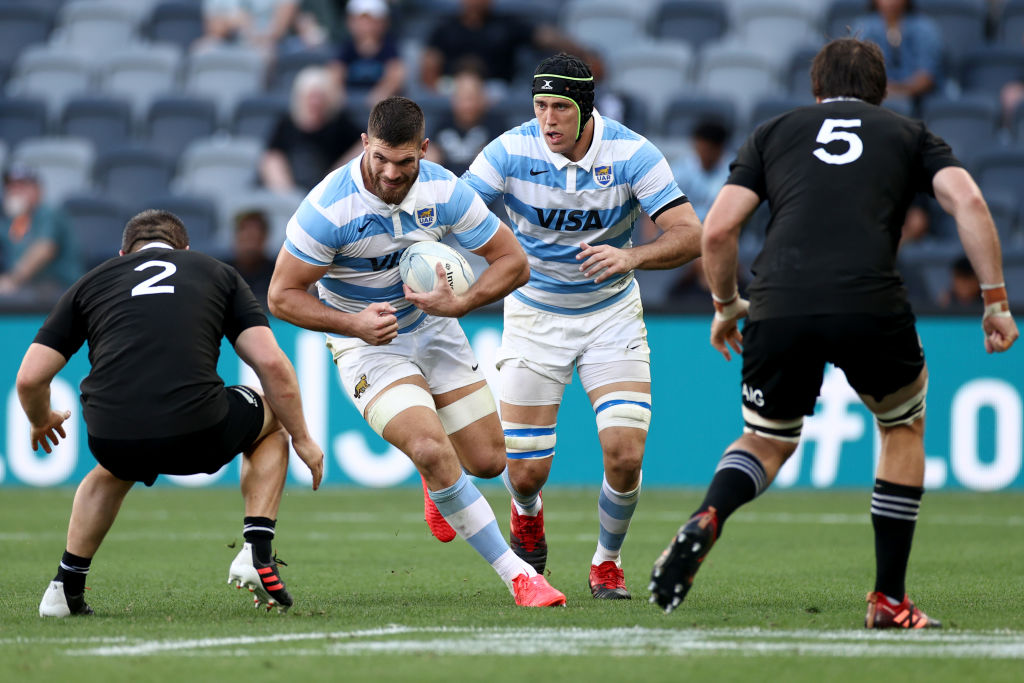 Pumas head coach Mario Ledesma has made a number of changes to his starting side for the big clash in Newcastle. The Pumas will be looking to beat the All Blacks for a second time in the tournament and are on a three-match unbeaten run. They are full of confidence after the earlier 25-15 win in Sydney and a 15-15 draw last weekend against the Wallabies in Newcastle.

In the backrow Facundo Isa who came off the bench against the Wallabies last week starts at No.8 replacing  Rodrigo Bruni. He has also rotated his props with Marcos Vivas and Santiago Medrano getting the call up. The other change in the forward pack sees new cap Lucas Paulos take the number five jersey from Matias Alemanno.

In another change Ledesma has shuffled his backline lineup. The midfield pairing of centres Santiago Chocobares and Matias Orlando, who played so well defensively against the Wallabies, gives way to Jeronimo de la Fuente and Juan Cruz Mallia. On the wing are Santiago Cordero and Ramiro Moyano, while at fullback the experienced Emiliano Boffelli replaces Santiagi Carreras. 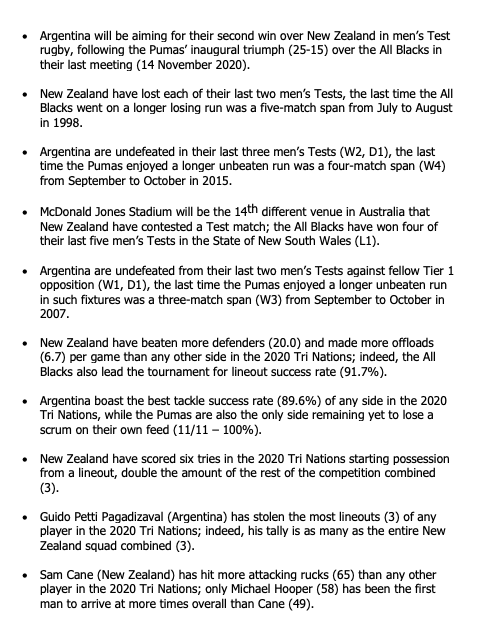