The teams have been announced for the last Tri Nations match of the season at Bankwest Stadium in Sydney.

Wallabies coach Dave Rennie has named James O’Connor at flyhalf for the side’s final eToro Tri Nations Test of the year against Argentina at Bankwest Stadium on Saturday night. Wearing the First Nations jersey, O’Connor will return to the side for the first time since injuring his knee in the second Bledisloe Test in Auckland, with his inclusion seeing Reece Hodge move to fullback.

Hodge’s shift means the 26-year-old will have started for the Wallabies in every position across the backline except scrumhalf during his International career. The change is one of two in the starting XV with Allan Alaalatoa set to start at tighthead prop alongside hooker Brandon Paenga-Amosa and Brumbies teammate Scott Sio.

Matt Philip will be one of just five players to have started every Test for the side this year when he combines with Rob Simmons in the second row, with the latter playing his 106th International.

The backrow remains unchanged from the 15-all draw against the Pumas a fortnight ago, with Ned Hanigan in the number six jersey, skipper Michael Hooper at openside flanker and rookie Harry Wilson at no.8.

Nic White is another who has started every game so far in 2020 and will have a chance to reignite his partnership with James O’Connor in the halves.

The exciting midfield duo of Jordan Petaia and Hunter Paisami will get another opportunity to develop their combination at inside and outside centre, with the dynamic Marika Koroibete and Tom Wright rounding out the back three alongside Hodge.

Brumbies rake Folau Fainga’a retains his spot as reserve hooker after an impressive cameo in his last outing, with youngster Angus Bell and the damaging Taniela Tupou the other front row replacements.

Lukhan Salakaia-Loto also returns from injury on Saturday night after missing the last two Tests with an ankle injury, he’s joined by Rob Valetini as the forward cover. Livewire Jake Gordon will again be called upon as the backup number nine, while Irae Simone has forced his way onto the bench for what would be his second appearance in the Wallaby jersey alongside Tom Banks who completes the matchday 23.

Qantas Wallabies coach Dave Rennie said: “It’s great to have James back in the team this weekend, he brings a lot of experience to a young group and has been working really hard to get his body right to be able to get back on the field.

“Reece has done a great job for us at number 10 over the past two games and we’re confident he’ll put in another good performance for us on Saturday night from fullback.

“The side has worked really hard over the last 10 weeks or so and built a strong connection and I know as a full squad we are really keen to put together a performance that reflects that.” 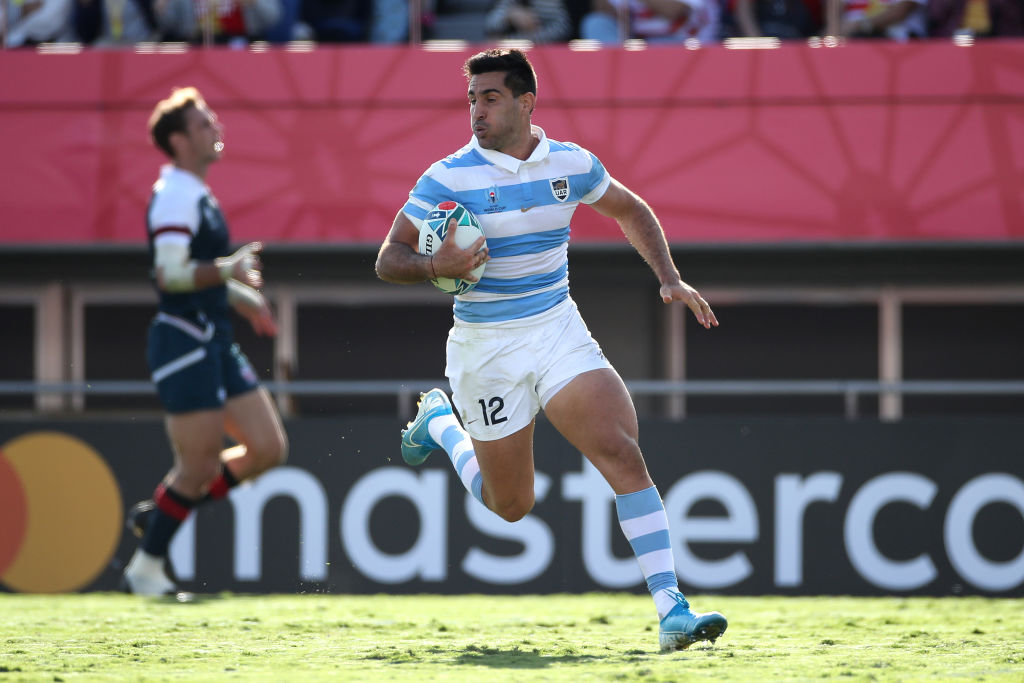 Stood down captain Pablo Matera, as well as teammates Guido Petti and Santiago Socino, won't take part in the Pumas' final Tri Nations Test of the year against the Wallabies, the national body confirmed on Thursday afternoon.

The trio were stood down after revelations surrounding some explosive and shocking comments made on social media (between 2011-2013) that shocked the Tri Nations tournament. Just after midday on Tuesday, the Argentina Rugby Union released a statement that the trio were being stood down until further notice.

“The Argentine Rugby Union strongly repudiates the discriminatory and xenophobic comments published by members of the Los Pumas team on social networks and meeting urgently, the Board of Directors resolves: First, revoke Pablo Matera's captaincy and request the staff to propose a new captain to the Board of Directors," the UAR said in a statement.

Coach Mario Ledesma has stated that Matera is still the captain of the squad but will not play against the Wallabies.

To cover these withdrawals Ledesma has moved gargantuan backrow forward Marcos Kremer to the second row, while Facundo Isa plays on the flank with Santiago Grondona. The number eight will be Rodrigo Bruni.

Behind the scrum Matias Orlando is selected back in the centres to partner new captain Jeronimo de la Fuente. Emiliano Boffelli moves from fullback to left wing as Bautista Delguy also returns to the wing. Santiago Carreras has been selected at fullback. 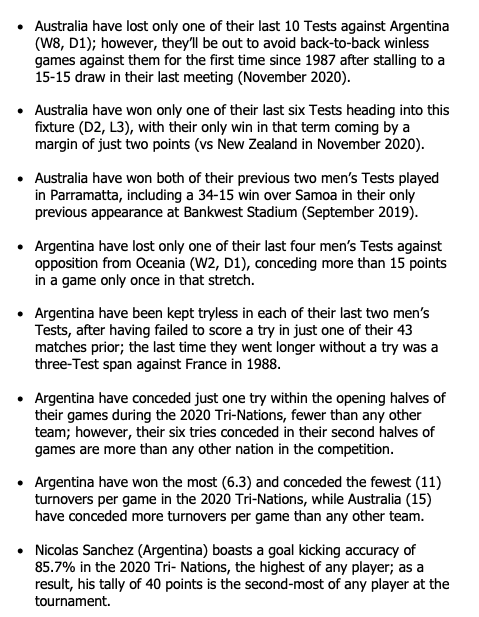