Wallabies and Pumas Named for Salta

The Pumas are seeking an unprecedented third victory in this year's TRC while the Wallabies are desperate to find some winning form.

Qantas Wallabies coach Michael Cheika has made two changes to his starting fifteen ahead of Australia’s Test against Argentina in Salta on Saturday evening (local time).

Bernard Foley will return to flyhalf for his first Test start since the second Bledisloe Cup Test in Auckland back in August with Kurtley Beale shifting to inside centre.

Matt Toomua has been named on an extended bench for his last game before returning to club duties in England at the conclusion of the international window. The Leicester playmaker is ineligible for the third Bledisloe Cup Test in Japan but may be selected for the upcoming Spring Tour of Wales, Italy and England.

Hooker Tolu Latu has also earned a re-call for a spot amongst the reserves, in what could be his first Test since the opening Bledisloe Cup clash in Sydney.

The extended bench will be trimmed to eight on Friday after the team travels to Salta, in Argentina’s north-west.

Argentina won the last meeting between the two sides 23-19 on the Gold Coast last month, to break a five-match win streak for Australia.

Saturday’s clash in Salta will also be the first Test between the Wallabies and Pumas at Padre Ernesto Maltearena Stadium which sits 1,152 metres above sea level. 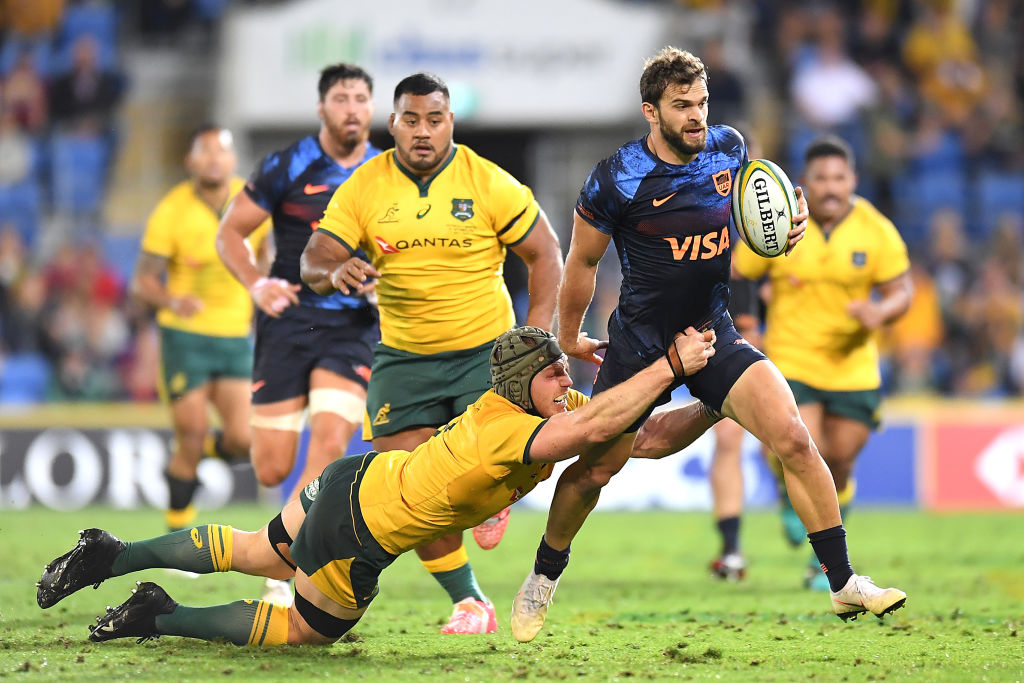 Wing Ramiro Moyano [above] has recovered from a rib injury to be named in Argentina’s starting line-up to face Australia in Salta on Saturday.

He is one of two changes to the XV for the Rugby Championship game this weekend with head coach Mario Ledesma also bringing in Matias Orlando.

Orlando comes into the team for Bautista Ezcurra as Jeronimo de la Fuente shifts to his preferred position of inside centre, while Moyano replaces Bautista Delguy with Moroni moving to the right wing.

The pack remains the same but there are a couple of changes among the substitutes as Santiago Garcia Botta and Santiago Gonzalez Iglesias return to the squad.