Wallabies win with 38 point second half

Australia recovered from a 31-7 deficit at the interval to defeat Argentina 45-34 in their Rugby Championship clash in Salta on Saturday.

The visitors, who scored through Michael Hooper, Izack Rodda, Israel Folau, Dane Haylett-Petty (2) and David Pocock, avoid the wooden spoon, thus handing bottom spot to the Pumas, who will rue how they let slip that buffer at Estadio Padre Ernesto Martearena.

Argentina’s scorers were Pablo Matera, Emiliano Boffelli, Matias Orlando and Santiago Gonzalez Iglesias in what was a match of two halves.

It was a dream opening 40 for the Pumas as they went in with that handy 31-7 cushion thanks to four tries, with Australia’s defence in pieces.

The Wallabies were slipping off tackles – 17 in total during the first-half – and Argentina made them pay, starting in the second minute when Matera hit a superb line before racing over. The conversion from Nicolas Sanchez made it 7-0 and it was 14-0 a couple of minutes later as Reece Hodge’s pass was intercepted and full-back Boffelli eventually finished off the breakaway score.

However, Australia did respond on 14 minutes thanks to a well worked over-the-top line-out move that saw Hooper go over from recycled ball.

The visitors needed to build on that but instead it was the Pumas who scored next as Orlando crashed over after another good Matera carry. The lead grew further shortly after on 31 minutes as Gonzalez Iglesias scored a fine individual try immediately after coming on.

Gonzalez Iglesias, who had replaced the injured Sanchez, would add a penalty before the break to make it a 24-point advantage to the hosts.

The first try of the second period was always going to be crucial so when Gonzalo Bertranou’s box kick was charged down and ended up with Rodda crossing under the posts, the Wallabies had hope of a potential fightback, Foley’s extras making it 31-14 on 45 minutes.

Australia looked re-energised and continued to chip away at the lead four minutes later when Folau’s slick try thanks to a great line made it 31-21. Two minutes after that the lead was down to three points as Haylett-Petty’s finish on the left touchline put the pressure on the Pumas.

A penalty from Gonzalez Iglesias on the hour helped ease the tension in Salta but it was short relief as Pocock crashed over three minutes later, with the conversion from Foley nudging the Wallabies 35-34 in front. It was the first time Australia had held the lead in the game.

That advantage grew to eight points as Australia’s sixth try soon followed, this time from a cross kick that led to Haylett-Petty scoring. And with Foley slotting his second penalty of the game on 75 minutes, the loss of Tolu Latu to the sin-bin late on did not impact on the result as Australia sealed an unlikely comeback win. 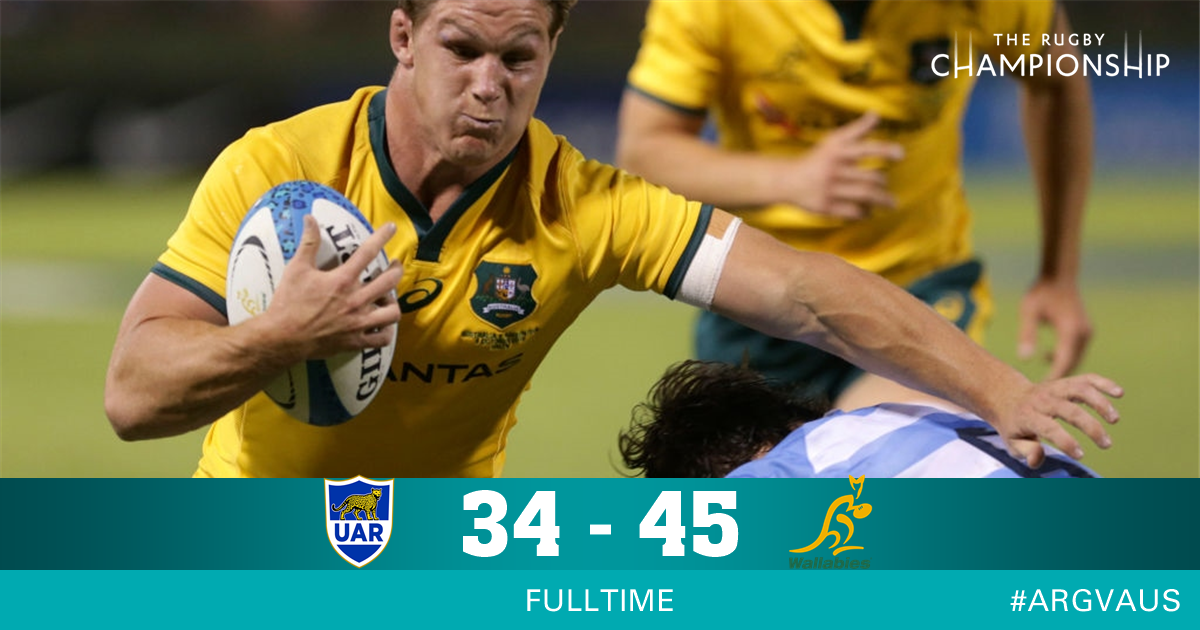