Argentina number eight Juan Manuel Leguizamon says his side 'must play a perfect game' if they are to beat the All Blacks in New Plymouth in Round Three.

Los Pumas have lost their opening two matches of the Rugby Championship against the Springboks. Leguizamon did not play in the first Test but started the second at the expense of Leonardo Senatore as one of six changes to Daniel Hourcade's team.

Argentina now turn their attention to back-to-back world champions New Zealand whom they have not beaten in 28 attempts.

It is undoubtedly a tough challenge but one that the 34-year-old is relishing.

"We know we must play a perfect game to have our chance Otherwise it's going to be very, very difficult. We know that.

"We are trying to have a perfect week and a perfect game. We know it's hard but we believe in our weapons and we trust in that."

Meanwhile, the 78-capped veteran of three World Cups, has highlighted Los Pumas' defence as the area which needs the most improvement. 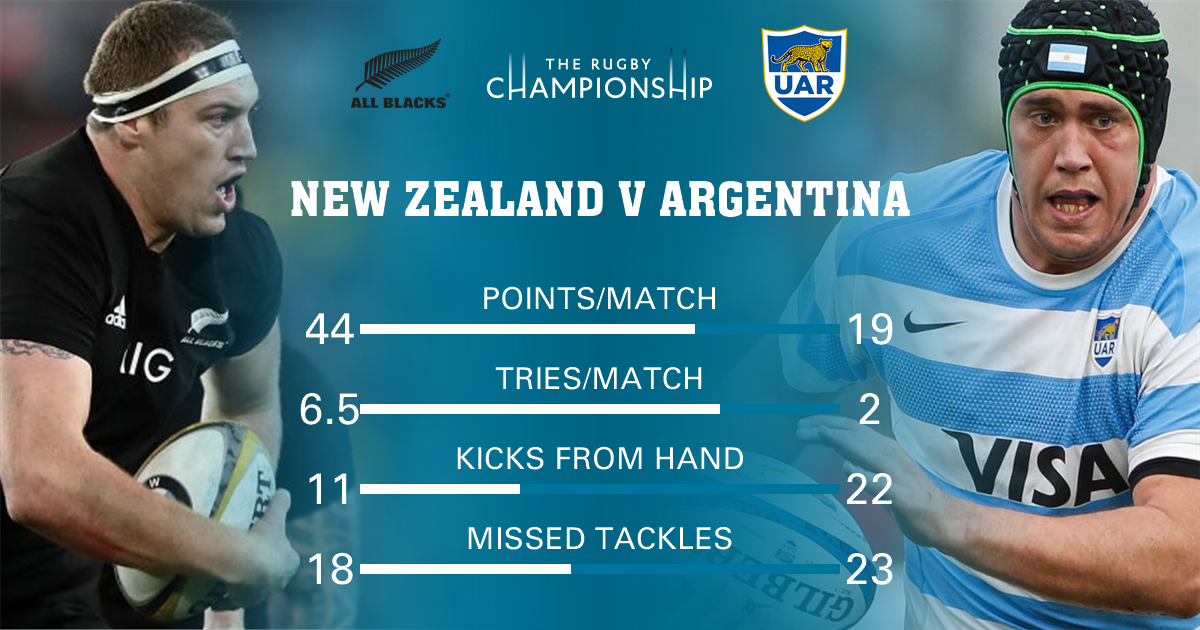 "We need a better defence definitely," he said.

"We defended quite well in the first game in South Africa, but we defended for a lot of time.

"We need to mix good defence with good attack. It's a pretty easy answer but it's very hard to do it. A perfect game of rugby means perfect defence and pretty effective attack."

Leguizamon has played the All Blacks on 10 ocassions, all defeats, and he knows that you have to be on guard for the full eighty minutes otherwise they will exploit any lapses in concentration.

"It's never enough. We must be focused for 80, 82 or 84 minutes when we play against the All Blacks and be preparing in our heads to play that game. It's the most important game you play in your career, so we must prepare in our heads for that.

"It's very hard playing against the All Blacks when they put the intensity high. I don't know how, but we have to do it. We have to be focused for 80 minutes and play only good rugby."