The Board made its recommendation following detailed consideration of the comprehensive host candidate evaluation report. In line with World Rugby’s mission to deliver a ground-breaking, rigorous and fully transparent host selection process for its showcase event, the report is being published today as agreed by Council.

The evaluation report can be accessed in full HERE.

The evaluation of the detailed bid submissions has been led by a team of World Rugby and external area experts. This was supported throughout by stringent independent evaluation and analysis from The Sports Consultancy to ensure evidence-based objectivity and consistent application against a set of weighted scoring criteria based on the following World Rugby objectives, which were agreed by the Board, noted by Council and communicated to the host candidates:

“The comprehensive and independently scrutinised evaluation reaffirmed that we have three exceptional bids but it also identified South Africa as a clear leader based on performance against the key criteria, which is supported by the Board in the recommendation.

“I would like to congratulate South Africa on a superb bid and all the bid teams for their dedication and professionalism throughout the process to date. Our colleagues on the World Rugby Council will now meet on 15 November in London to consider the Board’s recommendation and vote to decide the host of Rugby World Cup 2023.” 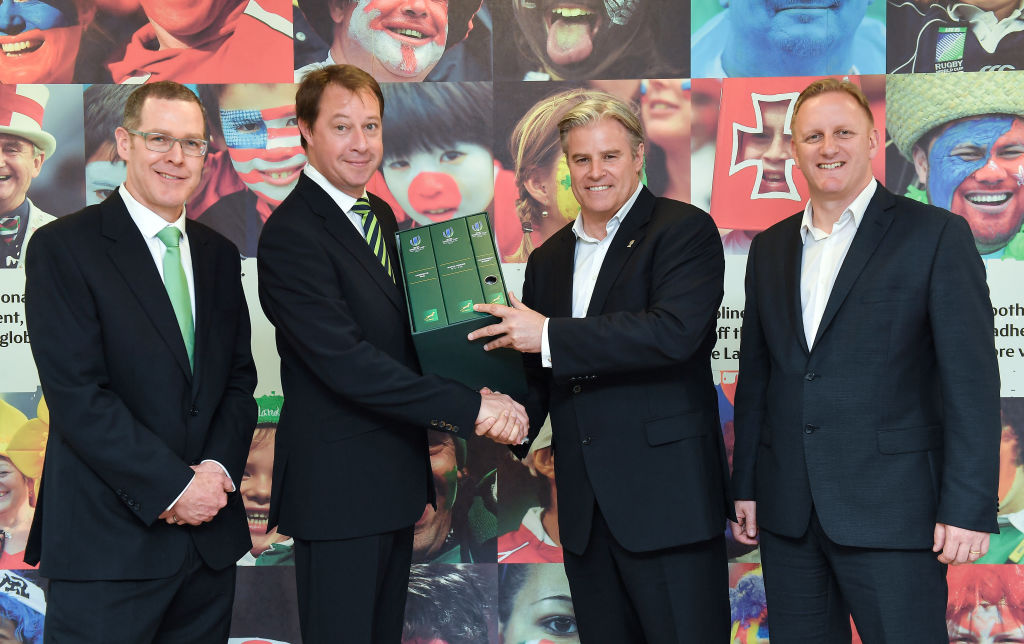 Independent auditors will oversee the process and the vote on 15 November, which will comprise a total of 39 votes, with a simple majority required to select the Rugby World Cup 2023 host.

For a video explanation of the RWC 2023 host selection process click HERE.

The Rugby World Cup 2023 host selection follows a complete redesign of the bidding process to promote good governance and transparency, while providing prospective host unions and governments with an opportunity to gather all the information necessary to ensure hosting capability prior to moving through the process. This re-modelling has been assisted by The Sports Consultancy, which helped develop the documentation and tools and supported World Rugby throughout the process, including the evaluation and assessment phase.

During the applicant phase, the first phase of the process, interested unions were provided with the criteria for evaluation. Initially, there were four applicant unions, but Federazione Italiana Rugby withdrew its application, leaving Federation Française de Rugby, Irish Rugby Football Union and South African Rugby Union to proceed to the candidate stage, which in itself is a mark of their ability to host. On 1 June, 2017, the three candidate unions submitted their full bid documents, which were evaluated by the World Rugby Technical Review Group. The group submitted its report to the Rugby World Cup Limited Board, which in turn made its recommendation to Council today (31 October) prior to the vote on 15 November.

On Wednesday 15 November in London, World Rugby Council will decide which candidate union will host Rugby World Cup 2023. The three candidate unions will not be able to vote during the process.

That means, in total there are 39 votes left to be won, split up as follows: