Australia and South Africa played out a 23-23 draw in their Rugby Championship round three clash at nib Stadium in Perth after Wallabies led by 10 points.

Nothing could separate the two teams at the final whistle in Perth in a physical and very tight tussle. Both sides scored their points in identical fashion: two tries, two conversions and three penalties each.

South Africa scored the game's first try. Scrum-half Ross Cronje offloaded to outside centre Jesse Kriel, who hoofed the ball downfield for the galloping Raymond Rhule to chase. He shouldered off Wallabies skipper Michael Hooper, giving Kriel space to collect his own kick and score unopposed in the right hand corner.

Moment later the Wallabies scored their reply try. Full-back Israel Folau jumped and tapped back a kick-off to Adam Coleman. The ball found inside centre Kurtley Beale, who utilised his vision and footwork to run around the Bok defenders to score. Foley landed another penalty just before the half-time hooter to give the home side a three point advantage at the break.

A fantastic driving maul saw Australia hooker Tatafu Polota-Nau score a converted try early in the second half. South Africa reduced the home side's lead to seven points after Jantjies slotted another penalty kick which was awarded after a Wallaby was caught offside.

The Springboks then scored a levelling converted try after a 20 metre maurauding maul resulted in a try for Springbok hooker Malcolm Marx. After 67 minutes, a monsterous Bok scrum from five metres out resulted in a penalty awarded which Jantjies duely converted.

Foley responded with his third penalty conversion after South Africa illegally cleared out the scrum-half. Posession was exchanged numerous times in the last five minutes but the drama ended with a 23-23 draw. 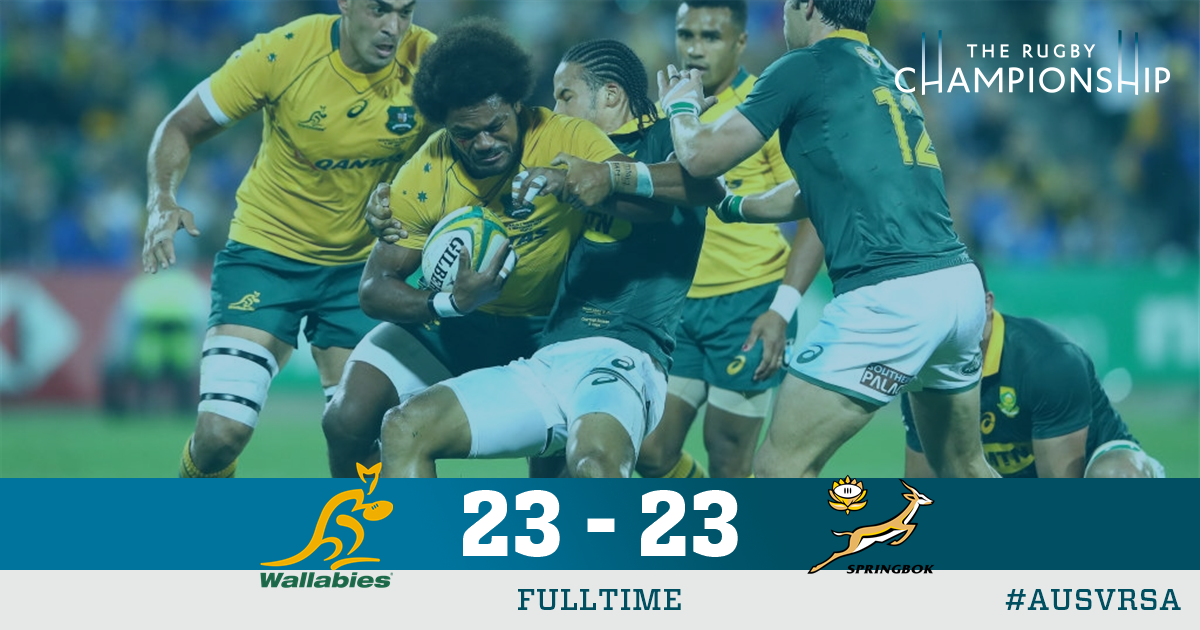